Celbridge and Confey march on 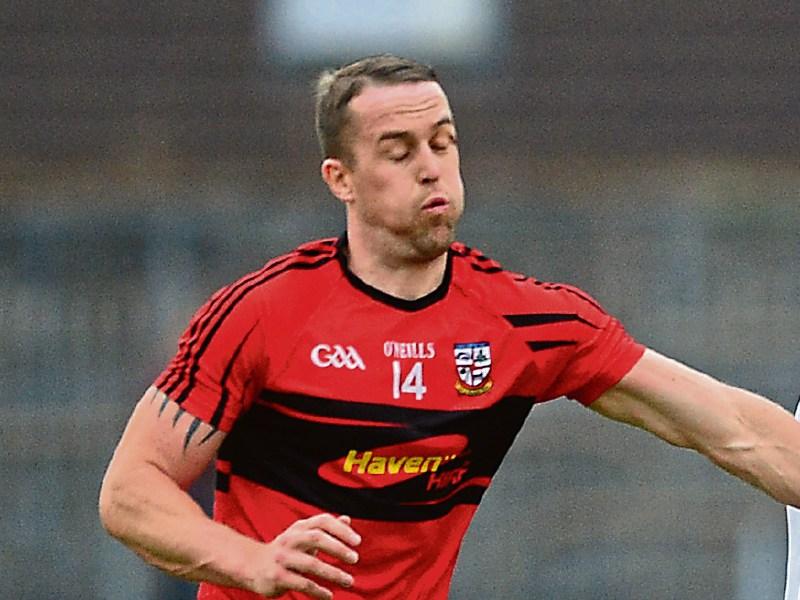 David Hughes, on the mark for Celbridge against Naas in the Joe Mallon SFC Round 2, replay

Celbridge and Confey both booked their places in the quarter final of the Joe Mallon Motors SFC, after defeating Naas and Leixlip respectively in Wednesday nights (August 17) replays.

In poor conditions at Hawkfield Celbridge, having controlled the opening half, led 2-6 to 0-1 at half time, the goals coming from David Byrne and David Hughes.

However, on the resumption Naas took control around the middle and dominated for the opening 20 minutes creating numerous goal opportunities but Celbridge goalkeeper, Shane McNamara, was in brilliant form and while Eoghan Bateman did get one past him, the county keeper denied Ronan Joyce on three occasins and Brian Kane with a brilliant save.

Naas got the lead back to just three points but that was as good as it got as Celbridge scored two late points to book their last eight spot on a score line of Celbridge2-8 Naas 1-6.

Meanwhile in Kilcock, Division 1 champions Confey, made no mistake at the second time of asking defeating local rivals Celbridge 2-9 to 1-7