Senior Championship replays down for decision this Wednesday 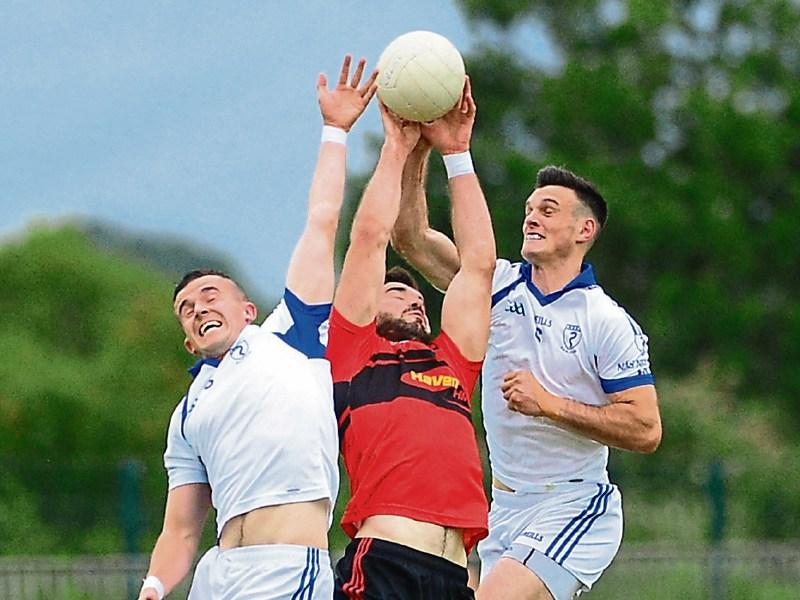 Brian Kane and Eoin Doyle of Naas up for the ball with Fergal Conway of Celbridge in the Joe Mallon Motors Renault Senior Football Championship game at St Conleth's Park, Newbridge

GAA fans in Kildare are due for a mid-week treat with the two drawn senior football championship games from last weekend, Naas v Celbridge and Confey v Leixlip, down for decision on Wednesday evening (August 17).

Hawkfield is the venue for Naas v Celbridge, following a draw game that ranks up there with the best that has been seen in Newbridge for many a long day.

In Kilcock, Confey and Leixlip battle it out again for, not alone a place in the quarter finals of the Joe Mallon Motors SFC, but also the bragging rights in this local derby clash.

If the games come anywhere near the standard and excitement as last Sunday then they are not to be missed.

The Hawkfield game throws in at 8 while action gets under way in Kilcock at 7.30.