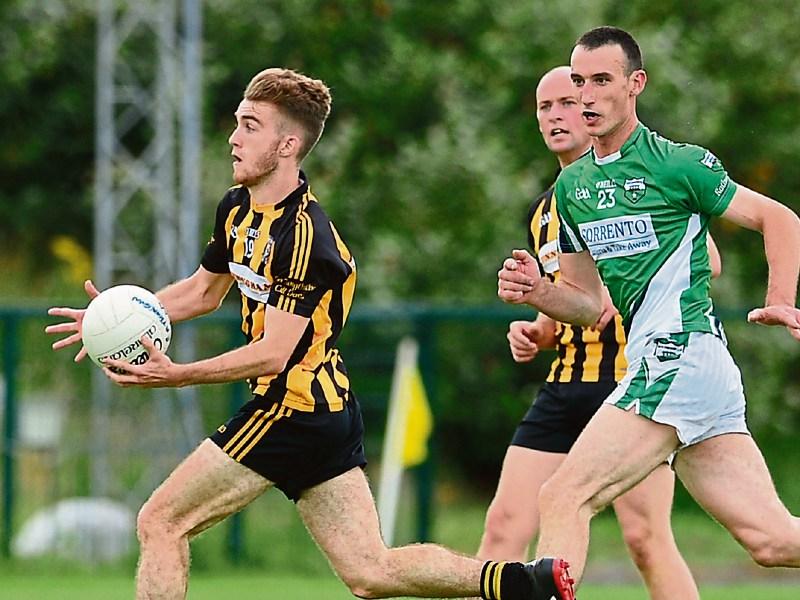 Stephen Comerford of Round Towers against Rathangan in the Intermediate Football Championship game at Hawkfield.

Naas and Celbridge played out a magnificent draw on Saturday in Round 2 of the SFC, on a final score line of Celbridge 0-19 Naas 2-13, while Carbury had too much to spare over Allenwood, winning 2-17 to 0-7.

Meanwhile in the intermediate championship Two Mile House handed Castlemitchell a right good hiding 7-11 to 0-5; Round Towers got the better of Rathangan (0-15 to 1-9).

In the Junior Championship there were wins for Caragh over Kildangan; Kilcullen over Cappagh; Milltown defeated Ballykelly while Grangenolvan got the better of Robertstown 2-13 to 0-9.

Meanwhile Moorefield and Johnstownbridge go into action today (Sunday, August 14) at St Conleth's Park with a 1 pm throw-in followed by Confey and Leixlip at 2.45.

Two intermediate games down for today have been moved to St Conleth's Park (from Hawkfield). Nurney take on St Kevin's at 5 with Raheens and Clogherinkoe in action at 5.30.

Reports of all senior, intermediate and junior championship games in this week's Leinster Leader, in the shops Tuesday morning.