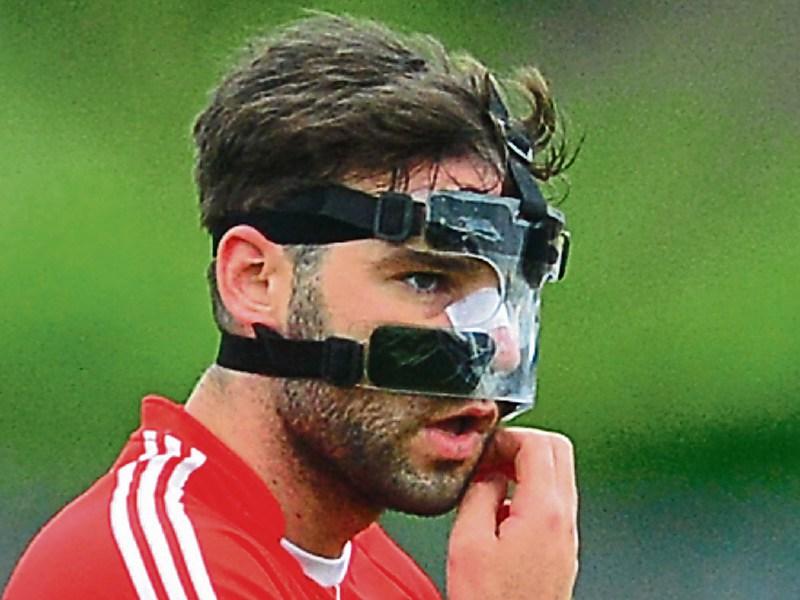 Athy's Liam McGovern, having picked up a broken nose the previous week, wearing a protective face mask against Clane in the Joe Mallon Motors SFC

No major senior championships shocks last weekend although champions Sarsfields had to muster up all their reserves before putting Maynooth away, with the rest more or less going along expected lines.

In the intermediate, however, there were a few games that earned some punters added bonuses, according to the grapevine.

Ballyteague, by all accounts, were very well supported at 3/1 to defeat Kilcock but the big one came on Sunday when Suncroft (odds of 11/2 and even 8/1 in one establishment) were snapped up with one well known GAA punter (who shall remain nameless) taking full advantage with what could be described as more than a decent wager.

The Croft won comfortably against Straffan who were quoted at 1/6 and even 1/10 in some places to win the tie but put in a performance that if the game had been held up at the Curragh, the stewards would no doubt have called them in seeking an explanation as to their inept 'running.'