Some cracking championship games down for decision in Kildare this weekend 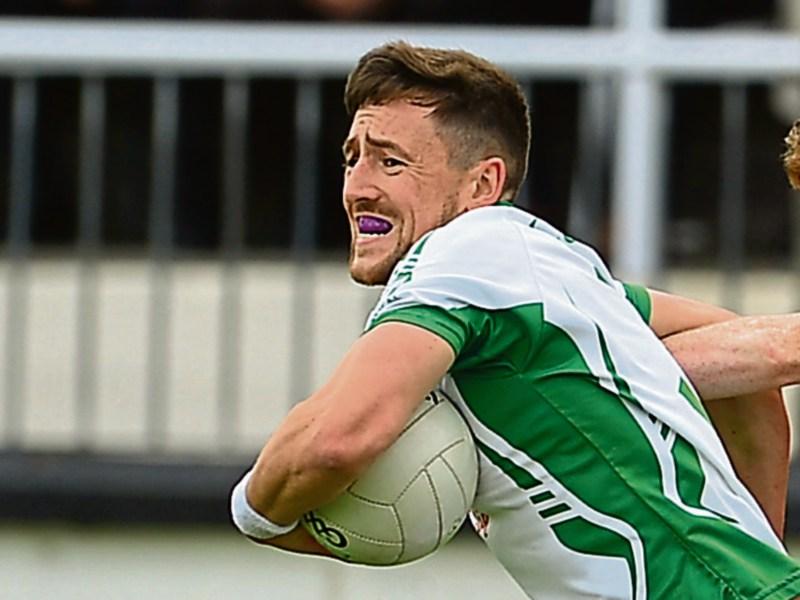 Following last weekend's round of championship fixtures we now turn our attention to this weekend's fare which sees the last four (Round 2) senior and intermediate football games down for decision.

On the senior front, St Conleth's Park hosts two games on Saturday, Carbury take on Allenwood at 17.00 while Celbridge take on Naas at 18.45.

Carbury went down to Sarsfields in their opening game and while the champions were warm favourites to win with ease they were pushed reasonably hard by Carbury who simply refused to go away before going under in the end 1-15 to 1-13.

Allenwood played Naas in their opening round and suffered a heavy enough defeat and while Ray Sullivan will have The Blues well up for this one it is difficult to see anything but a Carbury win.

The second game at St Conleth's Park could be a cracker. Naas, who played well defeating Allenwood in their opener, take on Celbridge, who put down a big marker against Athy in Round 1, handing one of the fancy sides a bit of a trimming 2-15 to 1-8.

It was a very impressive, not only win but display, from Trevor O'Sullivan's side. However following Athy's loss to Confey in the Leader Cup final one could genuinely question if the boys in red have slipped a peg or two, although they bounced back last weekend handing out a heavy defeat to a poor Clane side.

Naas, with Eoin Doyle and Eamonn Callaghan in their ranks, enjoyed a decent league and will be hoping to book a quarter final spot this weekend but if Celbridge can reproduce the form they showed against Athy, it is hard not to see them winning this one.

On Sunday it's back to St Conleth's Park once again where an intriguing battle between local rivals Confey and Leixlip will go into action at 14.45, preceded by Johnstownbridge and Moorefield at 13.00.

Confey, fresh from bringing home the Leinster Leader Cup for the very first time in their club's history two weeks ago, will no doubt be hoping to build on that impressive win in this game against neighbours Leixlip.

Confey are a big physical side with a lot of pace up front as emphasised against Athy and they showed in that decider when the pressure came on in the final ten or twelve minutes they had the wherewithal not to panic, getting the vital goal from goal machine David Slattery they held off the expected Athy rally.

Leixlip had their expected win over Eadestown in their opener and while they won that one reasonably well, nevertheless Confey get the vote while keeping in mind a local derby clash does not always go along the expected lines.

The final senior game of the weekend sees Johnstownbridge take on Moorefield with the early throw-in time of 1 pm.

Another game that on paper, and taking league form into consideration, should go the way of Kenny Duane's Newbridge boys.

Johnstownbridge had a dismal league campaign, albeit with a number of familiar names missing through injury but they will certainly be up for the challenge on this occasion.

Moorefield, on the other hand, just missed out on reaching the MD Sports SFL Division 1 final, finishing in third position. They turned on the style against Clane in Round 1 and if they can repeat that form it would be good enough to book a quarter final spot but we can expect The Bridge to be a completely different side than Clane.

The vote here goes to The Moores but certainly it is a game that could be a lot tighter than league form would suggest.

A couple of ding-dong battles can be expected in Round 2 of the intermediate championship.

The opening game here gets under way on Friday night in Hawkfield where Castlemitchell will play Two Mile House.

Both lost their opening Round 1 game and both by a single point; Castlemitchell to Suncroft while The House went down to Raheens after a right old tussle.

Moving on to Saturday and again at Hawkfield, Round Towers and Rathangan go into battle in a derby clash at 3.30.

The Towers, under manager Glenn Ryan were pushed all the way by Kevin's before going on to win 1-18 to 2-11 while Ellistown went down to Rathangan, we are told, for the first time in their history.

Like all derby games, and especially in championship, this could be closer than most might expect but Towers, one of the fancied sides to go all the way in this championship, get a confident vote to book a quarter final berth.

And so it's on to Sunday where Hawkfield will host the final two games in this grade in Round 2.

Nurney and St Kevin's go into action at five bells. Both suffered set-backs in their opening games. Nurney went down to Kilcock (1-13 to 1-7) in a deferred game while St Kevin's put up a decent display against Towers before giving way by four points.

A difficult one to call, Nurney may be short a player or two due to players in the US and that could be enough for Kevin's to record a win.

The final game in the intermediate has the potential to be one of the best of the weekend where two teams that have eyes on going all the way, Clogherinkoe and Raheens clash.

The Cloghs are in flying form, having not only gained promotion to Division 1 but also being crowned Division 2 champions.

Raheens on the other hand had a very decent league retaining their Division 1 status on their first season back in the top division.

Raheens defeated TMH by a point in their opening game while Clogherinkoe defeated Sallins by six points.

A difficult one to call, Raheens will be without David Fitzpatrick (States) while the participation of minor stars Jack Robinson and Paddy Woodgate, one way or another, could have a major bearing also.

This is one that just might need a replay, two teams on the up-and-up, plenty of decent footballers on both this just could be one of the games of another very busy weekend.