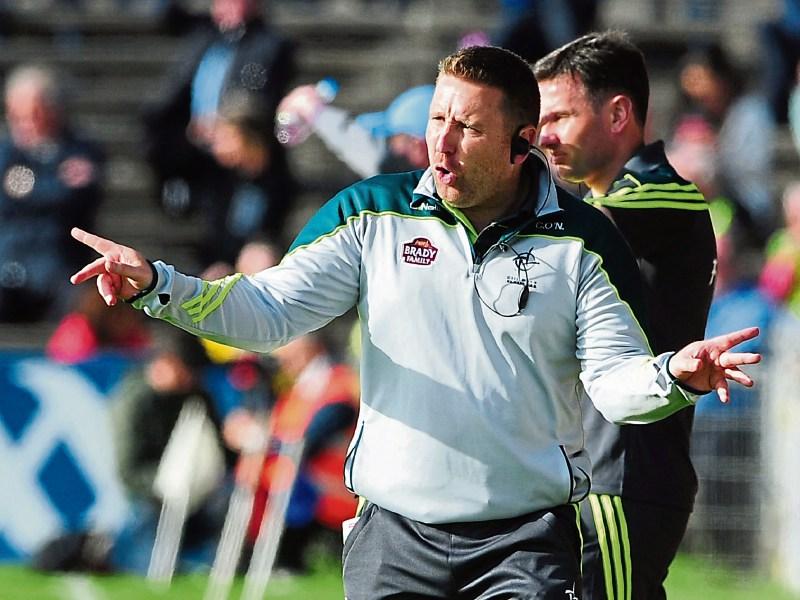 How many times do you see a team dominate midfield and yet not get enough off that in terms of scores, asked Cian O'Neill after Saturday's defeat to Mayo.

The Kildare manager adding “Kevin (Feely) was fantastic, we tried to play him outfield for kick outs; then get him drifting in when we could for long balls as we felt it was part of the game we could do well on but we did not get as much off him (not his fault) in terms of quality ball but also the players playing off him even when we had him there (at full forward) as a fixture, which was disappointing as we planned it but unfortunately it just did not come off for us on the day.”

The manager added that “we must remember Mayo are in year six with 85 to 90 per cent of the same panel along with a couple of guys that have come back into the panel but what was also very disappointing we brought a lot of ball into contact, so we really gave them that opportunity; they are probably one of the toughest and hardest tackling teams in the country, along with Dublin and Kerry.”

Colm Boyle picked up a black card for a type of cynicism that could be described as the difference between a Division 1 team and a Division 3 side?

It’s tactical, said O'Neill, adding “the difference in fouling between the teams I felt was we fouled naively while Mayo fouled tactically."

Full report, analysis, comment in this week's Leinster Leader, in the shops now.