Lester Piggott - celebrating a racing legend at the Curragh 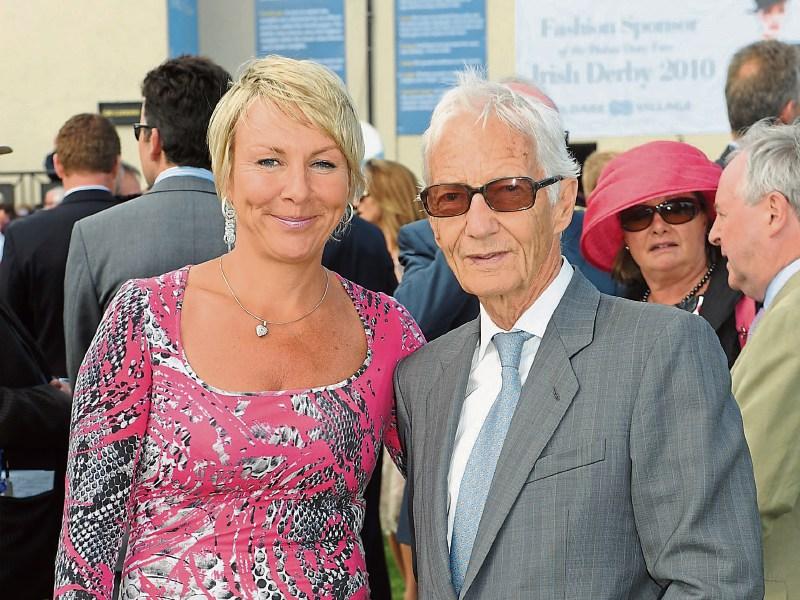 Lester Piggott and his daughter Tracy

He rode his first winner at 12; was champion apprentice at 15 and won the first of his 30 English Classics at just 18 years of age.

Lester Piggott is more than a mere legend; he is in fact a racing icon; a once off; a man that during his life had one obsession and that was simply to ride winners.

At the age of 54 he rode what many observers believe was his greatest ever ride when winning the Breeders’ Cup in Belmont in 1990 steering Royal Academy to victory with perfect precision and timing.

Curated by racing memorabilia collector Nick O’Toole, the exhibition will showcase some rare and never-before-seen memorabilia, including pieces kindly loaned by the Piggott family along with such items as the saddle Piggott used when completing the Triple Crown in 1970 with Nijinsky winning the 2000 Guineas, The Derby and St Leger; the saddle used on Sir Ivor in the Irish Derby, a colt the great man says was the best horse he ever rode.

Other memorabilia, amongst a host of material, include Breeders Cup Trophy (Royal Academy); the nine Derby race cards in which he was successful; Sports Star of the Year Award trophies from 1968 and 1970, along with various other material including paintings and his own personal photo albums which he collected as a teenage jockey.

The exhibition will be open to the public in a specially designated area across from the Parade Ring this Saturday and Sunday where Lester will be available to sign copies of his book.

The Tattersalls Irish Guineas Festival takes place on May 21-22 at the Curragh. Saturday’s race card sees the first race off at 3:25pm, and includes the feature race, the Tattersalls Irish 2000 Guineas, where Europe’s top colts will battle it out for racing glory.

Sunday is Ladies Day and also promises to be an exciting day of racing with some of Europe’s best fillies competing for classic race glory in the Tattersalls Irish 1000 Guineas.

The day also boasts the Tattersalls Gold Cup and the Irish Tatler Handicap, with the first race going to post at 1:20pm