Ten reasons why Kildare haven't won the All-Ireland since 1928

Ten of the best reasons why 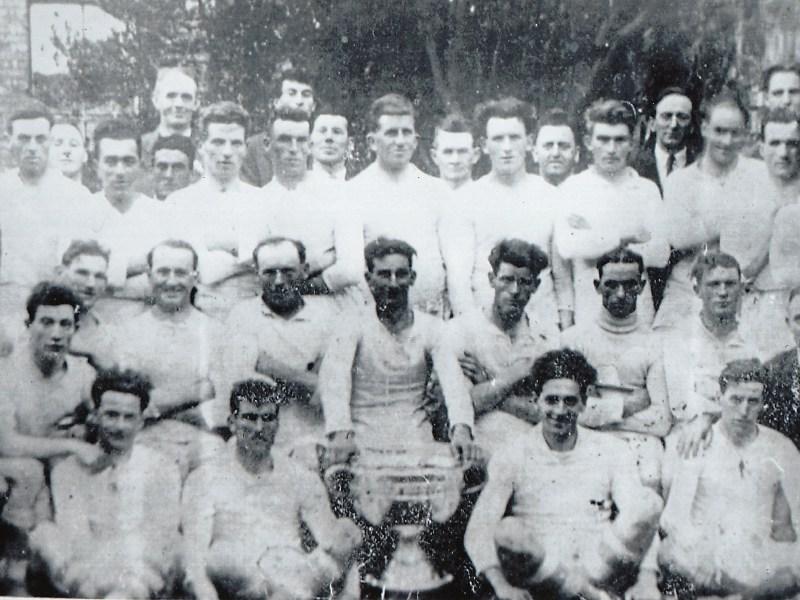 The victorious Kildare men of 1928 — why haven't we seen their likes since?

There are many reasons why Kildare hasn’t won a senior All Ireland football title since 1928. Here are just ten of the best.

Kildare just isn’t a united county; it’s all over the shop. It’s three counties in one. There’s North Kildare, mid-Kildare and South Kildare. And there’s no main town because while Naas has the Kildare County Council offices and Naas Hospital, Newbridge is the premier retail venue and has the swankier fire station.

The opposite to this is, say, Limerick which has a large town, or city, and a collection of one horse towns looking lovingly towards it, like Portlaoise in Laois or Galway in Galway or Sligo in Sligo or Longford in Longford.

You know about the Mayo curse cast on the last All-Ireland winning team, who allegedly whooped and hollered their way past a funeral cortege on arrival home.

Well, Kildare has its own. Legend has it that Kildare won’t win another All-Ireland until it changes the all-white strip.

Kildare wear all white because it was adopted from a Clane championship winning team back in the day.

Clane had borrowed their jerseys from the Clongowes Wood College rugby side. Clongowes changed to purple and white hoops and their luck turned.

The jersey doesn’t cut it. There’s something just a little blousey and  flakey to the appearance of all-white. (There are no lusty shoulders thrown at Wimbledon or during cricket games).

Traditional it certainly is, if a little watery, and while we’re all in favour of maintaining tradition, just maybe a change of colour would do the trick.

Kildare ought to use the “away” strip as the main colour. In case you don’t know, it’s a kind of olive green suggesting the arrival on the field of military personnel (that might just put the wind up the Dubs).

No other nation has put rugby’s near unbeatable All-Blacks to the sword as often, including three tests in a row in 2009.

It’d be unfair to ascribe the Lilywhites’ commitment to one story but this one tells us something about how we think.

In 1978 Kildare got to a rare Leinster final and were trailing Dublin by a dozen points at half time. The manager tried to motivate the players before they departed for the second half.

“Who’s gonna win this match,” he shouted at them, but was greeted by silence. Jumping on to the table now with a demonic head on him, fists clenched, spits and snots flying out of him, he bellowed: “Who’s goin’ to win this f….. match ?”

One of the players felt a little uneasy in the silence.

“You’d have to fancy the Dubs,” he offered, with a little too much honesty.

The big towns don’t contribute enough. If only there were more Newbridges about. Sarsfields and Moorefield  are the anchor of the GAA in County Kildare, dominating the senior football scene to the embarrassment of the other clubs. No other club has won one since 2010, apart from Athy’s success in 2011.

North Kildare is a population oasis but a footballing desert. Leixlip has never won a senior championship. Celbridge has just one and that is of relatively recent vintage (2008).

Maynooth’s sole success was the year after the Titanic sank.  The smallest town, Kilcock, has five titles, but the last of those was nearly 60 years ago.

Unlike Newbridge, Naas has just one senior club serving a similar size population. Tralee has three.

While the Naas senior football side has made good  progress in recent seasons, it’s remarkable that the last senior success is more than a quarter of a century ago now, given the population and the captive audience.

That said, it provides games for the legions of children growing up in the town and it’s the best juvenile hurling club by several country miles.

The lack of success achieved by Kildare underage teams can’t be overlooked. Minor football teams, to be fair, have been successful in Leinster in 2013, 2015 and 2016.

No Kildare club has brought home an All-Ireland SFC title.

Only two clubs, Moorefield in 2006 and Raheens back in 1981, have won the provincial title.

To put this in context, two Wicklow clubs have also won provincial honours and one each from lowly Wicklow and lowlier Carlow have won the All-Ireland club title.

Irrational Exuberance among the faithful

This year, as Dublin slashed and burned their way to a third successive All-Ireland, they met Kildare in the Leinster final. In what was a decent game of football, the Dubs progressed with something to spare.

Some of us took too much solace from the fact that Kildare were the only team to score a goal against them in Leinster.

It’s like the story of the sports editor on a regional newspaper in Scotland, who was hard pressed to put a positive spin on the report of the locals team’s 8-0 defeat.

’Blues involved in eight goal thriller’ was the headline.

For the past few years the county crest has been a pretty enough artistic formation.

It features  arching figures which represent the various GAA sports or codes (as the GAA likes to call its own sports, like they’re some kind of mystery only understood within).

Bring back the old one, we say, with the acorn and the lily and referencing Cill Dara rather than Kildare GAA.