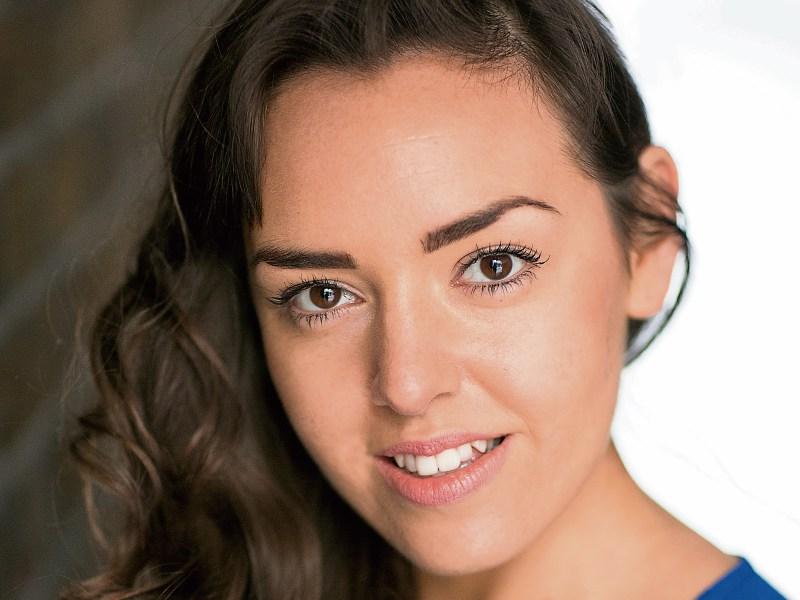 2016 was a year of personal tragedy and professional accomplishment for up and coming Kilcock actress Orlaith Carr.

Just over a month ago, the young Kildare woman had to return suddenly from her work in France with a theatre company, because her mother, Cathy, was seriously ill.

Sitting her dad, well known Kilcock based photographer, Kevin Carr, in the kitchen of their Court Park home on December 20, she told us about the minor drawback to her job touring with the theatre company in rural France.

When she got the call from Kilcock about her mother, Cathy's, serious condition, she had to make a quite a complicated journey from a rural French location to get home.

Thankfully Orlaith was successful, reaching home in time. Her mother passed away at the end of November after a six year battle with cancer.

Orla works with French theatre company Emerald Isle, which performs plays with an Irish twist in English for students who are learning the language.

A native of Kilcock, she was educated at Scoil Ui Riada primary school and at Scoil Dara secondary school in the town.

She got what was described as a “superb” Leaving Cert, which she finished at the young age of 16.

While her sister, Michelle, headed off to a career in banking, Orlaith decided to pursue her love of the stage.

At first she attended Sallynoggin College and obtained a one year FETAC certificate in performance and dance.

She then moved to the Monkstown College of Dance and did a two year professional diploma.

Her efforts there won her a scholarship to the London Studio Centre, where she did a degree in musical theatre.

That came with an honours tag and Orlaith graduated in July 2016.

Among her projects was a mini thesis, “The Changing Image of Irish Identity in Musical Theatre Over the Years”.

She returned to Kilcock where she ran a summer camp at Scoil Ui Riada, teaching performance arts.

With the aid of a grant, including one from Kildare County Council (“they were very good,” she added) she did a stint with the National Youth Theatre (NYT).

That included doing a play with Owen Horsley, Director of the Royal Shakespeare Company and training with the NYT for a month.

She was delighted with that.

“They got over 5,000 applications and I was the only Irish girl to be accepted,” said Orlaith.

In July, also, she auditioned for a role with the Emerald Isle Theatre Company.

Success followed there and she began rehearsing in September in Dublin.

They moved to Brussels in October and have been touring in France with two musical plays. Singing, dancing, acting, playing the fiddle and doing workshops are part of the role during an eight month tour.

Belgium, Luxembourg and Switzerland are also on the schedule.

She has been enjoying it immensely. “It’s like being on holiday,” said Orlaith.

The company is run by Xavier Hock and Christine Beziat.

Xavier has spent some time in Ireland over the years.

The two plays they are performing are set in Glendalough and Tory Island.

The contract will be up next May. But for the moment, Orlaith is “getting paid to see the world”.

It is clear, that her dad, Kevin, is proud of her.

The three of us sat down for the chat and Kevin flowed with information before Orlaith could get a word in edgeways.

Any ambitions for the future? “It’s my dream to be on the Abbey stage,” she said.

It is not recommended you bet against her.

She knows something of it. Her thesis, “The Pliable Paddy: The Changing Image of Irish Identity Portrayed Through Musical Theatre,” takes you through a series of well known films and plays.

Her conclusions may not be comfortable for everyone.

“It would be easy to conclude that the changing image of Irish identity is of a progressive, positive nature, but that is not the case.”

She argued that musical theatre has been used in the past as a poweful outlet for defining and redefining relationships between Ireland and the rest of the world and will continue to do so.”