Believing in a future in fashion for Coill Dubh's Tracy 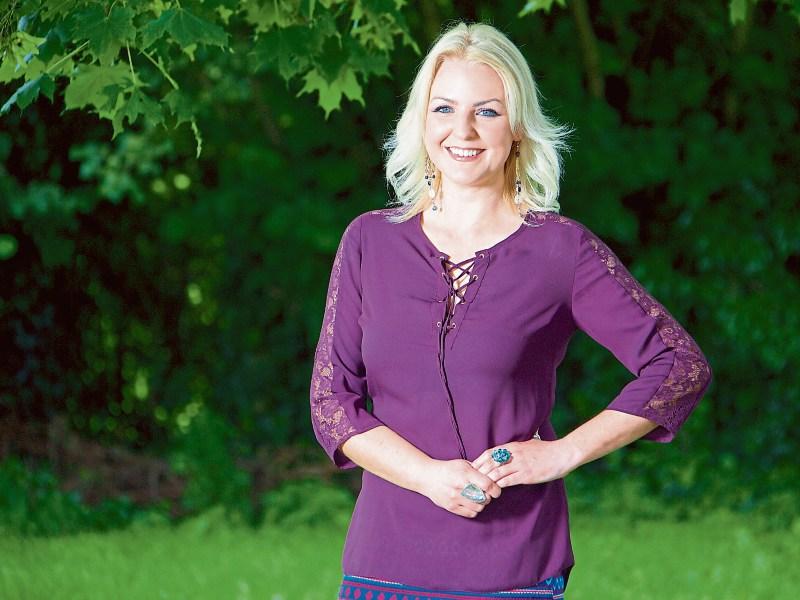 How a few months can change a life.

What a difference a year can make — even a couple of months.

Earlier this year, in March to be precise, 30-something year old Coill Dubh mother of two Tracy Mulreid felt her life was at a cross roads.

And now she’s preparing to launch her first fashion line.

“Back in March I was at a bit of a loss, didn’t have much confidence in myself,” she admits.

She remembers the day she picked up The Secret, a book by Australian Rhonda Byrne which encourages people to use the power of positivity in a practical way in their lives.

And since she read the book “amazing things started happening in my life”.

She read the book feeling she had nothing to lose.

“I was basically feeling a bit down in myself.”

The Secret urges people to do a couple of things, like writing down the 10 things you’re grateful for in their lives.

“Things started going great for me there and then,” Tracy says.

“I had started to wonder if my art was any good if it would sell, so I started believing in myself and my portrait business has really started to grow and not eased up since then.”

Another element of the book is to encourage readers to try to think of things that have never been invented.

So she came up with a unique concept for a coat — essentially one that allows the wearer to change the length of it — or to turn parts inside out to change the colour.

An initial version of the coat was created, and it is still in development.

“I searched for it online and could find nothing like it,” she said.

Then some time later, one night she was on the phone to an acquaintance chatting about a tattoo design that Tracy was to design for her.

“This might sound weird,” the woman said to her “but have you ever done anything with fashion?”

Tracy explains that the woman is a psychic and felt that she was being told that Tracy should go into fashion.

“She was able to describe my coat to a T.”

Except that she had no idea how to approach getting into fashion.

And that’s where well-known Prosperous musician Mick Dunne stepped in.

“He was over discussing some art work and I happened to mention this idea I had.

“So a few days later he rang back and said he had great news. He had been gigging in the Corner House in Clane and got chatting to Frank Owens, the official sponsor and designer behind the Miss Ireland competition.

“Mick said he’d love to meet me and to mentor me.”

So she took Frank’s number and rang him and they met up.

Mr Owens has a premises in Ballymount and is establishing a new business with Tracy.

“He has a girl who was involved in Lord of the Dance as well.”

In more recent times, Mick Dunne has entered her life again as his daughter Niamh is the current Miss Kildare, bound for the Miss Ireland Finals.

Niamh wanted a Kildare based designer to do her dress, which is lead to her producing the dress, pictured right, and which is being modelled by Robertstown model Shannon Balfe.

“The big message is that no dream is too big,” she says, adding that the book’s message of gratitude and positivity can be applied to anyone."