Special feature: Donnelly Mirrors 'was like nothing else we'd seen before'

10 years on, fond memories of the Naas plant 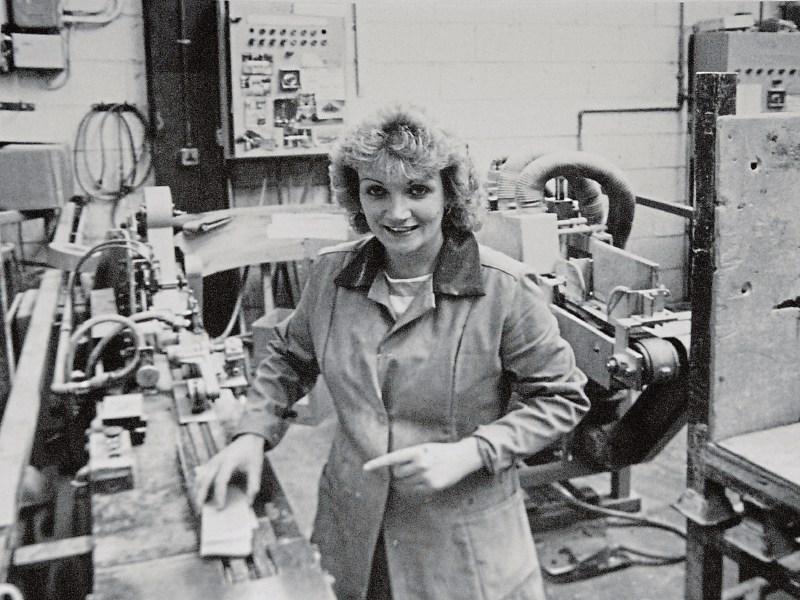 “It breaks my heart every time I go by it. I was there for 32 years and I loved it. It took me a year to get over it.”

Next month, in July, it will be 10 years since Margaret Brereton, and most of the rest of the staff of Donnelly Mirrors finally left.

It would take approximately another year before it was fully wound down, with only a skeleton staff present to tie up loose ends.

On June 17 an estimated 300 former staff members will meet in Toughers for a reunion, to recall all the good times at the place they all worked, a place they all say was the best place they ever worked.

The Donnelly Mirrors plant on the Dublin Road in Naas was opened in 1968, destined to be the European presence for the Donnelly Corporation from the small city of Holland in the US state of Michigan.

The company was started by Irish American John Donnelly and his famly retained control of it until it was sold to Magna, an enormous Canadian car parts manufacturer, in 2002.

The Donnelly Corporation was a world leader in the field of mirrors for the auto industry, producing at one point two thirds of the world’s inside car mirrors.

Even today, in older Renault, Peugeot and Citreon cars, if you look at the back of the black plastic casing around the rear view mirror, you'll see the word “Donnelly”.

The Naas plant served the European car manufacturers, providing either the complete mirror (with plastic casing) or just the mirror itself to household-name French, German and Italian manufacturers.

At its height, the Naas facility had in excess of 400 employees.

“When it arrived first, it was like nothing we had seen before,” Margaret explains.

“It was very new and Americanised. Their approach to people was very different compared to other companies of the time.

“There was never a Mr So and So or a boss — everyone on first names terms, from the MD to the president of the company in America, and that was a new thing in this country.

“They were very caring to employees. They used to pay your VHI, sick leave, pension contributions and all kinds of things.

“And they had very good schemes, which were very much envied by others.”

This reporter was the recipient of same, with the pay being £100 a week — significantly more than you’d get on the dole at the time!

“It was very family oriented,” Margaret continues. “There were lots of brothers and sisters there, or the children of employees. There were a lot of marriages through Donnelly’s.

“They were one of the best paying companies certainly in the country.”

“There was a wonderful social club there (which employees made a contribution to) which ran field days and Christmas Parties for the kids with presents from Santa Claus.

“Donnellys always entered a float in the Easter Parade — and they took that every seriously!”

Margaret recalls that the founder John Donnelly wanted the company to be like a big family.

Kerry man Jim O’Sullivan remembers that in his interview to join the company he was referring to the man who was interviewing him as Mr Thorbury.

“We've dispensed with all that, you can call me Art,” was the response, and his introduction, August of 1968, to the informality of the company’s culture.

“It really was the influence of the Donnelly family on the business. With John Donnelly senior, in particular, people we would have a relationship throughout our tenure with the company.

“He was focused on a participative management style — he encouraged to bring their heads to work as well as their hands, that was a saying of his.”

According to Jim, Donnelly had a thoughtful approach to management.

He explained that while there are some management styles that see workers almost as automatons who just did as they were told, there are others who recognise that humans are social animals, and respond to being encouraged.

“So he recognised that aspect of their humanity,” he explained.

He felt that people would feel like they had been properly compensated and remunerated for their work, “although we had our own internal conflicts in that time.

“But the most striking thing for me was that for all the internal arguments and disputes, Donnelly people were very clannish in a family sense.

“There were several incidences where people would have gone through hard times or traumatic times, and people rallied around. They would pledge support, and often that was in the form of some money.

“People would often have given their monthly bonus towards the needs of colleagues. People just did it. Like you would do a family member who needs a dig out.

“For me that sums up an awful lots of the inter relationships of people.”

Margaret Brereton says she joined the company in the early 1970s and was heartbroken when it closed.

“It took me a year or more to get over it. Even today when I drive past it, it’s very sad.

“There was always a great pride in the company and in the premises, and to see it looking like that, is terrible.”

Her memories from the factory, on a day-to-day basis, involves great camarderie and craic, and playing cards.

“Oh they were very serious altogether. If you put down the wrong card, my God you’d be afraid of your life, you wouldn’t show your face around for a few days!”

She has a great memory of happening to mention to Donnelly, when he was on an Irish visit, that she was planning on attending a wedding in Pittsburgh.

By way of conversations, she enquired if this was far from Michigan. The following morning she was told that she’d be visiting the plant in Michigan during her trip to the US, at the company’s expense.

“They had somebody waiting at the airport for me, they had a hotel for me, brought me out to dinner, gave me a big clap when I arrived into one of their meetings — and then John Donnelly called for me and we had coffee together.

“Jayney it was like being a VIP! It was incredible!”

In the 10 years that have passed the connections are intact. “There’s still contact there. The bonds have not been broken.”

These days, the bonds are renewed at funerals of employees.

Those who are left say that it is a bittersweet way to renew acquaintances — and the reunion will likely be a more pleasant experience for them.

And the factory, once a bustling place with people working there 24 hours a day, is now eerily silent.

The building and the land around it has been sold twice in the meantime, with rumours abounding that more money was made from that than had been made in profit by the company.

And the building has been subject to extensive vandalism, with a fire having been set there at one stage.

The Donnelly Corporation is no more, having been subsumed into the enormous Magna clongomerate.

And it’s believed that the jobs went to plants in Slovakia and Spain, from whence our car mirrors now hail.

“We’ve had a huge reaction to the reunion. There’s already 250 to 300 people looking for tickets,” Margaret says.

“But it’s not just a reunion — it’s also a fundraiser for the Little Way Cancer Support Centre in Clane.”

A former employer used the centre when she was ill. She eventually passed away and, according to Margaret, some funds left over from the Social Club fund was donated to the centre. This lead to the creation of the ‘Donnelly Room’ at the centre.