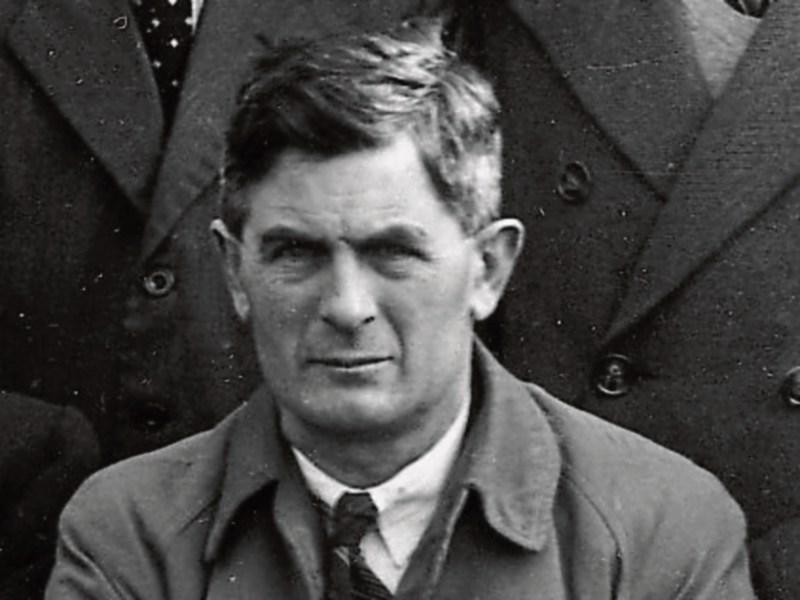 Between the years of 1947 and 1957 the Bureau of Military History collected almost 1,800 witness statements, 334 contemporary documents photogrpahs and voice recordings from people who had been
involved in the 1916 rising, the War of Independence and the Civil War.

The idea was to record the history of that time for the purpose of future historians.

For 45 years the history was locked away in the Department of the Taoiseach and finally opened in March 2003.

There are a number of Kildare related witness statements, and one of the most prominent of which is that of Tom Harris, a man who would go on to be a Fianna Fail TD for Kildare from 1931 to 1957.

He is also one of the few Kildare men to be in the GPO, having gone in with what are generally known as the “Maynooth Contingent”.

His statement starts with a history of his own engagement with the Gaelic League, the Aeriocht and eventually the IRB, from about 1911 onwards. He also describes attempts, some more successful than others, at getting groups of Volunteers organised. He credits a man called Sean O’Connor, originally from Limerick, but living in Celbridge, with spurring his interest.

By 1915, Volunteer strength in the county was concentrated in Prosperous, Newbridge, Brownstown and Athgarvan, as well as, obviously, in Maynooth.

“On spy Wednesday of 1916, a young fellow named Sweeney came out from Naas with a dispatch to tell me to go to Newbridge that Lieutenant O’Kelly wanted to see me there.

“I was in Newbridge at about 12 or 1 o’clock. That was the first time I met Tom Byrne. Tom had fought with the Boers in the South African War. They informed me that the rising would take place anytime within the next week and that arms were on their way from Germany. They said the arms would be landed in the south off the Kerry coast and that the rising would take place in Dublin first.

“Byrne had been sent down from Dublin to us because he had a good knowledge of the use of explosives. His task was to blow up the railway lines and cut off communications with the Curragh. We were to mobilise around Bodenstown and to cut the railway there and then to go into Dublin and join up with the insurgents there. We got nothing in the way of arms from Dublin that week. Byrne brought explosives with him. I was to be ready when called on and have the Prosperous men available too.”

But on Easter Sunday, things started to go wrong:“I went out of way house before dinner, which was about 1 o’clock, and, on returning I was told that Byrne had called to the house and that he had left word, that I was to be in Bodenstown that evening at 6 o’clock, accompanied by all the men.

“O’Kelly arrived, and he was very excited and said something went wrong. He said he had got the Sunday paper where MacNeill had issued the countermanding order. He did not attach any importance to MacNeill’s order because he said that he was not a member of the IRB."

He added that the Kildare dispatch went to Moran of Ballysax in the Brownstown Company and that Moran had no authority to act as he did - that he should have come to him. It appears that Moran had a motor bicycle and went around to the others to tell them the mobilisation was off.

“O’Kelly was not pleased with this action. Moran had no authority to act thus and he said he would shoot him if he got him.”

In any event, the trio arrived in Bodenstown that evening. “We had a chat there about what was the best thing to do. This was about 4 o’clock and Moran’s prior activities had ensured that we would not have anyone there. The three of us proceeded to Naas.

“The problem then was where to get a ‘phone to Dublin or a car to get up there. Dick Stokes came along on a motorcycle; he recognised Byrne and O’Kelly, stopped, and said he had a dispatch from Pearse that it was at 12 o’clock the next day the rising was to take place.

“We had something to eat and Stokes started back for Dublin and our object then was to cover the whole area to tell them all to be ready next day at 12 o’clock in Bodenstown. Byrne took Athgarvan, Newbridge and Ballysax area. O’Kelly and myself did Naas, Prosperous and Rathangan, arranging that we would all meet in Newbridge that night. At this time we were not thinking of Maynooth.

“We did our tour and saw our men in the different places but most of them had some excuse that they would not be able to turn up.

“We told them the plain truth, that the fight was starting in Dublin and that we were joining in it. We told them as much as we knew ourselves. We called at Kenny’s, Rathangan, Kit Kenny was there.

“We had tea there. We did all this on bicycles.”

Later they found themselves in the Prince of Wales Hotel (now Judge Roy Beans) where they had tea.

“Byrne arrived; he had been out in Athgarvan where he had met them all. He thought they would all
co-operate. We remained talking and went to bed in the hotel.

“Next morning O’Kelly sent me down to Jack Fitzgerald who had not got word, to tell him to be ready to come with us and that we would be going in about a half hour to Bodenstown. When I got there, his sister told me he was in bed.He came down to me and told me to tell O’Kelly that he wouldn’t turn out until the bungle of yesterday was set right. O’Kelly sent me back to get his revolver and to tell him that the first duty of a soldier was obedience. Jack said it was not his gun.

“We started out on three bicycles and called at the Dominican College where we got gelignite. It had been brought down from Dublin and placed in the laboratory of the College. Father McCluskey was sympathetic and was probably in the ‘know’ of what was going to happen.

“The three of us started for Bodenstown — a Captain, Lieutenant and a Private. On arriving there was no one else there.” Nobody turned up to meet them in Bodenstown so they dumped their explosives and started for Maynooth.

“One of the bicycles got punctured around Straffan.”

Having fixed the puncture and made it to Maynooth, they met up with the Maynooth contingent.

“Jack Maguire was sent across to Dunboyne to contact Boylan and the Volunteers there and inform them that we would join up with them at Leixlip. Donal Buckley had a service rifle and the remainder had shotguns and ammunition. After a period of delay we fell in and marched to the College.

“We had about 14 or 15 men. The Rector gave us Unconditional Absolution and advice and his blessing. He informed us he was not in favour of our enterprise, but once we had started we had his blessing.”

That night they marched into the city centre via Leixlip, Blanchardstown and Glasnevin having waded thought he Tolka at 2am.

The next morning “we took our guns and marched into the GPO. We did not meet anyone except a few
Volunteer outposts around Blacquiere Bridge which passed us through. We got into the Post Office. Every place was quiet at that period. Numbers of people were on the street looking around, We had tea and eggs, and cigars, I thought we should have a rest.

“Connolly paraded us and said, ‘it matter a damn if we were wiped out now as we had justified ourselves.’ I thought this was a bit rugged.

“We were issued with two canister bombs each and instructed how to strike a match and light the fuse and then fire them. We went down Liffey Street out on the Quays and across the Halfpenny Bridge. The toll man demanded a halfpenny. We got into the Exchange Hotel in Parliament Street by the back door, one of our fellows using a pick-axe on it.”

After a few hours and some heavy fighting there they returned to the GPO having lost one man, Walsh. Harris recalls seeing Connolly lying on a stretcher. He himself was shot in the foot. “I think some fellow let off a shot and I got the most of it and that put me out of action.”

That was the end of his involvment. He was taken on a stretcher to a stable in Moore Lane where he stayed until the ceasefire. Then he was moved to Frongoch.