#GE16: Kildare - a changing constituency down the years 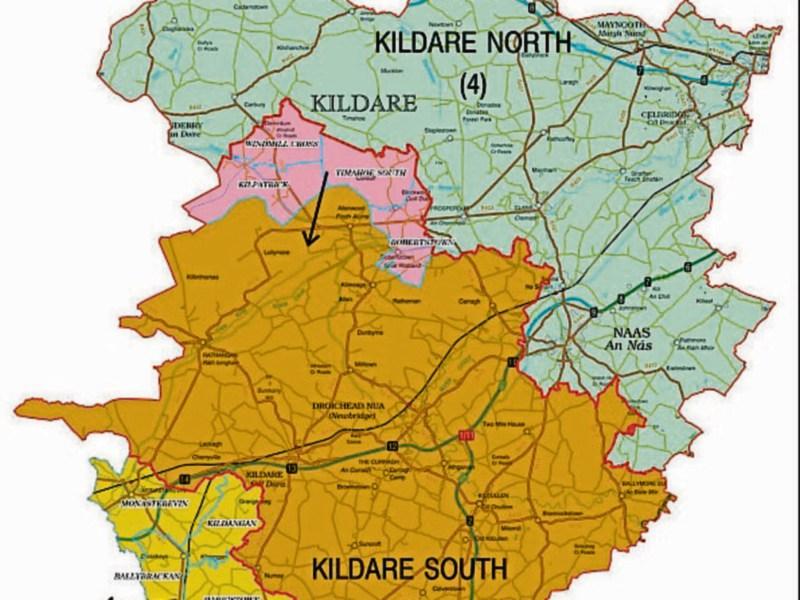 Back in the early days of the Dáil the Kildare Constituency regularly moved be-tween a three and a four seat constituency, it was an era when Kildare joined up with Carlow and Wicklow at variouos times.

In 1948 Kildare was back as a standalone constituency, a three seater, as the 13th Dáil was formed following the general election of that year and returned Tom Harris (FF), William Norton (Labour) and Gerry Sweetman (FG).

Three elections in a row between 1948 and 1957 returned the same TDs before the 1957 election saw a change with Paddy Dooley (Athy) taking a seat for Fianna Fáil.

Prior to the 1961 election Kildare become a four seater (with a piece of Meath added in), Brendan Crinion and Paddy Dooley (FF) took two along with William Norton and Gerry Sweetman.

The 18th Dáil (65-69) saw Terry Boylan and Brendan Crinion elected with Paddy Norton (Lab) taking back his father’s seat (lost in a by-election following his death) along with Gerry Sweetman.

The election of 1969 saw Paddy Power make his first entry into Dáil Éireann along with party colleague Terry Boylan, and Gerry Sweetman as Kildare reverted to a three seat constituency (minus that area of Meath).

Another change came about for the next election when Kildare was made a five seater for the election held in 1981 (22nd Dáil) and returned two TDs in particular who were to have major influences on the national stage, Charlie McCreevy (FF) and Alan Dukes (FG), with Joe Bermingham, Paddy Power and Bernard Durkan (FG). That government lasted just 11 months before the voters were out again; this time four of the five were re-elected, with Gerry Brady (FF) taking Bernard Durkan’s seat.

These were turbulent times and the 23rd Dáil lasted a mere nine months before the posters were back up again in a bid to elect the 24th Dáil in November 1982.

It proved a short lived sitting for Fianna Fáil’s Gerry Brady who lost his seat back to Bernard Durkan, with the other four being returned.

And so on to the 25th Dáil in 1987; Emmet Stagg made his first appearance in The House along with Durkan, Dukes, McCreevy and Power.

That particular Dáil had just a two-year life span before the polls opened again in 1989. Paddy Power retired and his seat was held by his son, Seán Power, the rest were all re-elected.

The 27th Dáil was formed after the 1992 election with the five outgoing TDs elected.

By the time the next election came around in 1997 the constituency had again been changed. This time into Kildare North and Kildare South, three seats in each.

After a full term the election of 2002 saw Seán Ó Feargháil (FF) making his first appearance in Leinster House, the one to lose out however was no less a national figure than Alan Dukes with Seán Power and Jack Wall holding on to their seats. Kildare North returned the same three outgoing TDs, McCreevy, Durkan and Stagg.

Charlie McCreevy headed to Europe in 2005 thus necessitating a by-election and in a surprise result, Fianna Fáil failed to hold on to the seat, Catherine Murphy (Ind) captured it for the first time.

In 2011 Fianna Fáil got a scutching throughout the county (and country). Seán Power lost his seat to Martin Heydon while Seán Ó Feargháil held on with Jack Wall. In North Kildare Michael Fitzpatrick and Áine Brady, lost out when Fine Gael took two, Bernard Durkan and Anthony Lawlor return-ed while Emmet Stagg held his seat; Catherine Murphy regained the seat she had lost to Michael Fitzpatrick in 2007.