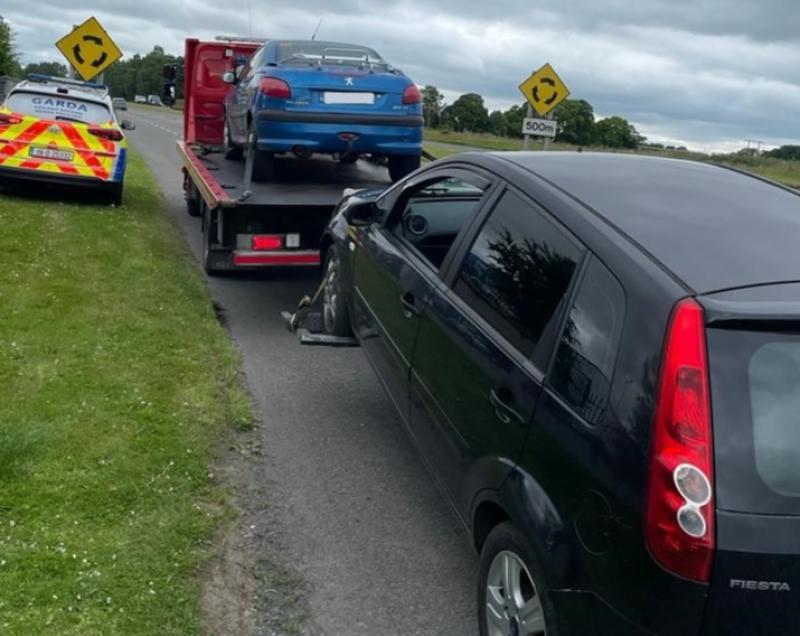 A total of six vehicles were seized at garda checkpoints set up in Monasterevin and Ladytown.

According to the Garda Traffic account on Twitter, Naas RPU conducted checkpoints at the two regions, where the vehicles were seized for Insurance, NCT, CRW, Tax, and Learner offences.

The account said: "One vehicle which had no NCT for near four years also had a front tyre in a very dangerous condition. 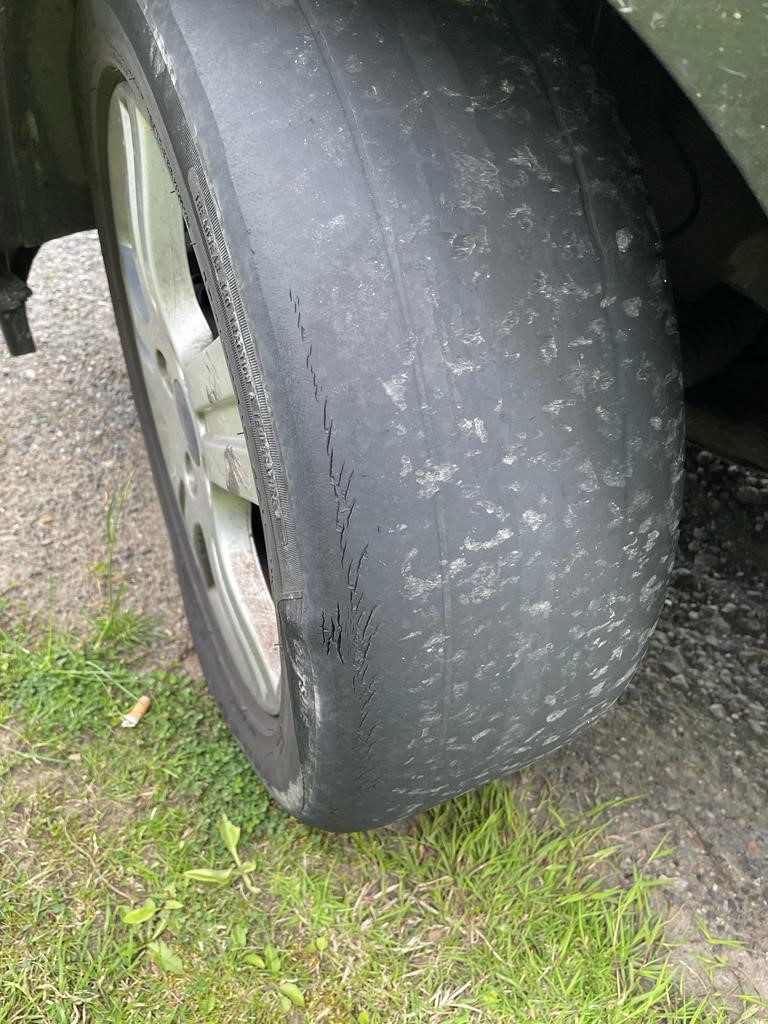 The tyre described by gardaí

"Proceedings have commenced for all offenders," the account added.