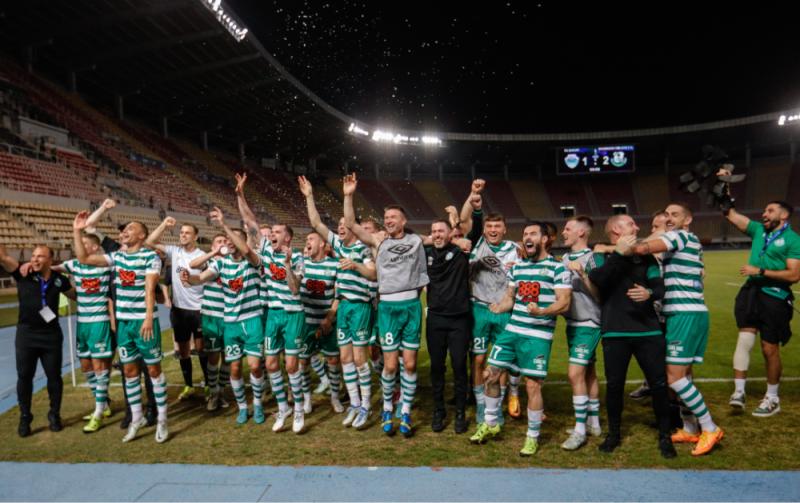 League of Ireland side Shamrock Rovers have secured a place in the UEFA Europa Conference League group stages after defeating Shkupi 2-1 in North Macedonia on Tuesday (5-2 on aggregate).

League of Ireland side Shamrock Rovers have secured a place in the UEFA Europa Conference League group stages after defeating Shkupi 2-1 in North Macedonia on Tuesday (5-2 on aggregate). 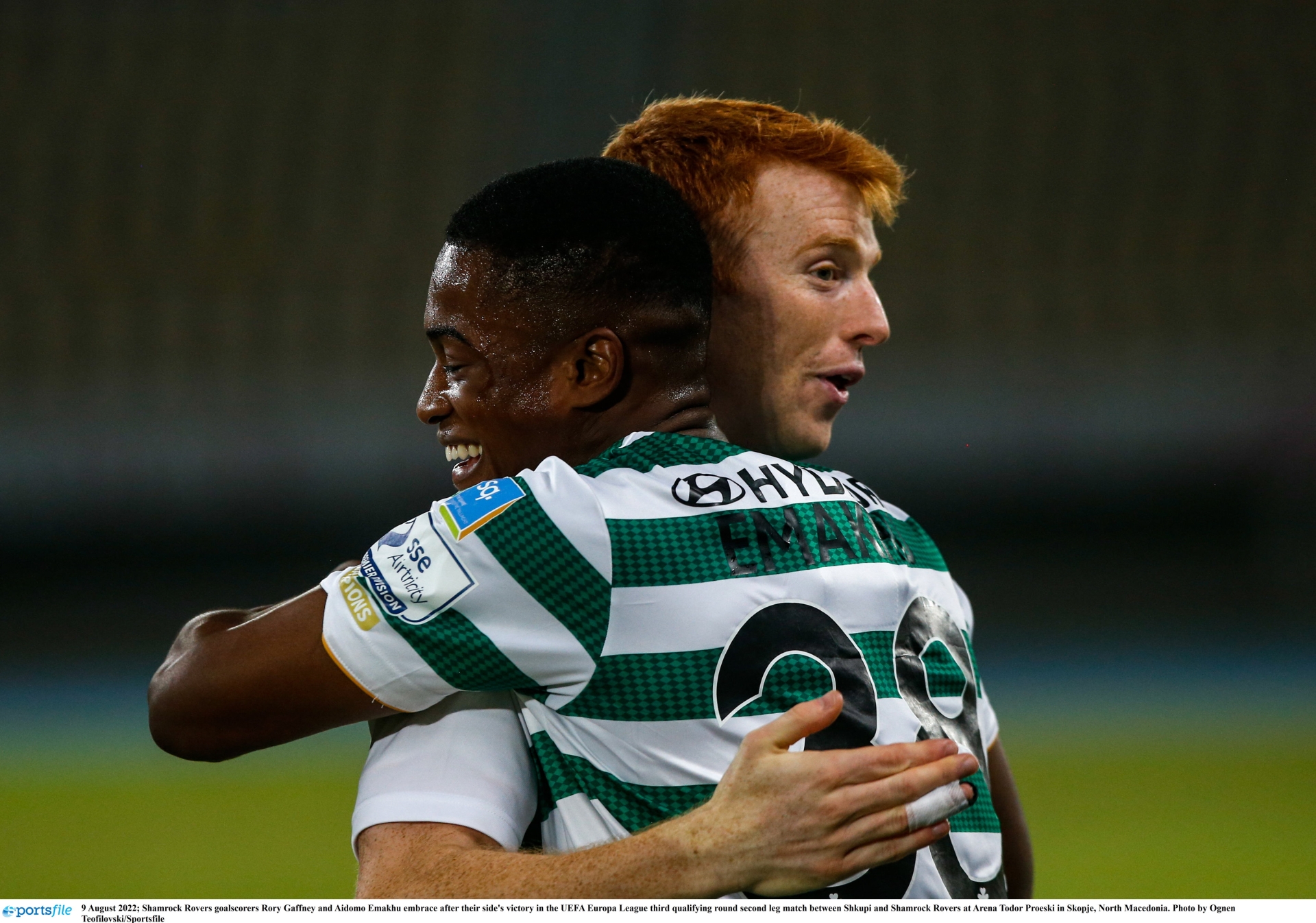 The historic Hoops have the opportunity to go one step further when they come up against Ferencvárosi (Hungary) in a two legged play-off for a place in the UEFA Europa League group phase. The first leg will take place in Budapest next week before Rovers host Ferencvárosi at Tallaght Stadium the week after.

!@ShamrockRovers have confirmed UEFA Group Stage football with a 1-2 win over FK Shkupi!

The Hoops will face Ferencvaros in a Europa League Play-Off with a spot in the Europa Conference League guaranteed ☘️#LOI pic.twitter.com/vrdENWvhzH

Stephen Bradley's outfit are the first League of Ireland club to make the group stages of a European club competition since Dundalk qualified for the UEFA Europa League in 2020. 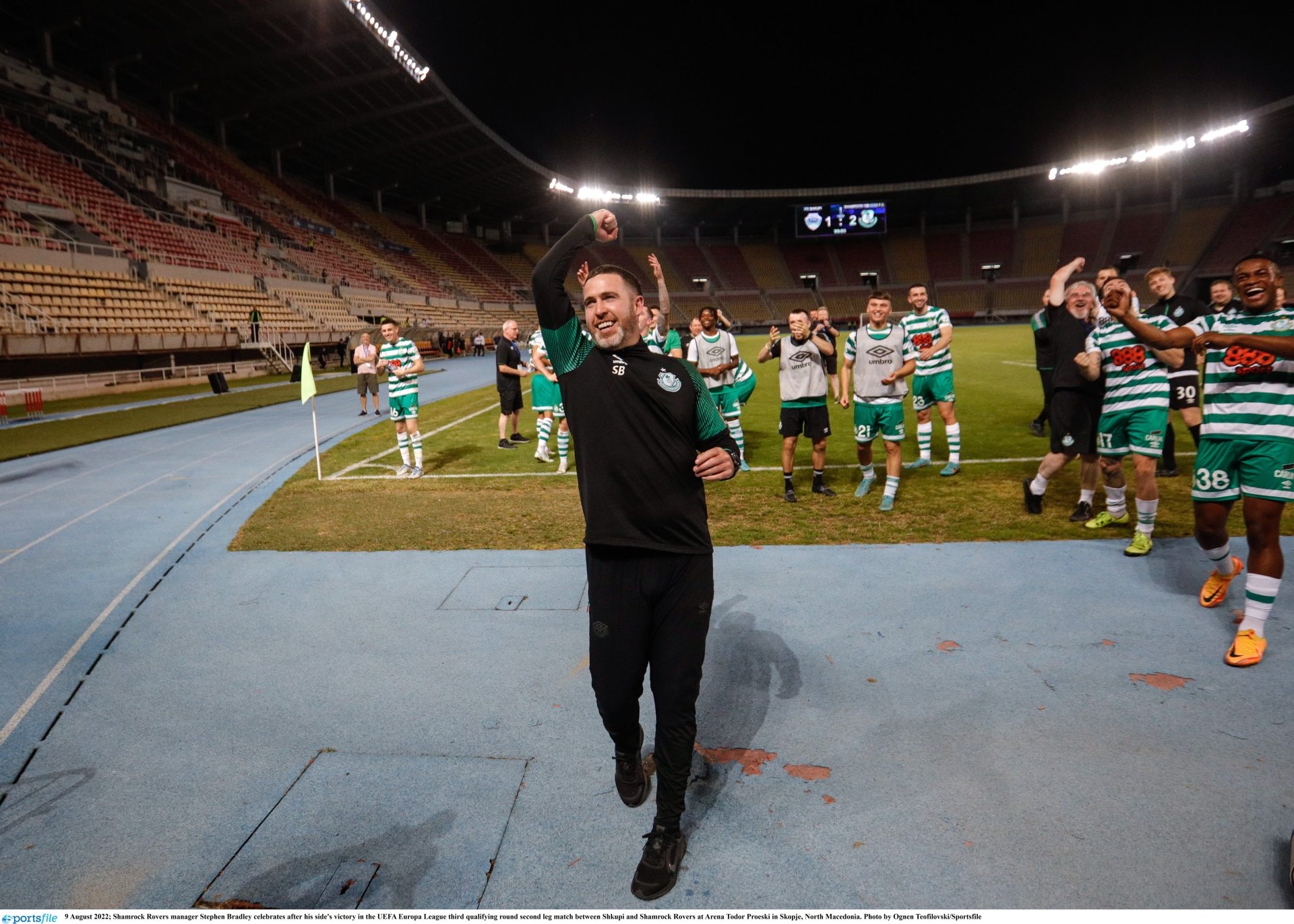 Meanwhile, St Patrick's Athletic have the chance to earn a place in the UEFA Europa Conference League play-off round if they can overcome CSKA Sofia at Tallaght Stadium on Thursday. St Pat's have a one goal advantage going into their second leg tie after pulling off an impressive 1-0 away victory in Bulgaria last week.

Sligo Rovers have it all to do in their UEFA Europa Conference League second leg home tie against Viking FK on Thursday after suffering a 5-1 defeat in Norway last week.