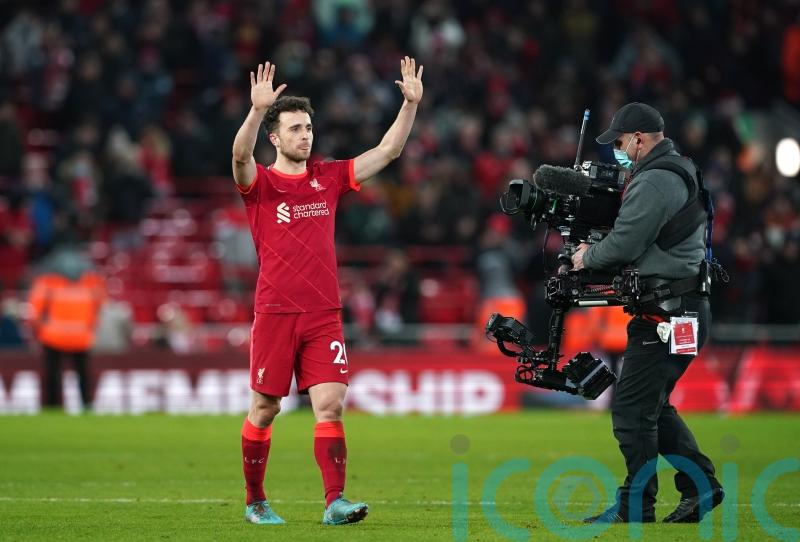 Jota has been a star since arriving from Wolves, scoring 34 goals in 85 appearances, and was key to last season’s FA Cup and Carabao Cup double and run to the Champions League final.

He is currently suffering a hamstring injury and will miss the season-opener against Fulham on Saturday.

“Really proud, I have to say,” Jota told Liverpool’s website.

“Obviously since I arrived two years ago I established myself as an important player in this team – that’s what I wanted from the beginning.

“Now, signing a new long-term deal, it’s obviously from the club’s perspective proof of the belief in myself as a player. For me, it’s really good to establish I’ll be here for a while.

Jota committing his future to the club cements his place in Liverpool’s new look front line following the recent arrivals of Darwin Nunez and Luis Diaz.

Mohamed Salah will continue to spearhead the attack, with Roberto Firmino another option, Sadio Mane having joined Bayern Munich earlier this summer.