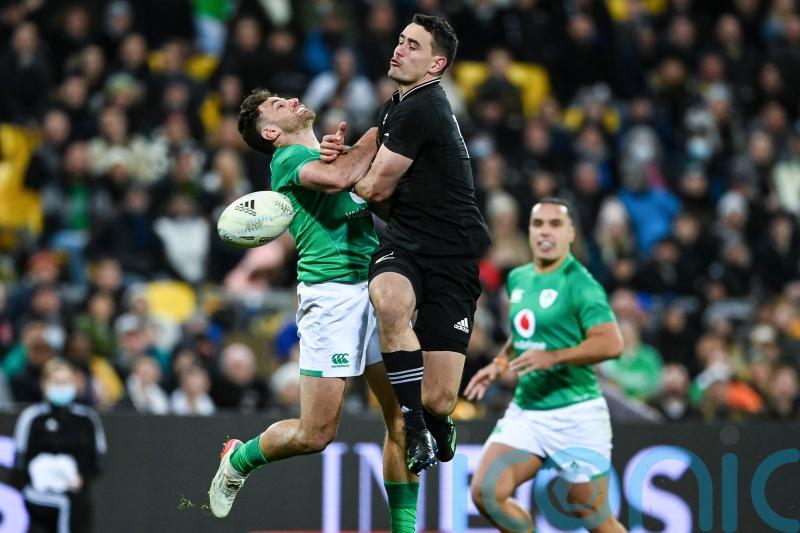 Ireland battled to a landmark series win in New Zealand after holding off a second-half fightback to secure a stunning 32-22 success from an epic encounter in Wellington.

Ireland battled to a landmark series win in New Zealand after holding off a second-half fightback to secure a stunning 32-22 success from an epic encounter in Wellington.

But the All Blacks moved to within three points in a breathless second period thanks to scores from Ardie Savea, Akira Ioane and Will Jordan, before Rob Herring crossed to help the tourists home on a historic evening.

Members of Ireland’s triumphant squad were pictured in tears at full-time as they savoured arguably the greatest result in their nation’s history.

Captain Johnny Sexton, who celebrated his 37th birthday on Monday, chipped in with 12 points, becoming the second man to surpass 1,000 in the green jersey.

Ireland only won away to New Zealand for the first time last weekend by bouncing back from a 42-19 drubbing in the Auckland opener to triumph 23-12 in Dunedin and set up the decider.

Head coach Farrell had expressed hope that his side had saved their best performance for the final Test.

The Ireland boss duly had his wish granted during a phenomenal opening 40 minutes packed with power and intensity before the Irish weathered a second-half storm intensified by the loss of prop Andrew Porter to a yellow card to take the series 2-1.