Ireland captain Johnny Sexton insisted he is “fine” and passed head injury tests “with flying colours” as he allayed concerns about his selection for Saturday’s second Test against New Zealand.

Ireland captain Johnny Sexton insisted he is “fine” and passed head injury tests “with flying colours” as he allayed concerns about his selection for Saturday’s second Test against New Zealand.

The influential fly-half failed an on-pitch assessment during the first half of last weekend’s 42-19 first-Test defeat by the All Blacks and left the field without returning.

Head coach Andy Farrell’s decision to pick his skipper for the next instalment of the series in Dunedin has been questioned in some quarters, including by safety campaign group Progressive Rugby.

Yet Sexton, who expected to come back on in Auckland having sustained the knock by slipping into New Zealand captain Sam Cane, played down fears surrounding his physical condition.

“You go off for an HIA (head injury assessment) and you don’t come back on, everyone presumes that’s a concussion, but it’s not,” he said, according to the Irish Times.

“And obviously the independent doctor felt for whatever reason, my reaction to the knock or whether it was one or two little things in the test, but anyway, that’s history now.

“I went off for tests expecting to come back on and wasn’t allowed, which is fair enough, that’s what it’s there for.

“It’s there to protect players if there is a suspected concussion, that they are kept off, and that’s what happened with the independent doctor.

“As frustrating as it was for me at the time, it’s just life. Yeah, move on, did all the tests and obviously passed all of them with flying colours. Looking forward to this week.”

Sexton, who turns 37 on Monday, has battled with head knocks and the perception around them throughout his career.

World Rugby protocols state that an in-game head injury assessment – known as the HIA One test – advises if a player should sit out the rest of the match as a precaution but does not confirm a concussion.

If, as in the case of Sexton, a player goes on to pass second and third assessments in the 36 hours after the fixture, they are deemed not to have a confirmed concussion and therefore available for the next game.

Progressive Rugby said the governing body’s head injury assessment (HIA) process is “being exposed” as it made reference to Ireland prop Jeremy Loughman and that the “only option must be to err on the side of caution”.

Despite staggering following a collision during his country’s warm-up match against the Maori All Blacks last week, Munster player Loughman was initially permitted to return to play before being withdrawn at half-time.

“You saw the one during the Maori game, obviously a totally different thing, and that has been criticised as well,” continued Sexton. 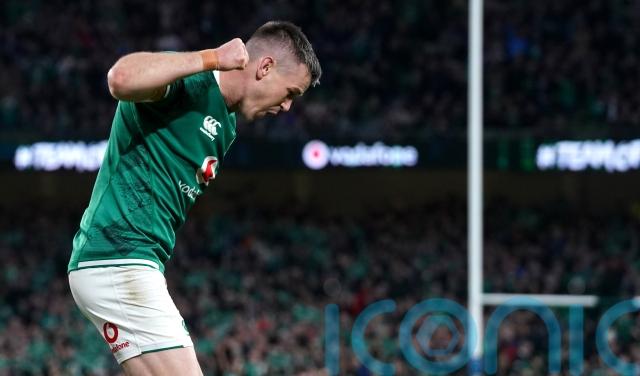 “So, it’s very hard to win in this scenario. But everyone just tries to do their best by the players.

“We have got a great medical staff and set-up here. I think they expected to see me back on but look, we passed all the tests and we are ready to go this week now thankfully.”

Ireland must win at Forsyth Barr Stadium this weekend to remain alive in the series after fading from a promising start to lose an error-strewn opener.

Sexton believes a first victory on New Zealand soil would put Ireland in pole position going into the potential decider in Wellington.

“If you can win the second Test, the momentum always swings to you and you feel like you’ve got the ascendancy,” he said.

“But we haven’t really spoken about the series. It’s really just getting back on the horse and making sure we put our best foot forward.

“We were happy with some of the things we did last week, but they are pretty ruthless, aren’t they? We found out the hard way last Saturday.”