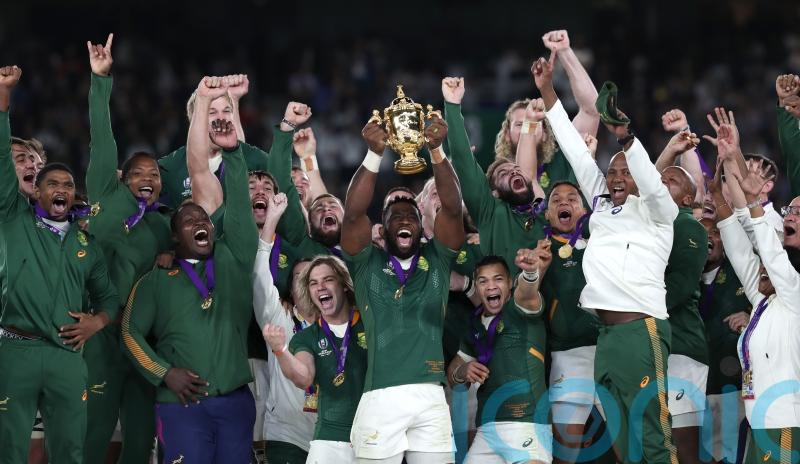 Six Nations organisers have sought to end persistent speculation over South Africa joining the Championship by ruling out any changes being made to the existing participants.

Earlier this week the Springboks committed to remaining in the Rugby Championship until at least 2025, only for it to be suggested that they would align themselves with the northern hemisphere thereafter.

However, the Six Nations has denied there is any prospect of South Africa being added or Italy – who have lost 34 successive matches in the competition – being removed.

“Six Nations Rugby, comprising the six unions and federations and CVC, wish to confirm that they are not entertaining any discussion nor developing any plans to add or replace any participating Union,” a statement read.

“All its energy is focused on the current strategic discussions regarding the July and November international windows and structure of the global season, and to ensure a positive outcome for the development of the game.”

It is an emphatic rebuttal from the Six Nations and the PA news agency understands that even in the longer term there is no prospect of the world champions joining the tournament.

For years they have been linked with the move, while Japan have also been mooted as a possible future addition, and it was suggested that the entrance of South African provincial teams into European competition would act as a catalyst.

But instead the Six Nations is committed to maintaining the status quo, in the process ruling out promotion and relegation as a viable option in the hope that Italy will improve once their successful Under-20s set-up begins filtering through to the men’s team.

Chief executive Ben Morel is involved in discussions over the new schedule for the post-2023 World Cup era, when it is anticipated that greater meaning will be attached to games played in the July and November windows while also offering opportunities for emerging nations.