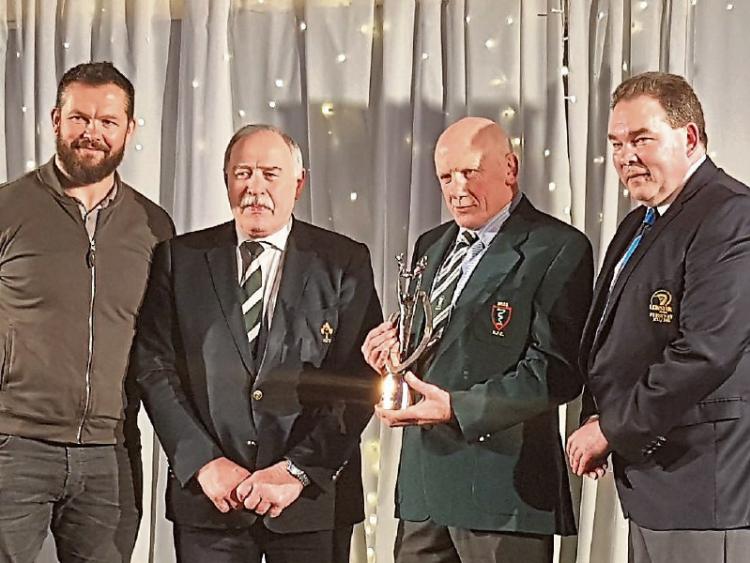 Naas Rugby Club stalwart Joe Kavanagh was awarded with the inaugural Leinster Rugby Sean O'Brien Hall Of Fame Award at a function prior to the Leinster v Ulster game in Dublin on  Saturday.

The award is presented to acknowledge tremendous service to both club and province and no one is more deserving of such an accolade than Joe Kavanagh, one of the greatest players ever produced by Naas. He was capped by Leinster Juniors on nine occasions between 1979 and 1981, and was a member of the first Naas team to win the Hosie Cup back in 1980.

Twice awarded Naas Player Of The Year award, Joe captained the side before retiring in 1988. He then turned his attention to coaching with tremendous success.

The majority of players in the club learned their trade from Joe, as he put in the foundations for the great success that the club is now enjoying.  Numerous cups and leagues have been won with him at the helm, while he also found time to serve on the Grounds Committee.