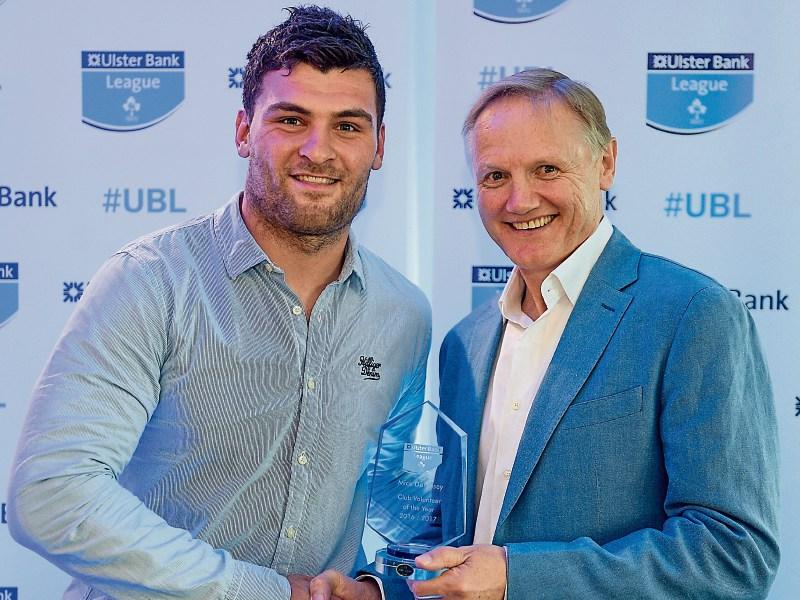 This year’s awards saw a new category introduced recognising the work of volunteers at clubs in the Ulster Bank League and was awarded to Naas RFC’s Mick Dempsey.

Ireland head coach Joe Schmidt presented the inaugural Club Volunteer of the Year award to Cillian Dempsey who collected the award on his father’s behalf.

Mick received the honour for his tireless work off the field and willingness to help with any task from lining pitches and cleaning dressing rooms to cooking for the team on training nights and his social committee work. As a former club Director of Rugby, Mick oversaw player and coach development at Naas RFC with the club’s first XV rising to the Ulster Bank Division 1B under his tenure.

Meanwhile top Naas player Will O’Brien was one of four nominations for the Ulster Bank League Division 1B Player of the Year. The award was eventually won by Jordan Conroy of Buccaneers. 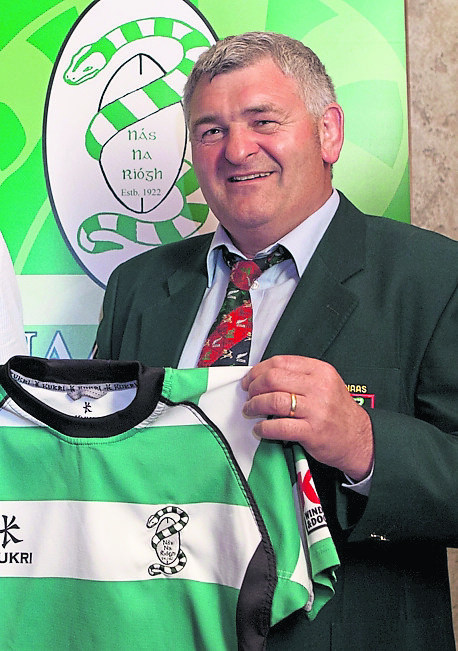