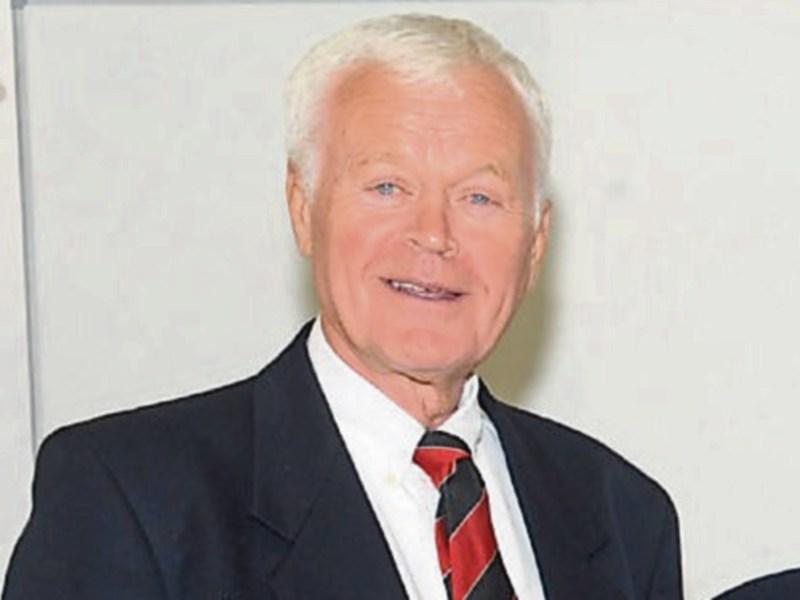 Mr. Boots award is given to those who make a tremendous contribution to grassroots rugby. It commemorates the outstanding work and effort put in by volunteers who are the backbone of junior rugby. Started in 1981, it was an award that was given its name from the pair of boots that Willie John McBride wore against Arklow in his last match of competitive rugby for Ballymena.

A statement from Cill Dara RFC reads “We can’t think of anyone more deserving of such an award as without Mr. Flanagan our great club wouldn’t exist. Joe, along with The Rev. Fr E.D. O' Connor and O.Carm, co-founded Cill Dara RFC back in 1976, and the club was affiliated to the Leinster Branch of the IRFU the very next year.

“As well as being a founding father of the club, Joe has also played many pivotal roles over the years including, but not limited to Club President (for too many years to count!) Chairman, Coach, Driver, Jersey Washer (Well, Marie really… behind every great man and all that!) Club Captain, Fixtures Secretary and main club sponsor. Joe has always been there, either overtly or behind the scenes working for the best interests of the club.”

Joe Flanagan is a long standing member of the Leinster Branch Youth Committee and has been a driving force behind the thriving youth section in Cill Dara RFC, always willing to give a dig out whenever he was needed.

“In short”, addes the club statement, “we feel if there has been anyone that perfectly fits the bill for this award it’s definitely Joe Flanagan and we will be honouring his tremendous contribution to our club on May 5 when a dinner in his honour will be held in The Osprey Hotel, Naas.”