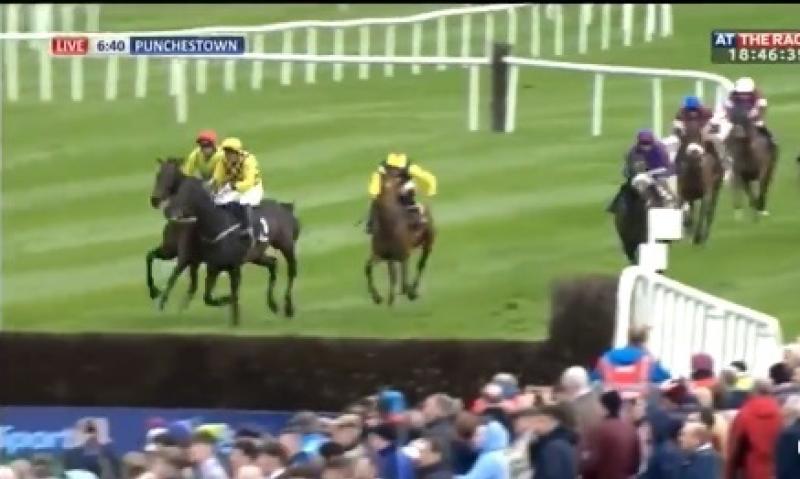 In a bizzare finish, at the final fence of the Growise Champion Novice Chase, Townend veered right and pushed himself and Power off the track, with Townend sent through the rails.

Paul Townend gets 21 days for dangerous riding after an extraordinary finale to the Growise Champion Novice Chase pic.twitter.com/vBolC94oWo

Townend has issued a statement to Irish Racing saying he thought the fence had to be bypassed, saying he “heard roaring on his left”. He has apologised for a “genuine mistake”.

Power has come to the defence of his fellow jockey, saying there are “no hard feelings”.

He took to his BoyleSports blog saying;

“What happened at Punchestown yesterday with Paul Townend was just one of those unfortunate incidents”, he said.

He added; “For some reason Paul thought that we were bypassing the last fence so he made a manoeuvre to bypass. He just got a brain freeze. It was a case of human error. He is a top class jockey and will put it behind him and move on hopefully.”

A 21-day ban was handed to Townend by the Punchestown stewards for dangerous riding.

After yesterday's remarkable incident at Punchestown, an update from the Irish Horseracing Regulatory Board: pic.twitter.com/34BkxHcTf6

It's taken me a few hours to calm down from that very unfortunate incident yesterday @punchestownrace with Paul Townend.
Nobody feels worse than him, just human error. #nohardfeelings #brillliantjockey pic.twitter.com/0Qf7UX3Bvl