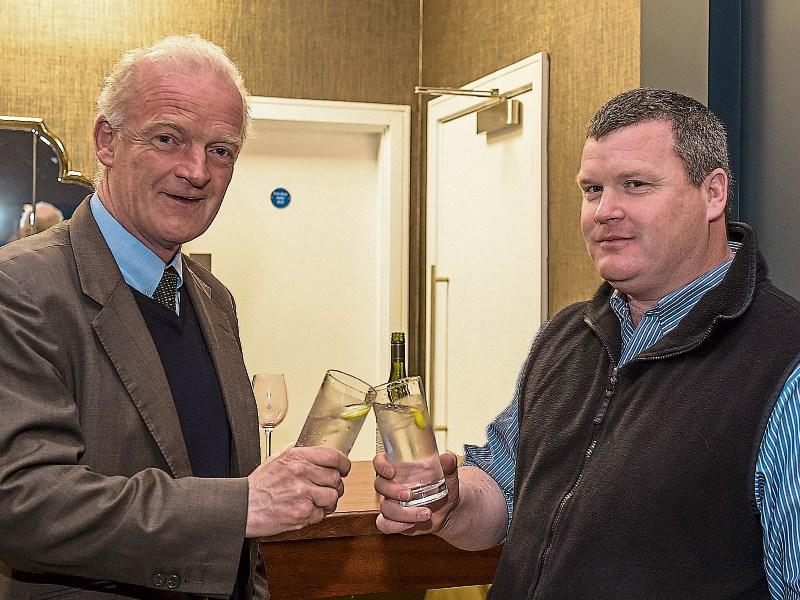 Gordon Elliott and Willie Mullins race for the trainer’s title moves into the final furlong, beginning on Tuesday, the opening day of the 5-day Punchestown Festival.

Both trainers were present at the official festival launch at the luxurious new Hunt Stand in Punchestown on Tuesday night.

Willie Mullins confirmed that he will be bringing every horse at his disposal to the Festival next week, while admitting that he faces a huge task if he is to overcome Gordon Elliott. “I will need to have an even better Festival  this year, than I had last season, if that is to happen.”

Meanwhile Gordon Elliott admitted that he is more than happy to be leading coming into Punchestown. “If I was behind at this stage I would have little chance but hopefully I can hold on in what should be a great, if very nervous week’s racing for me.”

Elliott who trained Tiger Roll to win last Saturday’s Randox Aintree Grand National and the €500,000 first prize, admitted that if he had a choice he “would take the Trainers Championship title over the Grand National.”