It's showtime for Cheltenham 2018 - ROBERT CATTERSON'S TIPS FOR THE WEEK

Festival of the Year under way 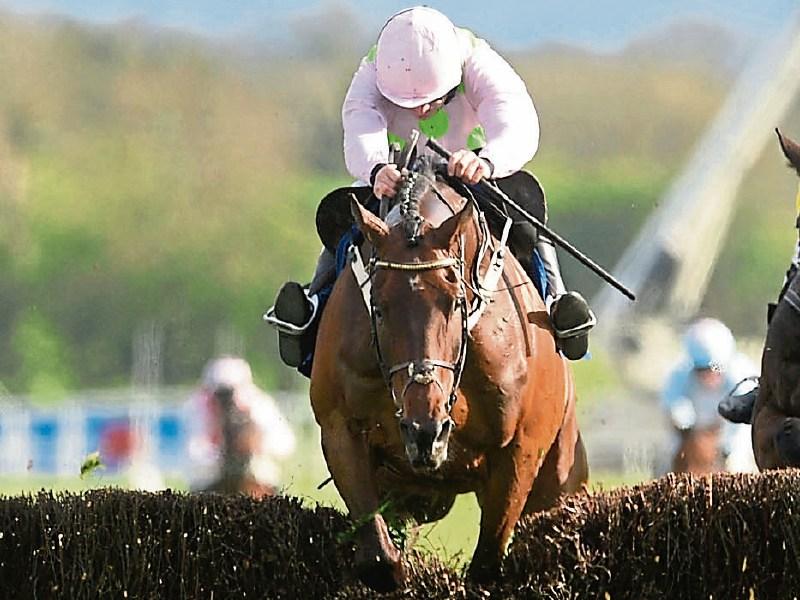 A soft ground Cheltenham festival means that Ireland are red-hot favourites to retain the Prestbury Cup for 2018. We had 19 winners last year but that feat will be near impossible over the next four days. As it stands, we haven’t even got the favourite for any of the four championship races. So how will we fare? Let’s find out.

Ireland will be responsible for the favourite in the Supreme Novices’ Hurdle and while I could have egg on my face come 1.35pm, I see Getabird getting turned over here.

Summerville Boy has been running plenty, is a Grade 1 winner, has run at Cheltenham and has already beaten Kalashnikov. That’s enough for me.

The Arkle Trophy is an open and shut case and I’d be shocked if Footpad doesn’t roast his rivals here. He’s a good thing bar any accidents. I’ve no major opinion on the Ultima Handicap Chase other than the fact that Yala Enki will be at home in the mud. If you asked me for my dream scenario this week, it would be Faugheen to win today’s Champion Hurdle. Its last chance saloon for the former champion and given what Willie Mullins is capable of, I have to give him one last chance.

There is a combination of two major factors which could see him return to his best and that’s the Ruby factor and the Cheltenham factor. I’m giving him one last chance at a very big price. I see an Irish 1-2-3 in the Mares Hurdle with Apple’s Jade, Benie Des Dieux and Jer’s Girl while I’m very sweet on the chances of Rathvinden in the National Hunt Chase.

Any Second Now can give Ted Walsh an overdue festival win in the Close Brothers Novices’ Handicap Chase too. To sum up today’s card, my two best bets are Footpad and Rathvinden. I’d give up most things though to see Faugheen regain the Champion Hurdle.

Tomorrow is all about Samcro and he looks untouchable in the Ballymore Novices’ Hurdle. Hopefully, he can put up something very memorable to get Ireland off to the perfect start.

It's short odds that Ireland will win the RSA Chase too and Presenting Percy can give Ireland a 1-2-3 ahead of Al Boum Photo and Monalee too. The Coral Cup is a race in which Gordon Elliott holds a fine record and with Barra, which showed glimpses of a return to form on her latest start, she could be the one here.

With Douvan taking on Altior, I’ve just got to go with him in the Champion Chase while I’ll take Tiger Roll to beat Cause Of Causes in the Cross Country Chase. Take a change on Nube Negra in the Fred Winter, having finished second to Apple’s Shakira at the track, while I’m very keen on Acey Milan in the bumper. He’s got course and heavy ground form to his name.

My best bet tomorrow is Presenting Percy in the RSA Chase while at a bigger price, even though I think he’ll win, my best each-way selection is Acey Milan in the Champion Bumper.

These days, Willie Mullins doesn’t but win the JLT Novices Chase and I’m really sweet in the chances of Invitation Only. He’s nearly as good a novice as Yorkhill last year.

The Pertemps could be set up for a huge priced winner, given the ground, and I’ll take a stab that Wait For Me might go well here on conditions he’ll love.

Un De Sceaux looks to have the Ryanair Chase to lose as he bids for his third festival success while the Stayers Hurdle is just so open and while he’s not always the most reliable, I think L’Ami Serge might just have the winning of the big race on Thursday.  I’ll take a stab that Amy Murphy’s Mercian Prince, who has fine form in France, could be the answer in the Brown Advisory Plate.

The cat is out of the bag with Laurina in the Dawn Run Mares Novices’ Hurdle.

One of my sweetest selections of the week is Stormy Ireland in the Triumph Hurdle and while Apple’s Shakira will revel in the mud, she might not be able to catch Willie Mullins’ magnificent filly.

Mullins has a great record in the County Hurdle so keep an eye on Deal D’estruval here while I’m a big believer that experience is the key to winning the Albert Bartlett Novices’ Hurdle.

White Moon is high on my shortlist but Fabulous Saga, with 11 runs under his belt, might have  what’s needed here. What Willie would do to finally win the Chelten-

The stamina sapping ground will play to the strengths of Burning Ambition in the Christies Foxhunters Chase while in the Martin Pipe Conditional Jockeys Handicap Hurdle, Flawless Escape and Sire Du Berlais can give Gordon Elliott a 1-2 here.

READ ALSO: THE PUNTER'S EYE: A 33/1 Cheltenham accumulator that could make you a fortune this year