Our Duke tops the weights for Irish Grand National 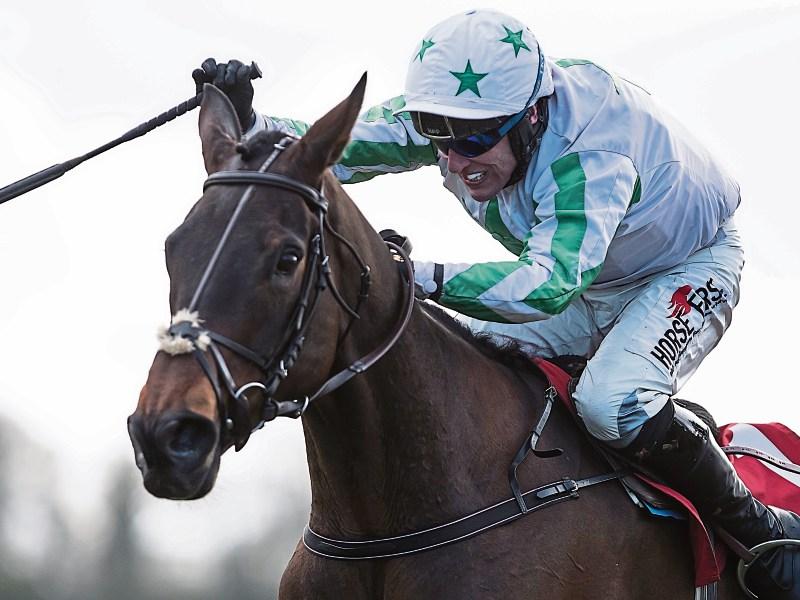 Our Duke with Robbie Power on board

Last season’s BoyleSports Irish Grand National, Our Duke, has been handed top weight for the 2018 equivalent, the weights of which have just been announced.

Owned by a Laois based syndicate that includes Rathangan resident, Billy Cooper, Our Duke if successful will be the first horse to complete back-to-back wins in the National since Brown Lad, for Jim Dreaper and Tommy Carberry, won in 1975 and 1976.

Our Duke has been handed the sizeable weight of 11-10 for the Easter Monday big race at Fairyhouse which is a weight rise of no less than 13 lbs. but trainer Jessica Harrington says: “He has come out of Saturday’s race at Gowran Park in great shape and while the Cheltenham Gold Cup is the immediate target, the BoyleSports Irish Grand National is very much on the radar. His owners, the Cooper Family Syndicate, had the day of their lives at Fairyhouse last Easter Monday and will never forget the rapturous reception he received.”

With €500,000 in total in the prize pot and €270,000 first prize, the race has the potential to play a huge role in the destination of the trainers’ championship. Neither Gordon Elliott nor Willie Mullins have yet won a BoyleSports Irish Grand National but they throw plenty of darts at the board this year – Elliott with the highest entry of any trainer on 30, with Mullins entering 18.

Mullins’ progressive duo Bachasson (11-03) and Total Recall (11-00) head his battalion of entries while Elliott also has the Chris Jones-owned duo Mala Beach (11-00) and Noble Endeavour (10-12), Goffs Thyestes and Sunday’s Grade 2 Ten Up Novice Chase winner Monbeg Notorious (10-10) and recent BoyleSports Grand National Trial winner at Punchestown, Folsom Blue (10-00) among his contingent. In that group of 30 is also Bless The Wings (09-09), an admirable veteran who has been runner-up in the race in both 2016 and 2017.