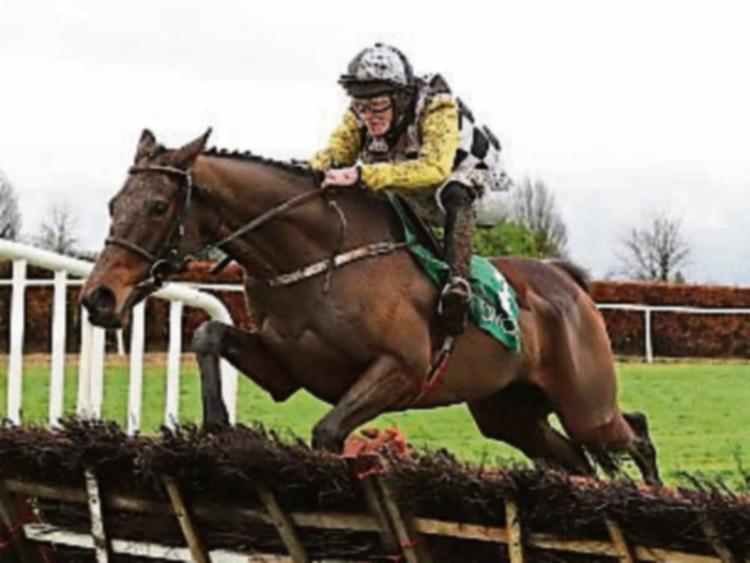 Next Destination, one of the fancied runners in the Lawlor's Of Naas Novice Hurdle

All eyes this Sunday will be on the Lawlor’s Of Naas Grade 1 Novice Hurdle where a strong field of eight have been declared for the first Grade 1 race of the New Year at Woodlands Park, Naas.

Willie Mullins’ highly fancied Next Destination, a Grade 2 winner at the course, heads the line up and will be joined by another highly fancied Mullins runner, Duc Des Genievres, who will be making his first start for the stable since joing the stable from France.

Bringing Next Destination back to Naas has been the plan for some time, said trainer Mullins; adding “he is a horse that has improved hugely this season and we were very impressed with him when he won his maiden hurdle at Naas in November.”

The Joseph O’Brien-trained Speak Easy will put his unbeaten record on the line when stepping up to Grade 1 level for just his second racecourse start while Gigginstown House Stud have three runners in the race. The Gordon Elliott pair of Grade 1 bumper winner Blow By Blow and the highly touted Cracking Smart will carry the famous maroon and white silks alongside the Noel Meade-trained Athenean. Meade is also represented by impressive two-time hurdle winner Moyross and the field is completed by the Jessica Harrington-trained Jetz.

The first of a seven race card begins at 12.40pm on Sunday, with a bumper attendance expecting on a day that includes the hosting of the Winter Ladies Day sponsored by Hugh Statham Goldsmith & Jewellers.