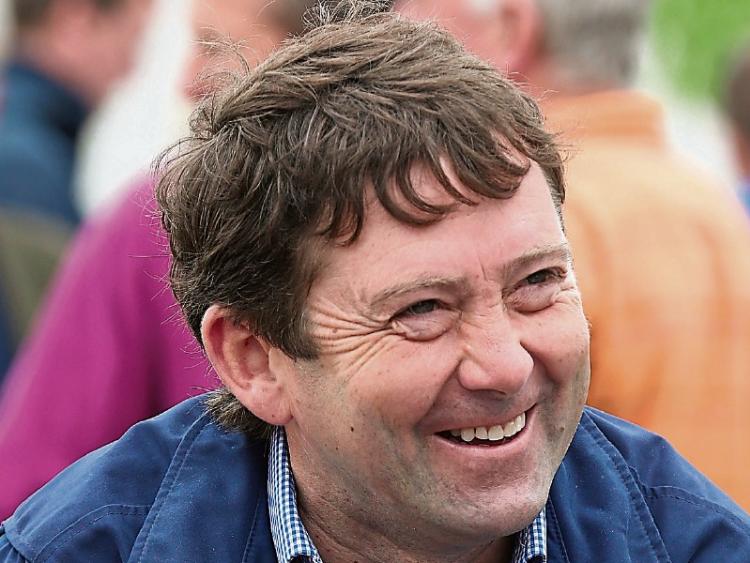 IN recent seasons, horse racing in Ireland has been extremely fickle. When it comes to the training game, the sport has most definitely seen more people struggle than it would have ever liked.

Charlie Swan and Sandra Hughes, two trainers which have tasted success at the highest level, are prime examples.

For most within and outside of horse racing, Conor O’Dwyer will be most associated with his days in the saddle. What a career he enjoyed as well.

Very few jockeys can boast about winning the two biggest prizes in National Hunt racing but for O’Dwyer, he won both the Champion Hurdle and Cheltenham Gold Cup on two separate occasions.

He was one of Ireland’s most established jump jockeys when he steered Imperial Call to glory at Prestbury Park glory in National Hunt’s blue riband in 1996. He would have to endure an eight year gap for his next win at the sport’s biggest festival but it was very much worth it when he experienced the first of his two consecutive Champion Hurdle successes on the Dessie Hughes-trained Hardy Eustace in 2004.

Then at the 2006 festival, he supplied Gigginstown House Stud with their first Cheltenham Gold Cup triumph on board War Of Attrition.

They were O’Dwyer’s four Cheltenham festival victories but he also played his part in numerous memorable finishes, including the one which saw Ruby Walsh record the first of his 42 festival triumphs on Alexander Banquet in 1998.

On that occasion, as he did at so many different festivals, Conor teamed up with JP McManus with the apparent Irish banker of the week in Joe Mac.

It was all looking to be going to plan as well when the 6/4 favourite loomed upsides a scrubbed along Alexander Banquet rounding the final bend. It was then when O’Dwyer knew that his opposite jockey, some 13 years his younger, was going to be a star as Walsh galvanised his mount to endure disappointment for so many Irish punters on that afternoon.

There are many horses in which O’Dwyer will always be associated with from his riding days and, as well as the ones already mentioned, they include Native Upmanship, Youlneverwalkalone, Redundant Pal and Grimes.

Ten years ago, after hanging up his britches, Conor O’Dwyer done what a lot of jockeys have tried to conquer. The art of training.

It took O’Dwyer a little while to get to grips with his new profession but one horse which gave him plenty to smile about during his early seasons was Hangover, which gave Conor one of his first winners when landing a competitive bumper at Punchestown in January of 2008.

Hangover would win four more times, with his win in a handicap hurdle on Red Mills day at Gowran Park probably being the pick. To this day, Folsom Blue would be regarded as the best O’Dwyer has trained and he notched up four wins in total for the Kildare based trainer, including three consecutive successes during his novice hurdle season.

His victory in the Listed Mercedes Benz Novice Hurdle was followed by a fine runner-up effort behind Lyreen Legend in the 2012 Michael Purcell Memorial Novice Hurdle at Thurles.

The Gigginstown House Stud owned gelding also landed the 2014 Grand National Trial at Punchestown before being twice placed in graded company later that season. Uncle Tom Cobley and Competitive Edge were two others of O’Dwyer’s stable stars which managed to keep him afloat around that same time.

Recent seasons have brought O’Dwyer back down to earth and from enjoying a personal best of 14 winners during the 2011/12 season, he didn’t manage to send out a single winner during the 2015/16 season.

Two winners followed the following campaign but in the last month alone, O’Dwyer has been a revelation.

Not only did he send out three consecutive winners in a ten day period but one of those was Flaming Sea at the Galway festival. In a maiden on the Flat I might add too.

Right now, there’s no more in-form trainer than the Kildare based handler. That really does prove that, in sport, you never really know what’s around the corner.