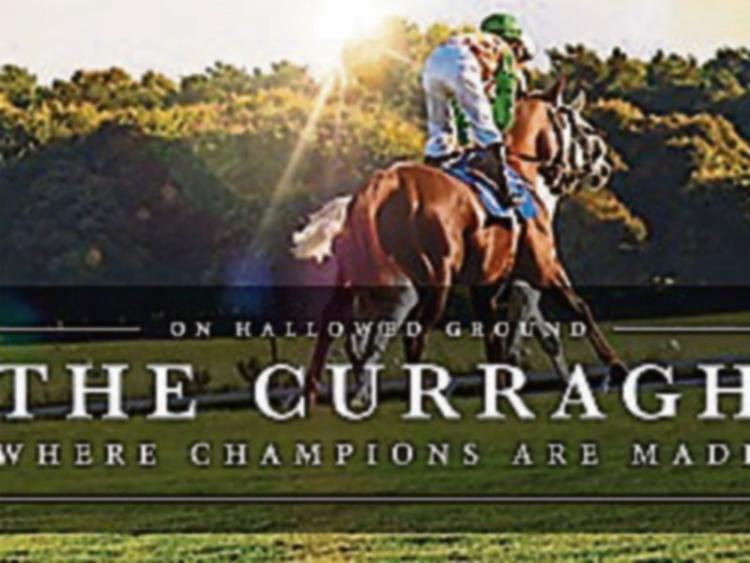 This weekend sees the opening of the Curragh Racing Season, and while the Headquarters of the Flat racing industry is presently undergoing a major makeover, nevertheless it’s all systems go for the two day meeting beginning on Saturday, first off at 2.10pm; while the Newbridge Parishes Family Raceday on Sunday begins at 1.55pm.

The Newbridge Parishes Raceday on Sunday has been a massive success over the years and a major contributor to the coffers of its benefactors.

The Tony Martin trained Laganore heads the line up for Saturday’s Irish Stallion Farms EBF Blue Wind Stakes where a field of nine have been declared for the Group 3 contest with the Jessica Harrington Beautiful Morning and Andy Slattery’s twice course winner Creggs Pipes making this a race really to look forward to.

Trainer Jim Bolger is represented by Group 2 winner Turret Rocks, who finished fourth in the Irish Oaks at the Curragh last season, and stable companion Cirin Toinne, while the locally trained Flying Fairies has is another interesting runner trained by John Oxx.  The field is completed by the Aidan O’Brien duo, Butterflies and Key To My Heart and the Johnny Murtagh trained Chilli Spice.

On Sunday racegoers at the Curragh will be treated to the eagerly anticipated Irish debut of Acapulco who will line up in the Sole Power Sprint Stakes over five furlongs. The Aidan O’Brien trained filly is in foal to Galileo.

The race has attracted a strong British representation with over half of the field making the trip across the Irish Sea and trainer Paul Midgley has booked the services of champion jockey Pat Smullen for Monsieur Joe.

Tattersalls Irish 2,000 Guineas entry Irishcorrespondent will attract plenty of attention on Sunday when he makes his second career start in the Irish Stallion Farms EBF Race over a mile. Michael Halford’s son of Teofilo was an impressive debut winner at Leopardstown and will hope to book his place in the first Irish Classic of the season back at the Curragh later this month.

Sunday has  a top class programme of 8 races starting at 1.55 and being Newbridge Parishes Family Day a variety of free entertainment for children during the afternoon including a packed programme of live music from a variety of local bands and musicians.