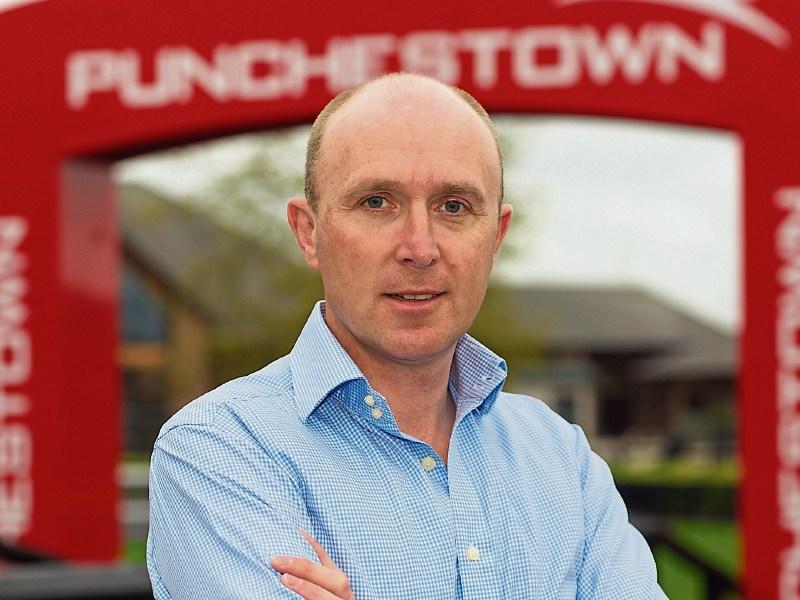 These days Richie Galway is as synonymous with Punchestown as much as General Manager, Dick O’Sullivan, but how many are aware that Wexford native Richie is also the proud holder of a  Kildare club intermediate football medal?

Racing Manager at Punchestown, Richie attended school at Good Counsel in New Ross and while most would associate that school as an impressive GAA nursery, it has also produced an incredible amount of folk now connected to the racing game.

So racing was a big thing for you back in your younger days?

“Not my family mind you, but I had a great love of it from early on and when I finished school I headed off to Jim Bolger for a year as a stable lad and loved every minute of it.”

After that Richie went across the water to agriculture college.

“I met up with a great bunch of Irish lads at college over there and we had great craic; met David Cox who became a great pal of mine; went to work in Weatherbys when I finished college and wasn’t there too long when a job came up at Punchestown and as I was keen at that stage to get home applied and got the job; that was in early 1998.”

Asked what was his initial role at Punchestown? “gofer” was the instant reply and the Wexford native took to the role instantly; adding, with a smile, “Charlie Murless was the boss, and my role hasn’t changed here much since.”

One thing Dick O’Sullivan always emphasises when discussing Punchestown, and in particular the staff is that while they are small in numbers everyone digs in, regardless of the task in hand.

“It is a small team in Punchestown” confirms Richie, “but the good thing about this place is that you end up getting involved, to some degree, with practically everything that is going on, which is brilliant. When we are not racing there are concerts along with many other various events, and now on top of that, we are doing the re-development work here, so a bit of everything.

“Racing is no 1 of course, but my role has been a revolving and evolving one and that is what I really love about it.”

Married to Emma, daughter of top trainer Jessica and the late John Harrington, they have two boys who are very much into the  horses while also involved with their local GAA club, St Laurence’s.

Emma, along with her sister Kate, work with their mum as Richie explains.

“We live just three miles from where Jessie trains and where possible I like to ride out at weekends” while admitting these days it is not as easy with no shortage of taxi duties for his young boys who are always on the go.

“We keep horses ourselves, buy and sell the odd one and have an interest in a few flat ones.”

Being an owner, as well as everything else gives the Punchestown Racing Manager an insight into the plight of those folks who pay the bills.

“It helps to have an involvement as I can see the issues that they (the owners) face; I can see their point-of-view and see how owners are treated and indeed how they should be treated. But we (family) are very lucky and the kids are into the horses big time also.

And what a season to date for Jessica?

She has had a great career says Richie.

“What she has done is brilliant and all involved deserve great praise. Johnny of course was crucial to it; he was a great man and he became a great pal and was of course, as mad as a brush, in the nicest possible way.

“A bit like Dick O’Sullivan here at Punchestown John nurtured and developed that family and that business to allow Jessie, who is hugely talented, to develop to what they now have. When I started to go out with Emma in 1995 they had 35 horses; they have a mixture of jumps and flat now and she has a full yard, a thriving business, and a big employer.”

Eamonn Lee, adds Richie, is with her for forty years plus and to have her two daughters working with her is a great story but they, like many others, went through tough times.

Jessie broke her back; her horses weren’t well for a while, but like all top class trainers even when numbers were on the low side, always managed to come up with a good one.

“Even in bad times she always had a horse to go to Cheltenham and has trained some brilliant ones  including of course Moscow Flyer, Macs Joy, Jezki; and then look at this year and Cheltenham; six runners three winners including Gold Cup winner Sizing John along with Supasundae and Rock The World. Incredible stuff without a doubt.”

And so back to Punchestown and Richie’s day-to-day involvement?

“Track first and foremost; I talk with Seán Ryan (track foreman) most days;  I walk the course on a regular basis but the track is now at a stage that Seán does not need anyone’s guidance, nor indeed the lads out there, they do a brilliant job.

“Brendan Sheridan is Clark of the Course, well know and of course this is his local track; Geoff Kibblewhite looks after the hurdles and is an expert at the art of building them; Eamonn McGarr looks after the chase fences another top class man; Steven Coyle takes care of the running rails through-out the course; all these lads are part and parcel of the success, so the track is extremely well looked after” insists Richie.

While everything at the moment is geared towards the Festival there is much more going on what with the start-up of  Phase 2 of the re-development, not forgetting the upcoming Music Festival at the end of July, at which the legendary Tom Jones will be making his Punchestown debut.

“It’s all go; it is Punches-town Festival nothing else but with lots more thrown-in; yesterday we had a meeting for a couple of hours with the design team of Phase 2 of the re-development. We have just got permission and that has to start; if we don’t get that started by the June 1 it won’t be finished for the Festival of 2018;  if we miss it by a week; we miss it by a year; you can’t start unless you finish. It goes to tender next week; appoint a builder by the end of May; start by middle of June.

“Yes, of course the place is about the festival, but much more besides, and while the fifth day has probably reached its current limit I think if we get what we are doing right and finished, it is only the start of it”  added a very enthusiastic Richie Galway.