Revamped Punchestown gets the thumbs-up at official launch 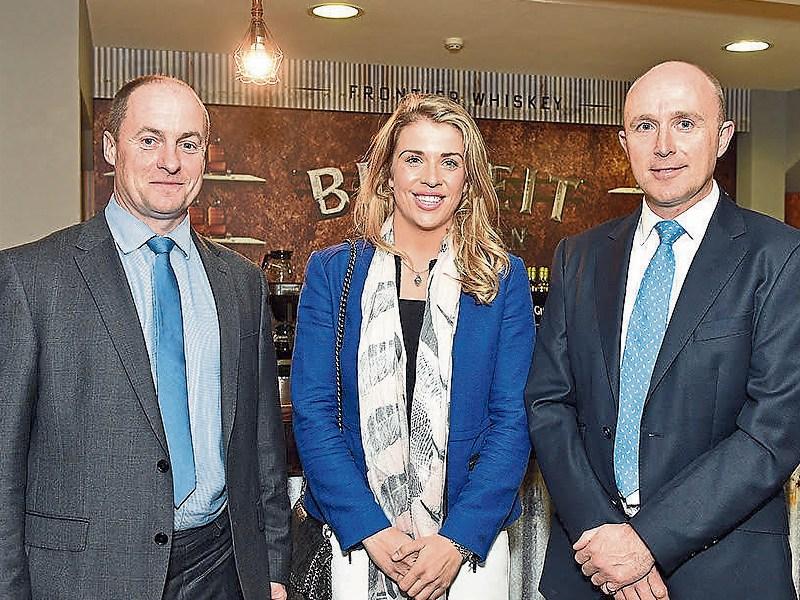 John Buggie, Kate Harrington and Rchie Galway at the launch of the new Grandstand and the Punchestown featival 2017

The 2017 Punchestown Festival was officially launched last evening (Wednesday April 19) at the Headquarters of National Hunt, attended by the Punchestown team led by Chairman, David Mongey, General Manager Dick O’Sullivan, Track Manager Richie Galway, Marketing and PRO Shone Dreaper and all the various personnell that put the entire festival on the road.

It was the first occasion that the re-vamped Punchestown (Phase 1) was on view and all present were hugely impressed with the up graded facilities both under the main stand and area overlooking the Parade Ring, with new bars and eating facilities along with the new La Touche Restaurant.

Willie Mullins and Gordon Elliott were certaily keeping their cards very close to their chests as neither were giving much away, apart from their known big name entries. However Mullins did confirm that Annie Power will definitely be in the line-up, exactly what race he did not reveal but confirmed that ‘Annie’ is on course to make her track re-appearance.

Trainer Elliott said that it would be a dream come true if he came out of the Festival as top trainer for 2017, however he admitted he was certainly not counting his chickens.

Dick O’Sullivan thanked one and all and said they remained hopeful that they can break attendance records, one the ‘man above’ plays his part weather-wise next week.

So the launch over, the track looking fabulous, everything it seems is in place for the five day Festival that gets under way on Tuesday and continues to Saturday April 29.