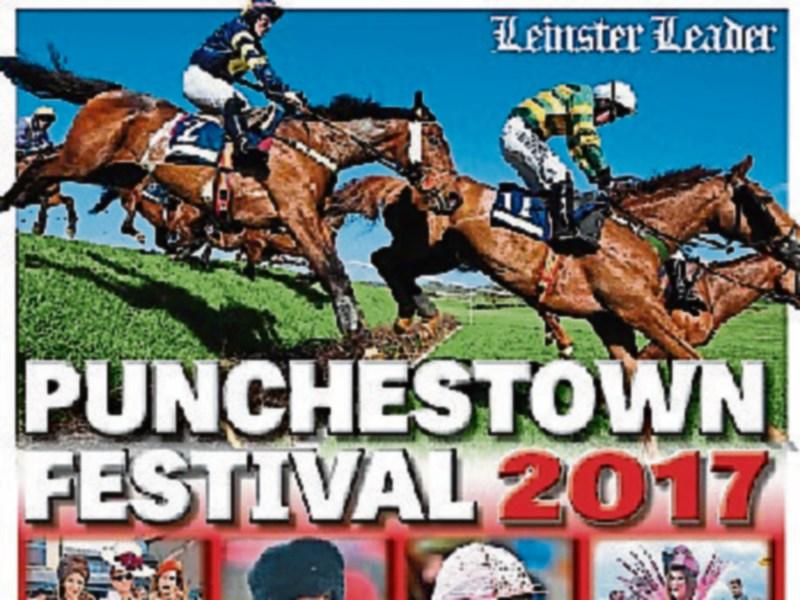 Free with this week’s Leinster Leader, forty page Punchestown Supplement with news, views, interviews, a look ahead to the biggest racing festival of the year,  with €2.9m in prize money.

Jessica Harrington hoping to build on her proud Punchestown Memories, in conversation with Robert Catterson

Festival of 2017, far from a two man show (Robert Catterson).

From the bunker to the saddle, Paul O’Meara talks to former Naas golfer Richie Walsh as he is about to saddle up for the big charity race

After a wait of some 22 years, dream trip finally comes to pass, Colm Schwer looks back on his first trip to Cheltenham.

Spring style for Punchestown … stand out in bold, bright colours.

The Loughlins and Punchestown, continuing a family tradition (Theresa Murray).

Naas is getting ready to boom as local economy is turning a cornere (Alan Shine).

All that and much, much more in the 40 page 2017 Punchestown Supplement, free with this week’s Leinster Leader, in the shops now