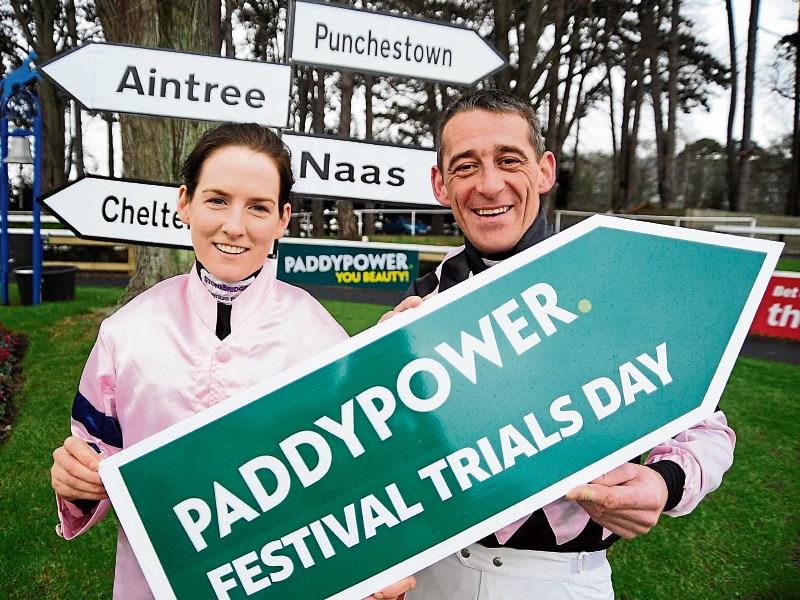 The much awaited and anticipated annual Paddy Power Festival Trials Day takes place at Naas on Sunday February 26, a meeting that has proved a stepping stone for many stars preparing for glory at the big festival meetings, which are just around the corner.

The list of previous winners on this day is impressive to say the least and include Annie Power, Go Native and Felix Yonger along with Don’t Touch It, while Don Cassack, Cheltenham Gold Cup winner in 2016 made his mark at this meeting, along with Outlander and Empire Of Dirt, leading contenders for the Cheltenham Gold Cup in a few weeks time.

The Grade 3 We Show All Live Racing Steeplechase is another stand out race on the card where previously Cause Of Causes lined up prior to winning the Kim Muir Chase at the Cheltenham Festival last season and this race was also previously won by local trainer Ted Walsh with Seabass before his gallant effort in the Aintree Grand National.

The concluding Paddy Power Track My Bet Flat Race is not one to be missed as the Grade One winner Killultagh Vic, who beat Thistecrack over hurdles, is a previous winner and this winners bumper is once again likely to be used by trainer’s preparing horses for both the Grade 1 Champion Bumper at the Cheltenham and Punchestown Festival’s.

As usual during the big race day at Naas there will be interviews with trainers, jockeys and owners who will be hoping to make their mark at Cheltenham.

Racing Manager at Naas, Tom Ryan, is really looking for the big meeting: “The endless list of high class graduates from the Paddy Power Festival Trials Meeting over the years speaks for itself. We are really excited to see the entries next week and in conjunction with Paddy Power we look forward to welcoming a huge crowd on the day.”

Adult admission to Naas Racecourse is €15 with a complimentary €5 bet included. The first race is 2.20 and the build-up to Cheltenham interviews will kick off at 1.40 with Gordon Elliott and Kevin O‘Ryan