Next Destination wins an epic battle 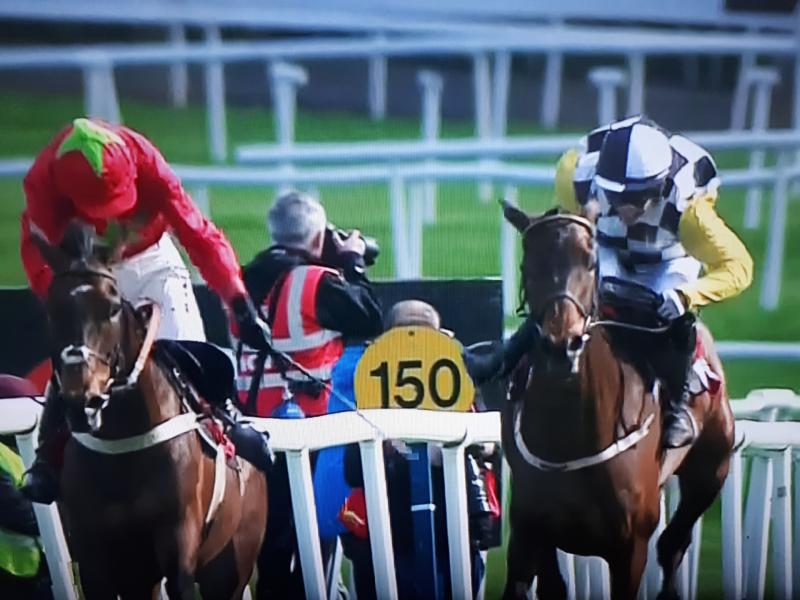 A horse owned by Malcolm Denmark, the owner of Iconic Newspapers, which owns the Leinster Leader, has landed a Grade 1 hurdle at the Punchestown Festival.

Malcolm Denmark owns Iconic Newspapers, parent company of the Leinster Leader, as well as several other titles in both print and online across Ireland, including the Limerick Leader, Kilkenny People Leinster Express.

Next Destination had finished third behind Gordon Elliott's Samcro in the Ballymore Novices Hurdle at Cheltenham last month, and was sent over a longer three-mile trip for this race which offered prize money of €59,000 to the winner.

The win comes just ten days after Denmark's star stayer Pleasant Company, also trained by Mullins, lost out by a nose in the Aintree Grand National. On that occasion, Gordon Elliott landed the spoils with Tiger Roll as both trainers continue their battle for the Irish trainer's championship title.

Next Destination's success also offers much needed relief for Paul Townend who was handed a 21-day ban on the first day of the Punchestown festival after veering away from the last flight onboard Al Boum Photo, carrying out Finian's Oscar and leaving the door open for The Storyteller to win.

Next Destination has been an exceptional novice hurdler this year and it now seems likely he will be sent chasing in 2019.

WATCH BELOW: Next Destination takes the Grade 1 Irish Daily Mirror Novice Hurdle in an exciting finish

What a difference a day makes - Next Destination wins the Grade 1 Irish Daily Mirror Novice Hurdle for Paul Townend and Willie Mullins: pic.twitter.com/Ux9yUtxLue