'No heart, no soul, no leaders' – Roy Keane saddened by Manchester United's performance at Anfield 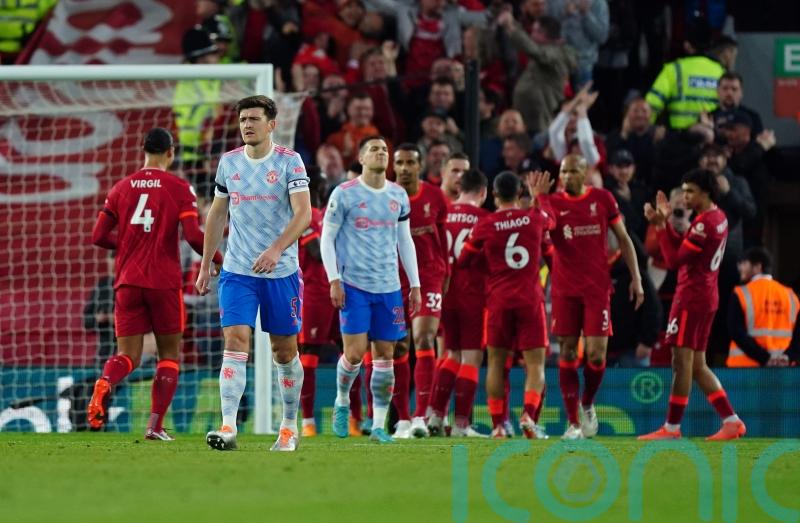 'No heart, no soul, no leaders' – Roy Keane saddened by Manchester United's performance at Anfield

Former Republic of Ireland player Roy Keane claimed it was “sad” to watch his old club Manchester United in such “disarray” after the 4-0 defeat at Liverpool.

Mohamed Salah’s two goals and strikes from Luis Diaz and Sadio Mane put an abject United side to the sword.

Keane, predictably, did not hold back and singled out the performances of Marcus Rashford, Jesse Lingard and Harry Maguire for particular criticism.

Speaking on Sky Sports, Keane said: “It’s not anger, now I think it’s just sadness. You look at the United team, there’s no heart, no soul, no leaders.

“They are so far off. You look at the United fans tonight, there’s no surprise at the scoreline. They kept going until the end, but you just felt Liverpool could score every time they went forward.

“It’s so sad to see and it’s not the club I played for. It’s chalk and cheese. I don’t see a Manchester United team out there fighting and playing with pride.”

Keane had both barrels out by the time Bruno Fernandes had finished his post-match interview with Sky Sports, during which he apologised to the United fans.

Keane added: “We’re hearing the same stuff all the time – ‘We need to be a team, we need to do better.' But we’re not seeing it. There is no team at Man United. 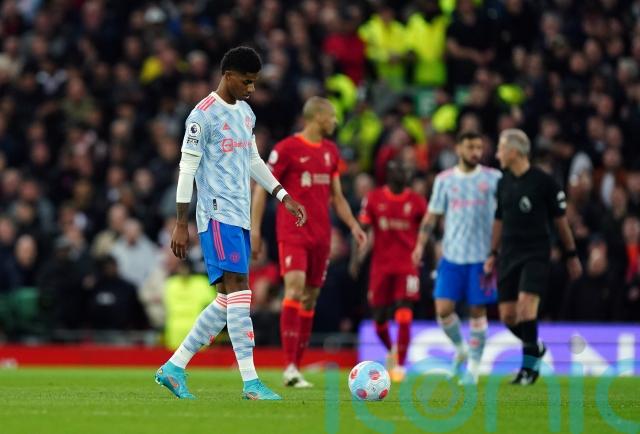 “They are individuals and when they fancy it they turn up. But when the going gets tough they’re out of it. They haven’t got the team spirit.

“This Man United team is well short of talent anyway. They’re not as talented as they think. Look at the midfield tonight. Rashford’s performance up front…

“Jesse Lingard comes on to try and save Man United? Jesse Lingard should have left two years ago. He’s not good enough for Man United. Rashford played like a child up front.

“Defensively? We were trying to help out Maguire before the match, give him a bit of PR. But the last goal? Maguire’s passing and defending, not acceptable and not good enough for Man United.” 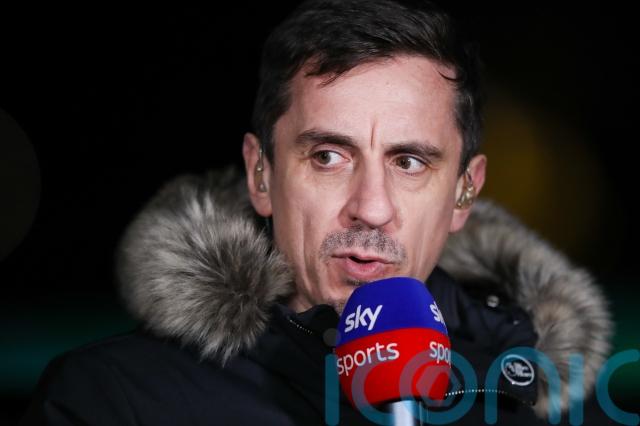 “It was a sobering evening. We expected it, not one Manchester United fan came here tonight with any hope whatsoever,” Neville told Sky Sports.

“Maybe half an hour before kick-off you’re thinking ‘could something happen?’ But nothing. That team’s got nothing.

“There’s some decent players on that pitch. There’s some talent. I can’t explain how it’s gone from slightly promising at the end of last season, finishing second, to the point where we are today, which is an all-time low in my 42 years of watching United.

“There’s some lads out there who are probably really good lads. Good professionals, good careers, good talent. But they are broken. They’re finished, they’re done this season.”