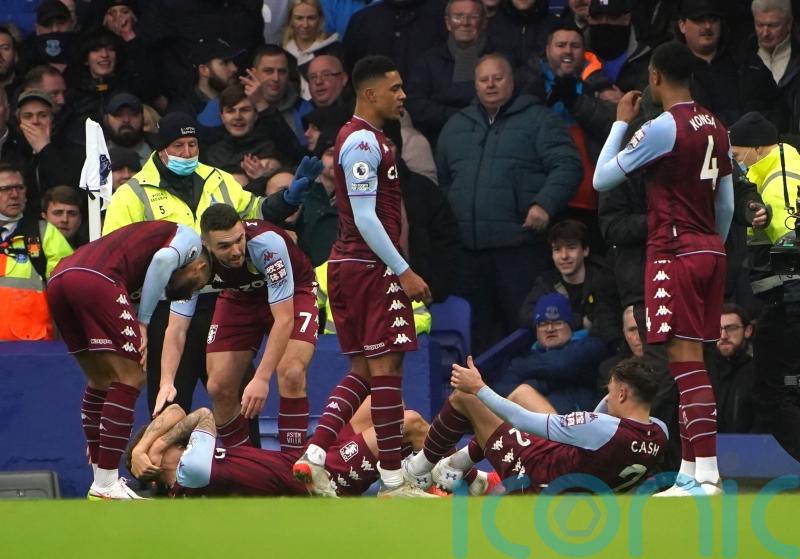 An Everton supporter has been arrested after two Aston Villa players were floored by a bottle thrown from the crowd during the visitors’ 1-0 Premier League win at Goodison Park.

Former Everton defender Lucas Digne, who had only left the Toffees nine days earlier, and Matty Cash both ended up on the ground as Villa players celebrated Emiliano Buendia’s first-half winner.

“Police have arrested a supporter at Goodison Park for throwing a missile onto the pitch during today’s Premier League match against Aston Villa,” read an Everton statement on the club website.

“Several objects were thrown towards the pitch following Aston Villa’s goal at the end of the first half, with one missile appearing to strike two opposition players.

“Investigations in conjunction with the police are ongoing, and the club will issue bans to any fans identified throwing objects.”

The game was Duncan Ferguson’s first in charge of his second spell as Everton caretaker manager following the dismissal of Rafael Benitez.

Ferguson said: “I never saw the bottles thrown, I’ve been told after and we don’t want that, it is bang out of order.

“That is not the way to do things. It is totally wrong.”

Villa manager Steven Gerrard said he had not seen the incident and that his players had not let it distract them from the task at hand.He said: “None of the players have mentioned it. We scored at an important time. The players never let it affect them, they focused on the performance. 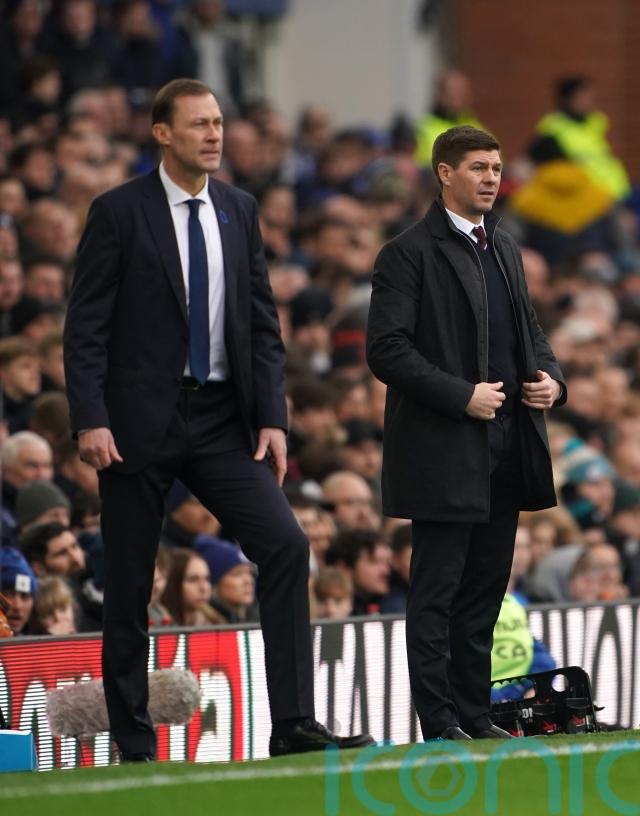 “I haven’t seen it so I don’t want to comment on anything which may or may not have happened. The important thing is we focused on resetting the performance and never let it affect us.”

There have been several such incidents in the Premier League this season when objects have been thrown at players from the crowd, and former England midfielder Jermaine Jenas called for authorities to punish offending clubs.

Jenas, working as a pundit for BT Sport, said: “It’s becoming too often in the Premier League now. It’s disgusting.

“It’s going back to old times, the dark ages of football. Bottles and coins being thrown on to the pitch. 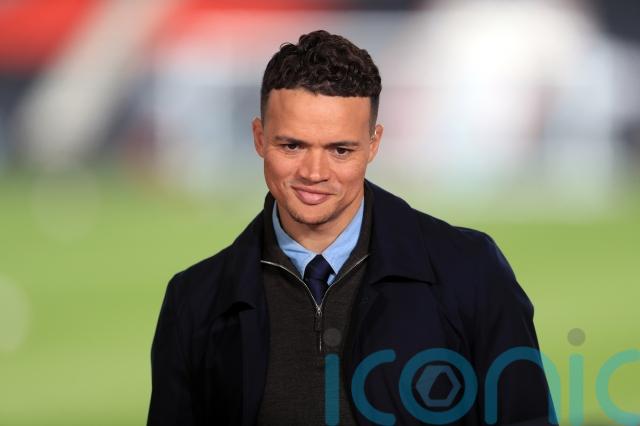 “There needs to be some serious punishments handed out to all the clubs behaving in this way.

“This is not just Everton Football Club. This has happened at various stadiums all season and they need to stamp it out.

“Whatever it may be, they need some punishments to stop it happening again.”