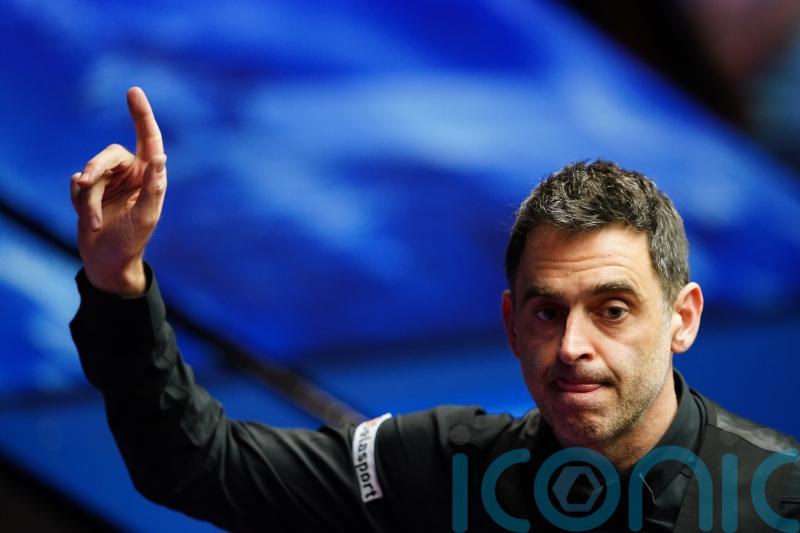 Emotional Ronnie O’Sullivan shrugged off a stirring fightback from Judd Trump to claim a record-equalling seventh World Snooker title at the Crucible.

O’Sullivan had seen a seven-frame overnight lead reduced to just three by Trump in the afternoon session before recovering when play resumed in the evening to polish off an 18-13 win.

O’Sullivan shared a lingering embrace lasting more than a minute with Trump after getting over the line with a break of 83, before also greeting his children who ran into the arena to share his moment.

O’Sullivan told the BBC: “I’ve never bothered about records. I’ve never performed well if I’m going for stuff like that, I just try to enjoy the game, compete, enjoy being on the circuit, try to enjoy what I do and work hard at my game and then you just let the snooker gods decide what they are going to decide. This 17 days they were on my side."

Yet victory was far from a formality for O’Sullivan. Despite sailing into the final day with a 12-5 advantage, some question marks lingered after a tempestuous opening session on Sunday, in which he appeared irritated and clashed with referee Olivier Marteel.

World Snooker Tour officials have confirmed they will take no further action after Marteel issued O’Sullivan a formal warning for a lewd gesture in the eighth frame, which O’Sullivan vehemently denied, doubling down on his affront in a subsequent television interview.

The incident marred recognition of a ruthless first day performance by O’Sullivan, who punished a series of misses by Trump to win a streak of seven frames out of nine, and raised the prospect of becoming only the fourth player to beat his final opponent with a session to spare.

Trump had other ideas, and gradually ensured that attention turned to whether the 32-year-old could mount what would have been the biggest final comeback since Dennis Taylor’s recovery from eight frames down to sink Steve Davis in 1985. 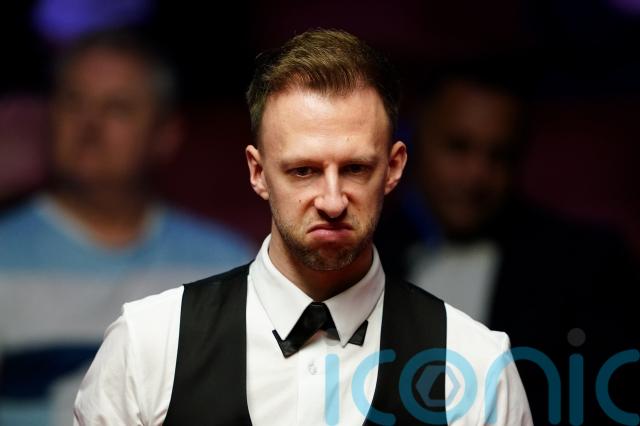 Trump won the first three frames of the day and although a sluggish O’Sullivan stopped the rot, he still looked far from comfortable, producing the pivotal error in the next frame when he fired a red well wide as Trump loomed ever closer at 13-9.

A nerve-jangling clearance from Trump, in response to O’Sullivan leaving a black dangling over the top pocket, made it 13-10, and the pair shared the last two frames of an engrossing afternoon to leave Trump with a glimmer of hope having cut the overnight lead by more than half.

But in front of a packed and suitably raucous Crucible crowd, O’Sullivan immediately eased the pressure by taking the first two frames in the evening with breaks of 82 and 88, each time building on errors by Trump who not unreasonably determined that his hopes of completing a fantasy fightback lay in going for broke.

Trump would win two of the next three, and ensured another bit of history by delivering a record-breaking 109th century of the tournament – fittingly, with a clearance of 109 – to close the gap to 17-13 before O’Sullivan got over the line.

O'Sullivan said, “As far as I’m concerned, this fella (Trump) is already an all-time great.

“The way he plays the game, he just plays such dynamic snooker, and to put up with that pressure for two days – even when he’s not playing well you think he’s just going to spark into action, so you’re kind of having to be on your guard at all times.

“I tried to be as relaxed as I could, but that’s probably my greatest result I’ve ever had.”