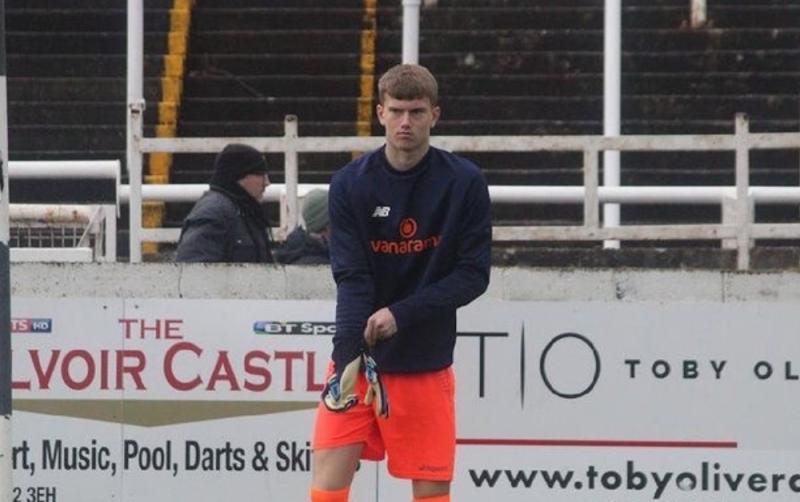 Family. A word that means everything to many. This is exactly the case for ex-footballer Kyle Cooke, who grew up and still lives in Boatstrand, County Waterford.

Kyle, like many, has a story to tell - from his viral football journey that was documented through the social media platform TikTok to his decision to leave the game and pursue his love for fitness. Multimedia Journalist Tom Byrne sat down with Cooke to hear his tale to date…

“I live in the countryside in Waterford, a very rural area near a lot of beaches,” he says, proud of the area he comes from. “I was a striker or a winger when I played with my first team Seaview Celtic. I stayed with the club up until under-12 and then I moved to Southend United which is in the town and they played at a much higher level. I enjoyed my time playing there.”

Cooke faced his first football crossroads when he fell out of love with the game at the young age of thirteen but the then Southend United under-14 player wanted to try out as a goalkeeper which, he explains, was a great decision.

“I wasn’t enjoying my football, I didn’t think I was good enough outfield. Instead of packing it in, I gave it a go as a goalkeeper,” he says.

“Lucky enough I had a goalkeeper coach named Dominick at Southend who took me under his wing. He trained me three or four days a week and my game improved a lot. I ended up winning the most improved player in my first year as a goalkeeper and then I won Player of the Season a year later at under-15 level.”

A trial soon followed for the improving shot-stopper and a chance to sign for League of Ireland under-17 side Wexford FC arrived in January 2019 when he just turned sixteen.

“The two seasons at Wexford were the most enjoyable I've played in my life,” he says, with a smile. “So much credit has to go to Wexford and my coach Billy Molloy for my development. I won Player of the Year in my first season at the club and got the award for the most improved player in my second year.”

After impressing in net for Wexford, Cooke’s native Waterford came calling. Kyle pointed to two heroes of his for helping him grow in all aspects of his career and life. 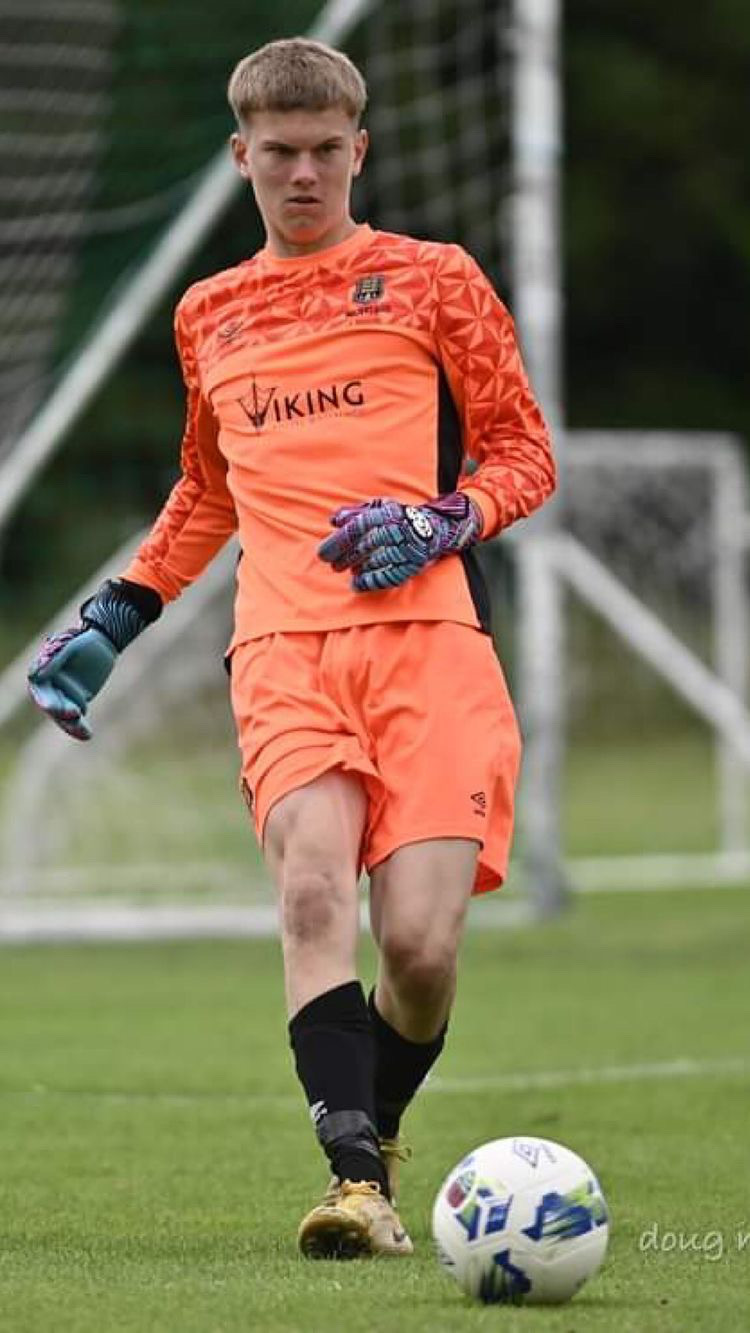 “Waterford is where I am from and I didn’t want to put my grandparents and mother through more hassle of driving up and down to Wexford,” he says.

He wholeheartedly and warmly adds: “My two grandads have been influential in not just my football career but also my life. Without them, I wouldn’t have gotten as far as I did. Everything I do is for them, so that was what made it hard when I eventually stepped away from football after how much they did for me.”

Cooke spent his first year with the Waterford FC under-19s before he got the call up to the senior squad.

“Kevin Sheedy and Mike Newell were the first team management at the time and after playing well for the 19s I was called up to the senior squad,” he says. “It was such an experience to be on the bench against teams like Bohemians and Shamrock Rovers. Although it didn’t work out for Kevin and Mike, I will always be thankful to them for giving me the chance as an 18-year-old.”

It was during Cooke’s time at Waterford that he decided to start his TikTok account and showcase videos like a Day in the Life of a Professional Goalkeeper. The youngster soon realised his content was going viral around Ireland and beyond.

“I always wanted, since a young age, to have an impact on the world and inspire people,” he says. “I knew if I started putting myself out there then people would get inspiration from the videos. I thought the account would get me more exposure and I felt I was confident enough to get in front of the camera to do it.

“It was my first TikTok when I realised, wow, this is crazy,” he adds. “The video got sixty thousand views in the first twenty-four hours. I was thinking this is mad! I kept posting videos and they kept getting massive views. My followers and YouTube channel started growing big time and I got some really nice and motivational comments from people. It is a good feeling knowing I have some sort of impact on people with the videos.”

Kyle’s next big move would bring him across the water to National League South outfit Chippenham Town. The teenager went for a trial in England in December 2021 and after the second day, he was offered a contract at the non-league club.

“The trial came about through a contact I had in Dublin,” he says. “I joined Chippenham’s under-23 team and first-team straight away when I signed. The training was at a high level and all the first-team players were so welcoming.” 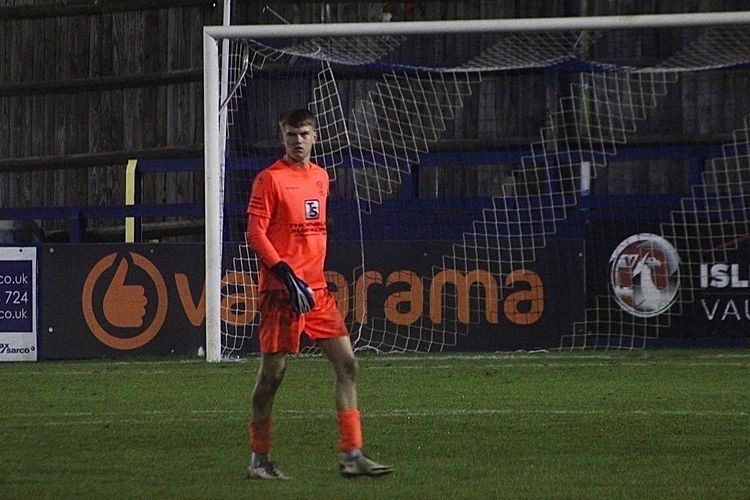 Being away from his family took its toll on the 19-year-old, which, he says, greatly affected his performance on the pitch and his frame of mind off it.

“I didn’t think I would have any negative reaction to moving away on my own,” he says. “At the start it was going well but after a few weeks, it really hit me. I missed my family and my two-month-old brother back home. I would be on Facetime with him and that was when it started to get really tough.

“If I had a bad training session or a bad game I would come home and have nobody around or nobody to talk to, that was also very difficult,” he adds. “I would go back to my bedroom and most nights I would be upset, I have no problem saying that. I missed my family so much that I didn’t want to play the game anymore. I was an emotional wreck; all belief in myself was gone because my head wasn’t in football.”

Kyle made the decision to return home to Waterford in February 2022. It was a choice, he feels, was the best for his well being.

“I remember my last game for Chippenham, I made two mistakes,” he recalls. “I rang my grandad after and told him this is it, I’m coming home. Some of my family came over to me for a few days to give me support and see if there was a chance of me staying. I said I would stay for a little while longer but I would’ve been only doing it for them and not myself. I had lost all joy and excitement for the game.

“It was a Wednesday when they were going back to Ireland,” he continues. “I said to my family look, I’m coming home with you to Waterford. I went up to my manager at Chippenham, which was the fourth time I had talked to him about my situation, and told him thanks for everything but I am heading home. I hopped on the ferry the same day and got back to Waterford.”

Cooke, who currently works at LifeStyle Sports in Waterford, is pursuing his dream of fitness which he ultimately hopes will lead to a dream job in the industry.

“One of my mates suggested the fitness idea to me,” he adds. “I started it and loved it. I wanted to go all-in on it. People ask me why I gave up on my dream but I always reply I am only starting it.”

On the TikTok front, Kyle aims to keep growing his channel which is currently on 52k followers and wants to continue making an impact on the community and beyond.

“My aim is to keep producing fitness videos on TikTok for the brilliant community I have,” he says. “People are still following my journey and for me, that feels so good. The support I have been receiving since the shift in my career has been fantastic. People come up to me in Waterford and say they love the videos - that gives me great satisfaction as I know I am doing something right.”