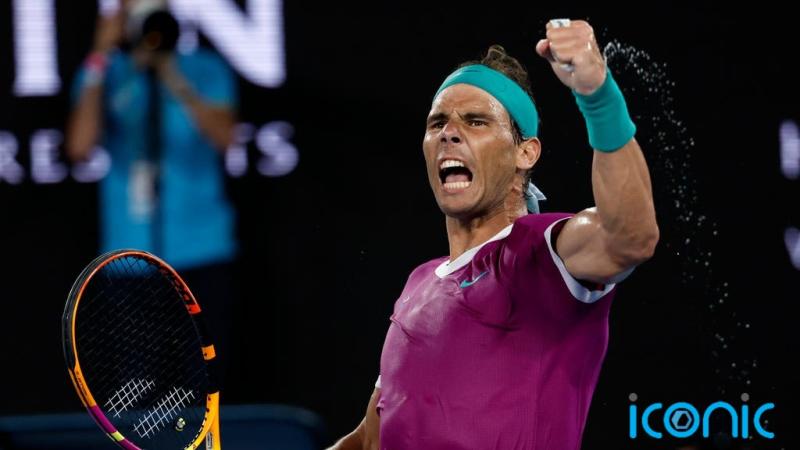 Rafael Nadal achieved the most astonishing feat of his glittering career by fighting back from two sets down to defeat Daniil Medvedev and win a record 21st grand slam title at the Australian Open.

Nadal’s 2-6 6-7 (5) 6-4 6-4 7-5 victory moves him clear of his great rivals Roger Federer and Novak Djokovic as the most successful male player in grand slam history.

When the match, which lasted five hours and 24 minutes, finally finished at 1.11am local time in Melbourne, Nadal dropped his racket to the court in disbelief before pumping his fists in delight and celebrating with his support team.

The victory also makes him only the second man in the Open era after Djokovic to win each of the four titles at least twice, with Nadal finally adding a second Australia Open crown to the one he claimed in 2009.

But the numbers only tell a fraction of the story. The Spaniard feared he may have to retire only a couple of months ago because of a chronic foot problem and arrived in Australia unsure of what he could achieve.

Reaching the final had already exceeded all expectations and it appeared he would fall just short again in Melbourne when Medvedev, who was looking to follow up his maiden US Open title by becoming the first man in the Open era to win the next major as well, moved two sets ahead.

Nadal had faded physically in the third set of his matches against both Denis Shapovalov and Matteo Berrettini but, at 35 and playing in just his 10th match since early August, he outlasted an opponent nearly a decade his junior.

Remarkably, it is also the first time Nadal has recovered from two sets down to win a match since beating Mikhail Youzhny at Wimbledon in 2007, and he is the first to do so in an Australian Open final since Roy Emerson in 1965.

The final, meanwhile, was the second longest in the tournament’s history, behind only the epic tussle between Djokovic and Nadal in 2012.

Nadal was willed on by a crowd who cheered nearly as loudly for him as they had for Australian winner Ashleigh Barty on Saturday evening.

Medvedev was greeted by boos as he entered Rod Laver Arena and the Russian, who is rapidly becoming the sport’s favourite villain, entered into more dialogue with the umpire, this time Australian John Blom, over fans calling out between first and second serves.

He kept a handle on his emotions a lot better than he had during his semi-final victory over Stefanos Tsitsipas, when he screamed at umpire Jaume Campistol, restricting his insults to calling the noisy fans “idiots”.

The contest was also briefly interrupted by a protester who dramatically jumped out of the crowd and onto the court during the ninth game of the second set holding a banner highlighting refugee detention – a campaign that received a global spotlight when Djokovic was detained and then deported ahead of the tournament.

Security guards quickly raced onto the court and tackled the intruder before hauling the person away.

That seemed to be a crucial period of the match, with Nadal holding set point having twice been a break up only for Medvedev, who won seven more points in the match, to fight back and take it with a backhand winner to clinch the tie-break.

The 26-year-old, who had also lost in the US Open final in 2019 to Nadal and here against Djokovic last year, had been exceptional for two sets, finding the perfect mix of aggression and control.

Had he taken any of three break points at 3-2 in the third set, things may well have panned out very differently, but saving them galvanised Nadal.

The Spaniard had been working so hard that a ball girl was called upon to mop up his sweat from the court in only the third game of the match but suddenly it was Medvedev looking the more weary both mentally and physically.

Muddled shot selection contributed to a break for Nadal in the ninth game of the third set, and his desperate use of drop shots betrayed the fatigue he was feeling.

Nadal got the better of three successive breaks early in the fourth set and he looked on his way to the title when he moved 3-2 ahead in the decider.

At 5-4 30-0, he was two points away, but a double fault could have proved costly as a netted backhand from Nadal saw Medvedev break back.

The Russian, though, could not hold his own serve, giving Nadal a second chance to serve for it, and this time he did not falter.