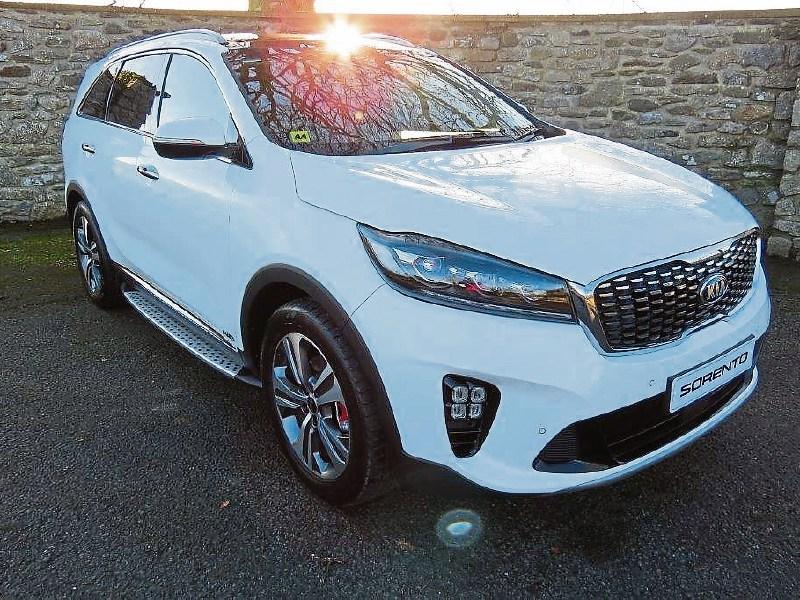 The Sorrento is a very large and capable family vehicle.

All the cars I’ve reviewed in the past 12 to 18 months have had many differences, but one over-whelming thing in common.

In short, the nerds have taken over the motoring industry, and a glut of gizmos and gimmicks are now jammed into every conceivable corner of your average 2018 car – with some models having more than others.

The latest edition of the very capable Kia Sorrento probably has a greater collection of these gimmicks than any other vehicle I’ve seen. And while none of them are new, per se, I’ve never seen so many in one cockpit.

I don’t mean to demean them by calling them gizmos, but you must understand, I was born in the 70’s. Even a radio with more than one channel is a gizmo to me. 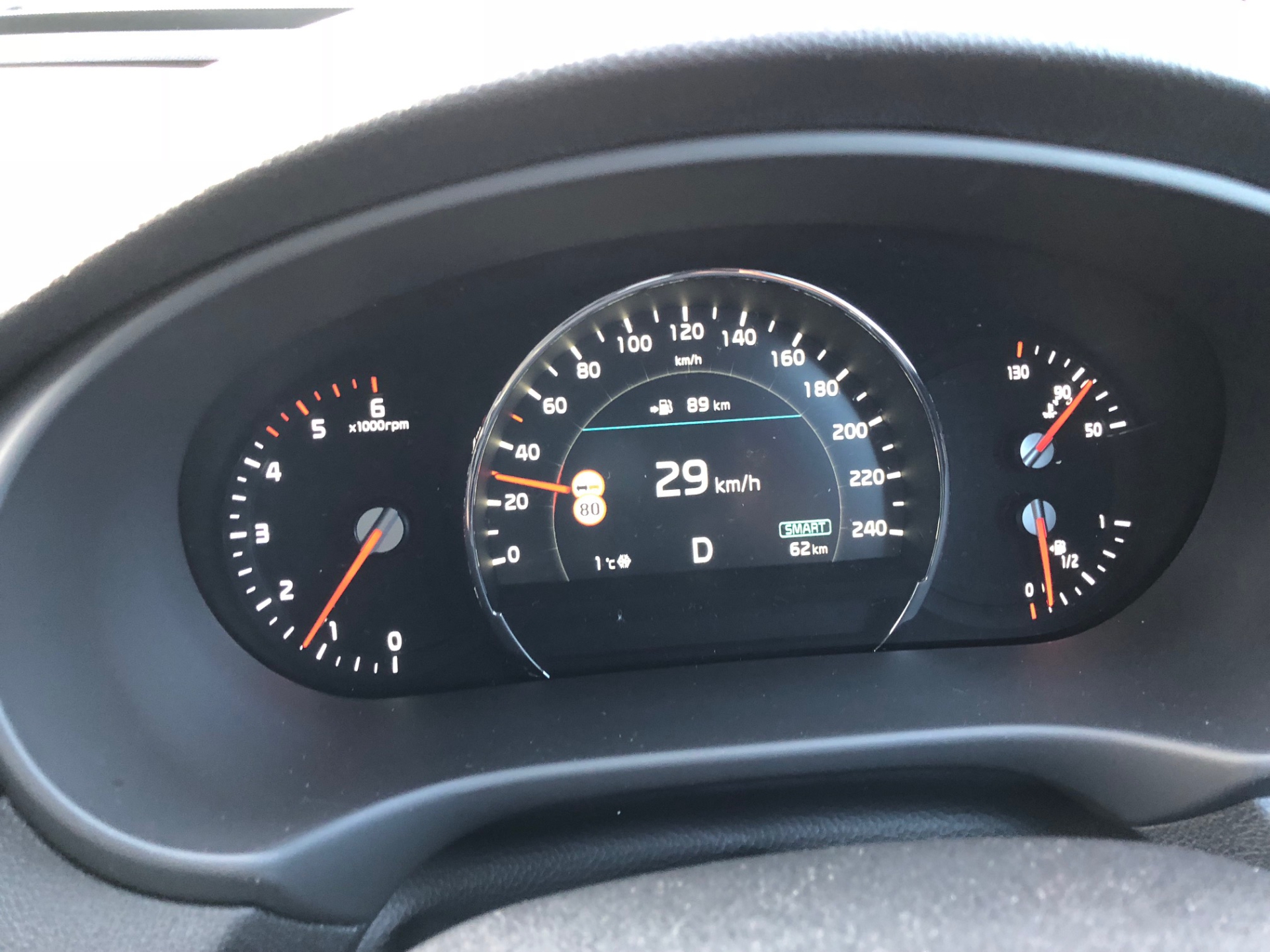 The dashboard is clear, but still contains lots of information.

To set the tone, I drove the new GT Sorrento (it’s not quite new, it’s a handsome facelift) last Monday morning, which as you may recall was pretty Baltic. And that’s why I greatly appreciated the heated seats and the steering wheel.

Normally, I’m quick to dismiss certain features as gimmicks — except when I find myself in a situation where it makes sense and I need them. Anyway, with a warm backside and warm hands, despite the ambient temperature, I then adjusted the seat, which was fairly easy with the electric buttons in the usual place.

This version, the GT, has leather stitched seats and seven seats. I checked — you can fit actual adults in the rear two seats, although it would probably be better if they weren’t Devin Toner-sized.

Although if you don’t need it as a seven seater, you can flip the two back seats down and it gives you what I can only describe as the most generous boot space in any vehicle I’ve ever seen, that isn’t actually a van.

It’s also worth point out that it has that lovely feature where you can open the boot from the fob as well as close it again with the push of a button at the bottom of the door.

The GT has a 2.2 litre diesel engine which produces almost 200 hp, matched up to All Wheel Drive and an eight speed automatic gear box — with flappy paddles.

There are four modes of driving, ranging from Eco to Sport and Comfort and Smart in between.  Eco, as you’d expect is a bit anemic, while the Sport is a lot of fun. Comfort is for regular everyday driving and Smart is the same, with a hint of Eco.

In all modes, I was impressed with the way the engine quickly returned to 1,400 rpms once the speed had been established, which is obviously good for fuel consumption.

I should add at this stage that it only €570 for annual tax, which is low for a vehicle of this poke. 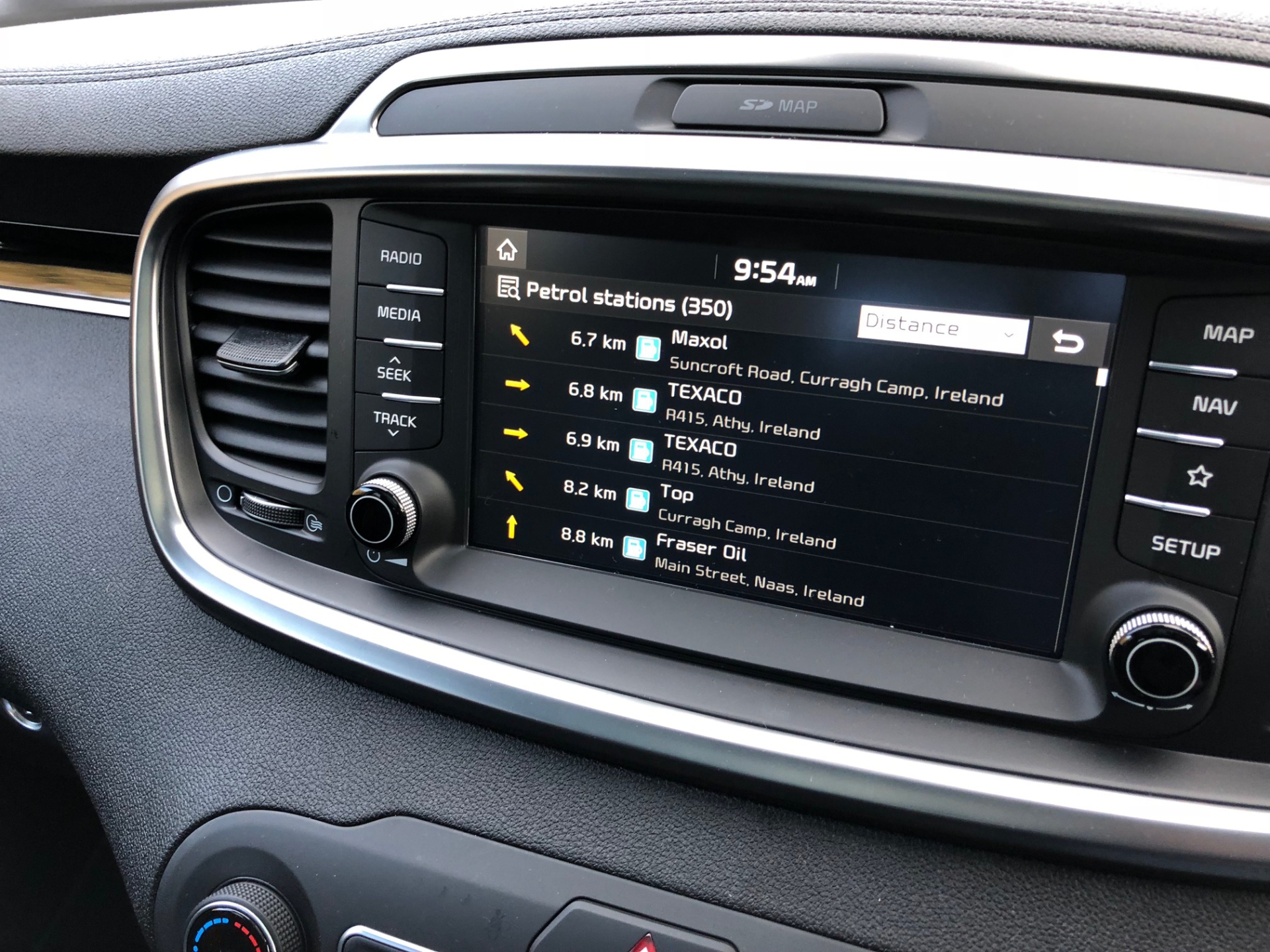 The satnav directs you to petrol stations when you're running low on diesel.

In the dashboard you have a full digital display, telling you what speed zone you’re in and, a new one that I really liked, a notification that tells you when there’s a continuous white line and therefore you can’t overtake.

There’s a wireless charging plate, a good sat nav system with touch screen, reversing camera and more storage space then you can shake a stick at. And yes, you can tell the kds that they can plug their phones into it to play their favourite terrible music.

As I was driving, the orange light for low fuel came on and a message came up on the sat nav telling me that there was “Insufficient fuel in car. Do you want to search for the nearest petrol station?” When I tapped on ‘yes’, it presented me with a list of petrol stations and then directed me to the one I tapped.

There was so much more, from cruise control to very clever climate control. But the one thing that struck me was that this was the ultimate family car, especially if you’re an active horsebox-pulling family with loads of kids and gear. 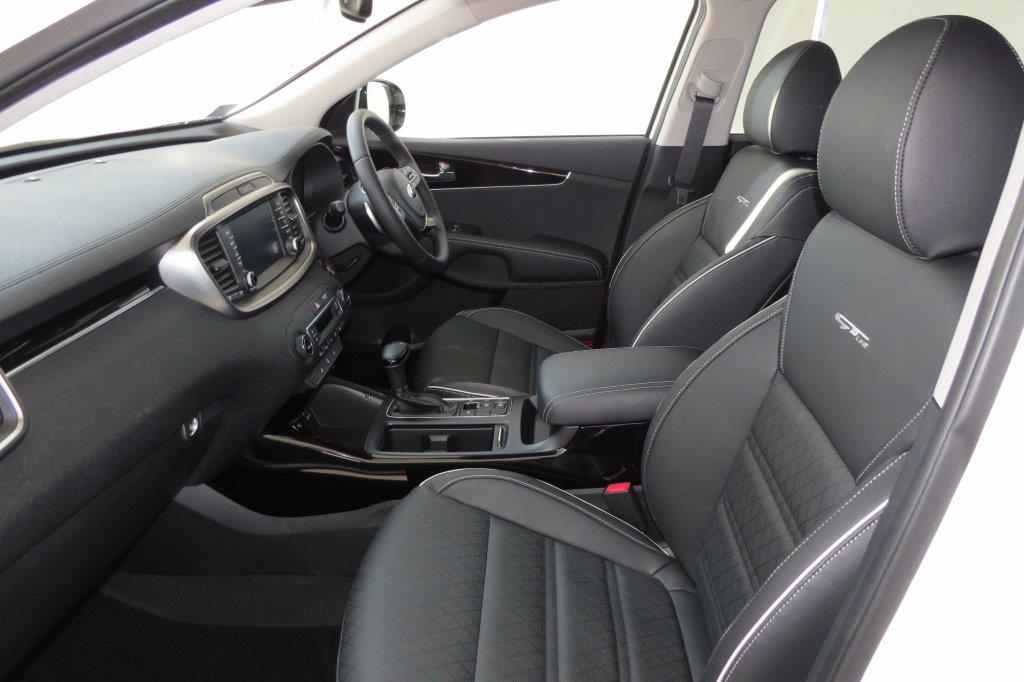 There are many jeeps out there that will pull a horse box and pack in loads of kids, but not many that will do it in such comfort with so much room for everything else. This is the ultimate family car.

Mark Grainger in Dunleas in Kilcullen, where I drove the Sorrento, was telling me that compared to other Kia dealers around the country, the Sorrento has proved to be particularly popular in Kildare. There are also two drive versions and manual versions and prices start from €40,995 all the way up to €52,995. Dunleas can do 3.9% APR on HP & PCP finance, and the famous Kia seven year or 150,000 kms warranty applies. Contact Dunleas on /045- 481299 or at dunleasofkilcullen.com