LATEST: €3.2 million worth of suspected cocaine seized by gardaí near Kildare-Dublin border 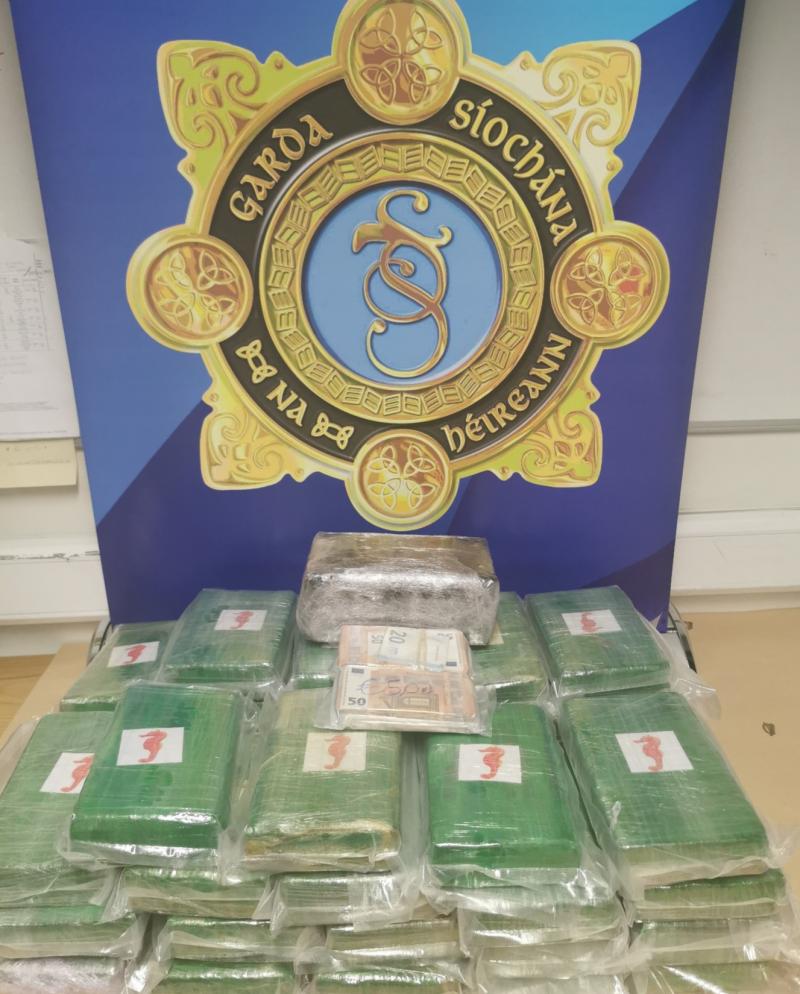 Gardaí also seized drug paraphernalia and cash to the value of €21,500 during the course of the search. Pic: Garda Info on Twitter.

Approximately €3.2 million worth of suspected cocaine was seized by gardaí.

It was also announced by gardaí that one male was arrested as part of an investigation into the sale and supply of drugs in the Clondalkin area.

During the course of the search, Gardaí located and seized over 40 blocks of suspected cocaine.

The estimated street value of the seized drugs is approximately €3.2 million, pending analysis.

Gardaí also seized drug paraphernalia and cash to the value of €21,500 during the course of the search.

One male, aged in his late 30s, was arrested and taken to Lucan Garda Station where he is currently detained under Section 2 of the Criminal Justice (Drug Trafficking) Act, 1996.