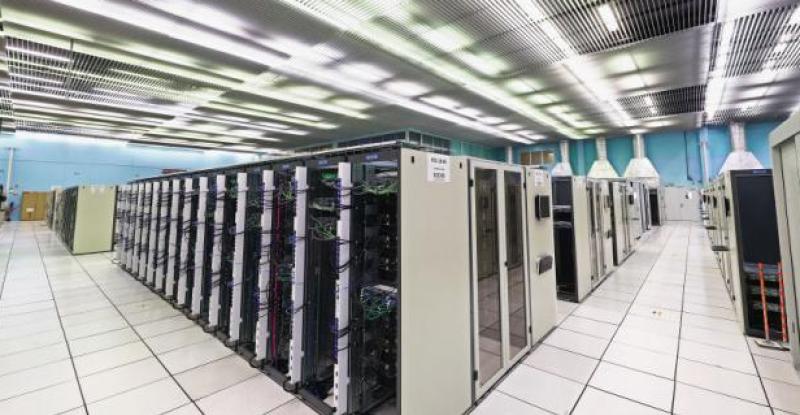 A People Before Profit (PBP) politician has claimed that plans for additional data centres goes against Ireland's climate targets.

Paul Mahon, who ran as a candidate for Kildare North in the 2020 General Election, made the claim in reference to last week's report from Wind Energy Ireland (WEI).

WEI detailed that the nation is at risk of missing its climate targets due to a shortfall in wind energy generation.

He has called the development "contrary to our climate targets- especially in a climate emergency," and added that with the planned expansion of the data centre sector and development in this country, Ireland would be further locking itself into reliance on fossil fuels for other sectors because of the amount of renewable energy capacity that the data centres would demand.

Mr Mahon has called on the government, in particular the Green Party, to support the People Before Profit Planning and Development (Climate Emergency Measures, Amendment) Bill 2021), which would ban the construction of anymore additional data centres in this country whilst we are in a climate emergency (while carbon in the atmosphere registers as over 350 parts
per million).

He explained: "We know these data centre are a massive drain on water and electricity and post-construction they provide very little by way of employment or input to the local economy and with 94 Acres of land rezoned to allow construction of one of these Data Centres in Naas, we should be asking ourselves is this the best use of construction workers in a housing
crisis?"

"The report from Wind Energy Ireland today shows that we risk missing our climate targets due to a lack of renewable wind generation capacity."

Mr Mahon continued: "The addition of data centres on top of this demand would throw our climate goals out the window; the existing 70 data centres in this country consume 11 per cent of entire electricity output and 30 are planned, with another eight under construction."

He claimed that this is putting an additional burden on the Irish energy system, referring to it as being "completely unsustainable," and would also present massive problems for Ireland, in terms of blackouts for ordinary people and businesses.

Projects from Kildare wanted for Erasmus+ programme as deadlines approach

"I call on the Green Party to use their sway in government and back this bill so that our national policy around data centres can be rational and sustainable."

Mr Mahon concluded: "Anything other than full support for this bill from the Greens would represent a betrayal of the climate movement and an abandonment of Ireland’s climate targets and obligations."

PBP has since made an appeal to members of the public on its official Twitter account to the protest in support of the bill outside the Dáil on Thursday September 30 at 5.30pm.

The new law will ban the development of new energy hungry Data centres, stop any proposal to build Liquified Natural Gas (LNG) terminals and limit all new fossil fuel infrastructure in the state.

Join the protest in support of the bill outside the Dáil on Thursday 30th at 5.30.

Mr Mahon has since shown his support for the protest by retweeting the post.