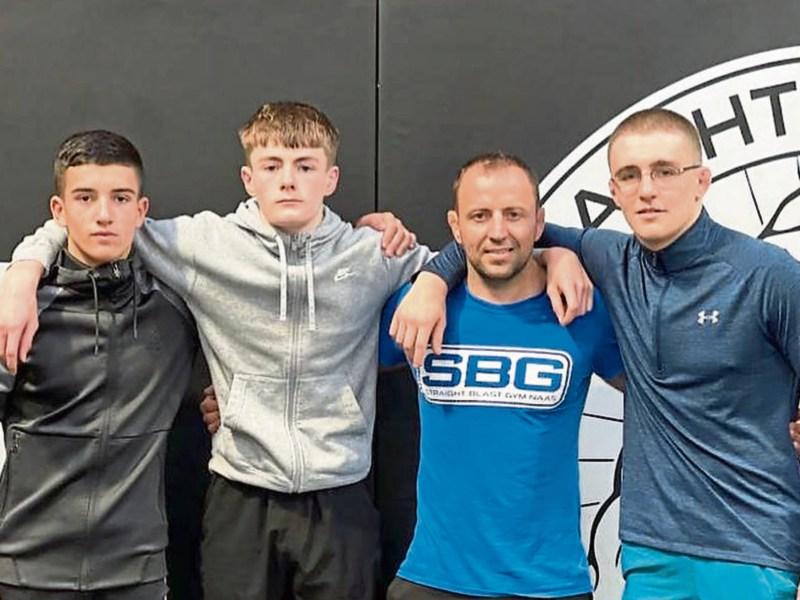 Three teenagers from the SBG Naas gym will travel to Bulgaria this week to represent Ireland in the youth Mixed Martial Arts World Championships.

Brandon Blake, Alex Keogh and Max Lally are among 27 young athletes, aged from 12 to 17, carrying Irish medal hopes in the international competition, which will take place from July 30 to August 1.

The three young men have put in countless hours of training and preparation in difficult circumstances during recent lockdowns — often working with coaches over Zoom and training skills and fitness in outdoors sessions.

Their proud coach Sergey Pikulskiy of SBG Naas, one of the top wrestling coaches in the country who has trained UFC double champion Conor McGregor, is also part of the national youth team’s coaching panel — and he is predicting great performances from the trio in Sofia.

“I give them a lot of credit, they are very focused on their training,” he said. “I can’t wait to see what results they achieve.

“I don’t need to motivate them much — they focus and they listen,” he said.

Brandon Blake will compete at bantamweight in the u16 age category. With a gymnastics background from a young age, Brandon is an experienced competition wrestler and a talented Brazilian Jiu Jitsu practitioner. “He is very determined and doesn’t take no for an answer; a great character with an amazing heart and work ethic,” said Sergey.

Sixteen-year-old Alex Keogh, who will also compete at bantamweight, originally started his martial arts training at SBG Ireland headquarters in Dublin, before moving to Naas a little over a year ago. “With his years of experience, he has a fantastic understanding of the fight game,” said Sergey, who describes Alex as a fast learner and a very solid MMA fighter, again with strengths in wrestling and BJJ.

Max Lally, at welterweight, who will turn 18 shortly after the Worlds, is the oldest of the three teenagers. He has trained with Sergey since he was 12 years old. An experienced wrestler who has competed at a high level in Ireland, his coach is expecting a great performance from this experienced and well rounded mixed martial artist.

Sergey describes the three teenagers as ‘gentlemen’ and says their families really support their MMA dreams. “That is very important for kids in sport. These three boys’ parents give them huge support. That is a big boost - you can rely on the coach, but if there is no support internally in the family it is difficult to reach their goals.”

Another boost for the trio was when UFC star Conor McGregor surprised the Irish youth MMA squad back in June by announcing he would foot the entire bill for their trip to the World Championships.

Because MMA is still not officially recognised as a sport in Ireland, its dedicated young competitors do not qualify for any government funding or assistance to travel to international events.

Families were facing costs of between €1,500 to €2,000 per competitor, and parents/chaperones and coaches would also have to fund their own travel. Several had already started fundraising to meet the expense before ‘The Notorious’ stepped in.

“It is a huge relief and the whole team is so grateful to Conor for doing this,” said Sergey. The Irish delegation of around 50 people will fly to Bulgaria this Wednesday. The competitors will be Covid-19 tested and weighed in before their competitions, which start on Friday.

The young competitors fight at a natural weight level without drastic cutting. Safety and gaining experience is paramount for the young competitors, who wear protective gear during their bouts, and the modified rules do not allow for head or face strikes, along with some locks, submissions and kicks seen in the senior or professional sport.

The midlands will be represented by several promising competitors, including SBG Portarlington’s Nathan Flanagan and Bernie Ward and Jordan Scully from SBG Tullamore. Philip Mulpeter of SBG Portarlington is the squad’s head coach, working with Sergey, and Mullingar’s Danni Neilan and Alan McCormack.

Sergey himself is one of the top wrestling coaches working in Ireland, and is at least partly responsible for the growth of the sport in recent years, both on its own and as part of the Mixed Martial Arts scene.

Originally from Moldova, he began his wrestling training as a young child; and competed with the Moldovan national team for seven years.

He unfortunately suffered a very serious back injury in his twenties which stopped his competitive career. During a stint in Florida he became involved in the prestigious American high school wrestling scene and coached competitors to state championship level.

“I was missing the feeling you get when you wrestle and you win. But when the lads in America started winning, when they got their hands raised I got mine raised as well. I thought ‘this is it. This is what I am going to do for the rest of my life’,” he said.

A chance encounter with some Polish wrestlers when he moved to Ireland led him to John Kavanagh’s famous SBG Ireland headquarters in Dublin — which was, 15 years ago, the epicentre of the country’s burgeoning MMA scene. Having impressed on the mats against fighters, including McGregor, who were then up-and-comers, Sergey became the organisation’s head wrestling coach.

And while his most famous wrestling student is, undoubtedly, McGregor, with whom he has travelled the world as part of his training camp, Sergey is also enthusiastic about promoting the growth of both wrestling and MMA in Ireland.

He talks about the benefits of these sports, especially for young people: including better mental health, discipline, healthy eating, learning physical skills and respect for their coaches and team-mates. 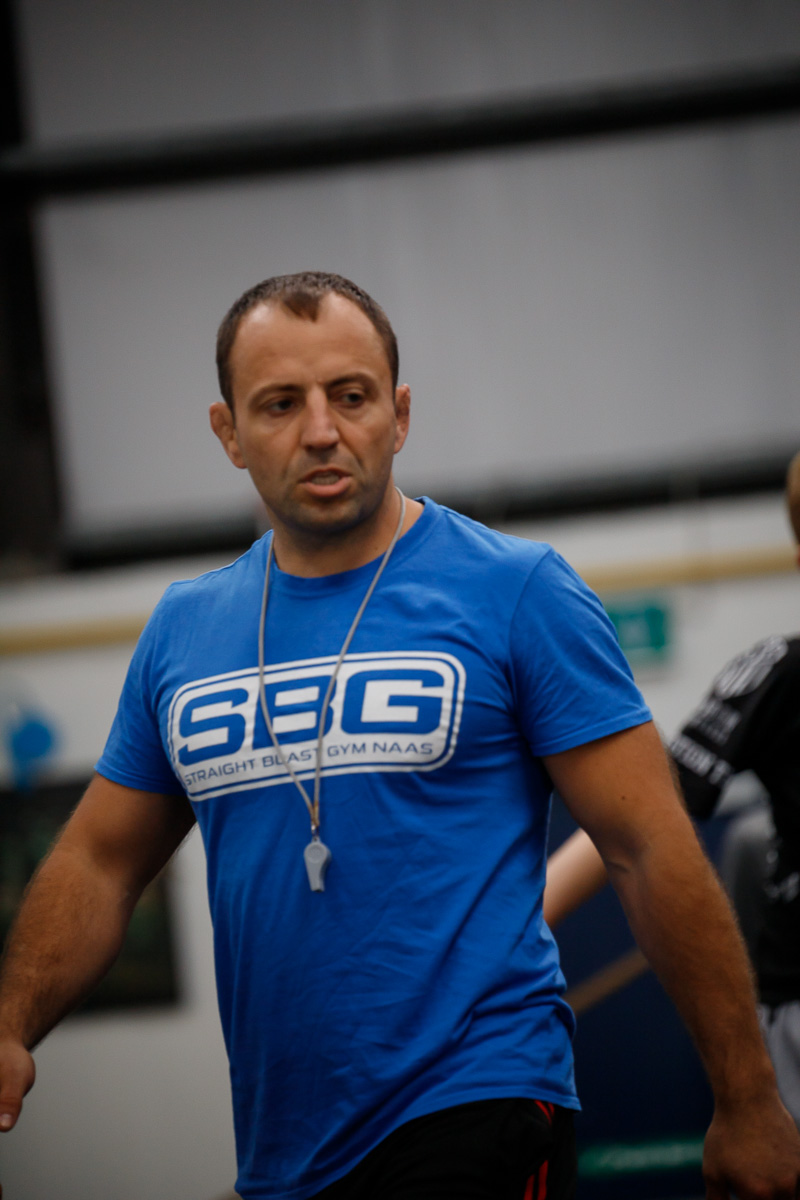 Despite repeated closures due to Covid-19, it now boasts a roster of up-and-coming young talent — including Sergey’s own 10-year-old son Albert, who is a promising wrestler and has been training since he was five. — plus kids and family classes.

“This gym is for everyone. If someone wants to go the professional route, we can accommodate that, but we have people who just enjoy training learning skills and meeting new people.”