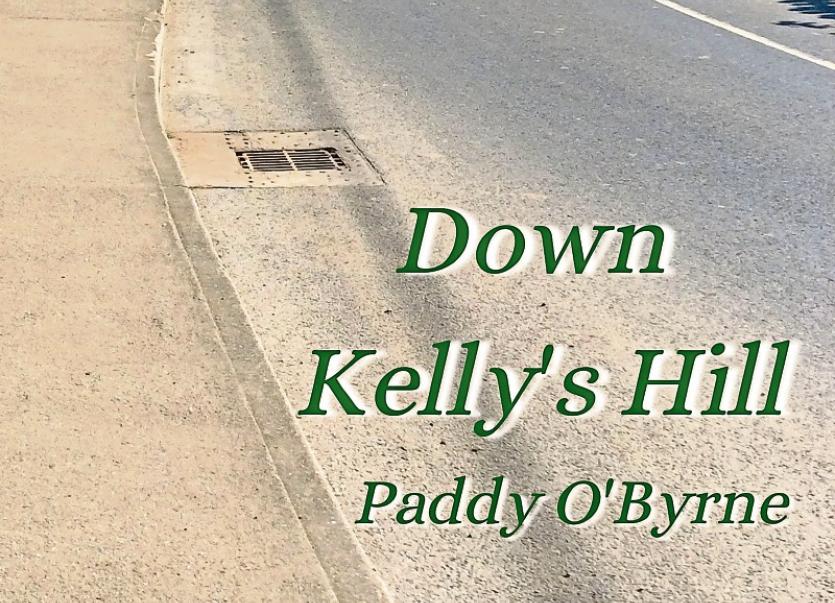 Rathangan resident, Paddy O’Byrne has released a new collection of poetry based on his childhood.

Titled Down Kelly’s Hill, the book is based on his years growing up in his home town of Tinahely, Co Wicklow.

All proceeds from the sale of the book, which is priced at €10, go to South Wicklow Hospice Homecare Team.

Paddy explained how he undertook the project during the various lockdowns. Following conversations with former school friends and acquaintances, it got him reminiscing about times gone by.

The poetry collection became his memoir and spans from 1968 to 1980.

“I had to have a care of duty when I was writing the book. I contacted the family of anyone that was identifiable and got their permission to include them. That was very important for me,” explained Paddy.

“It’s got a massive response. It’s gone down really well,” he said.

“I decided to do it in aid of the hospice because of the work they do. My brother died on February 19 and they were around to help. They give support to people, offering them fuel, drivers, equipment and other support. It’s a group of locals, who work away quietly in the background.

“They get orthopaedic chairs for people, they cost around €3,000 or so and they make a huge difference to families,” he said.

The book is printed by Naas Print and is available from Rathangan Parish Office or by emailing obyrepaddy0@gmail.com

“I know it’s about Tinahely but it could be any village in Ireland. I think it has a broad appeal.

“Every town has it’s own characters and stories. I think people will identify with it,” he said.

Having lived in Rathangan for 30 years, Paddy has self- published a number of collections of poetry, donating the proceeds to nominated charities.

He has facilitated creative writing workshops, adult education classes and has also liaised with children at national school level and transition year classes.

He has performed to live audiences in venues across Kildare, Laois and Wicklow.

Having returned to education in recent years, he graduated from the national university of Ireland Maynooth, with a degree in Community Studies.