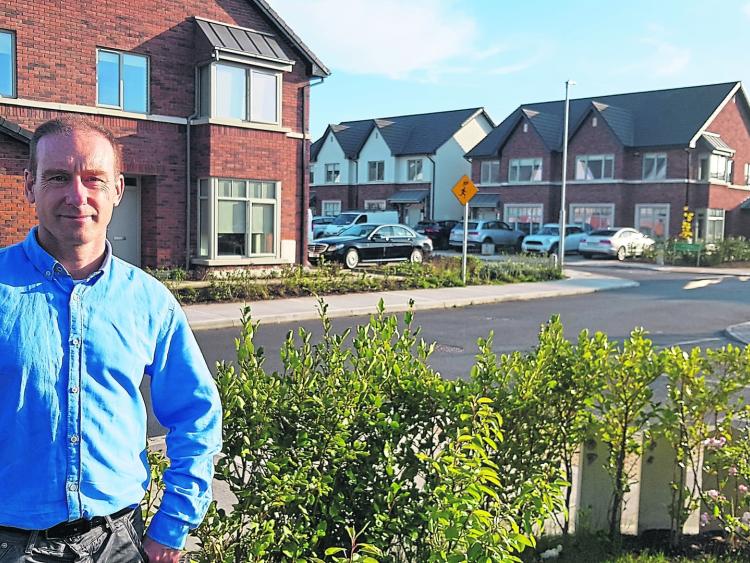 Residents of a recently built Naas housing estate have been left without a proper creche — despite a shortage of childcare places in the town.

The houses at Castle Farm, Jigginstown, were provided by Dublin-based development company Ardstone, which is a significant player in residential construction in County Kildare.

Resident Barry MacNeill said residents feel let down because the creche has not been built.

The first families began moving in almost three years ago.

However, the developer maintains the creche will be built and the company has been in communication with a service provider.

“There is a general feeling that people have been deceived because the creche has not been provided. A lot of young families live here and many people commute to Dublin to work,” said Mr MacNeill.

He added: “A lot of us bought houses on the premise that a creche would be there.”

In his case, he and his partner have a nine week old baby and they have no childcare arrangements from August when his partner returns to work.

“I don’t know what we’ll do; I can’t work from home. We bought here because we thought there would be a creche”

He pointed out that literature produced on behalf of Ardstone to promote College Farm stated that “buying a new home is built on trust (and) we take that trust seriously.”

Mr MacNeill stated: “We’re really pissed off, we forked out the biggest spend of our lives based on what we were told. Creches should be built in the early stages of development. I’m not just having a go at them, I’ve tried to contact them.”

Vincent Halpenny, chair of the residents group, said the residents are not happy because the creche was part of the planning permission and for a number of people it was a considerable factor in the decision to move there.

He said there aren’t enough creches in Naas despite the growth in population. “This is a new estate with a lot of young people with kids and the demographic suggests that more children will arrive.

“This is a problem. Kildare County Council has been granting permissions for houses and the corresponding infra-
structure isn’t there.”

Just over a year ago Ardstone sought to omit the single storey creche and replace it with six new dwellings but this application was turned down by Kildare County Council.

According to the council, four out of the five residential developments approved in the Naas area over the last decade with a creche as part of the planning permission, do not yet have a creche.

The information was sought by Naas councillor Bill Clear who told the Leader that he will object to Ardstone developments in County Kildare if the creche is not built.

“I will fight to have this done; to have the requirement for creches in the area fulfilled.”

He added there “are plenty of people” willing to run creches in Naas.

Ardstone is a major player in the residential development sphere and is also constructing a social housing project off the nearby Kilcullen Road.

This was despite criticism from councillors at the time on the basis that residential development in the area was not taking place sequentially, there are inadequate transport links and there is a shortage of creches.

The company also has permissions for houses in Johnstown and Leixlip.

In a statement issued shortly before the Leader went to press on Monday last, Mr Cassidy said: “Ardstone have recently reached agreement with a creche operator and construction of the creche at Castle Farm is expected to commence shortly.”