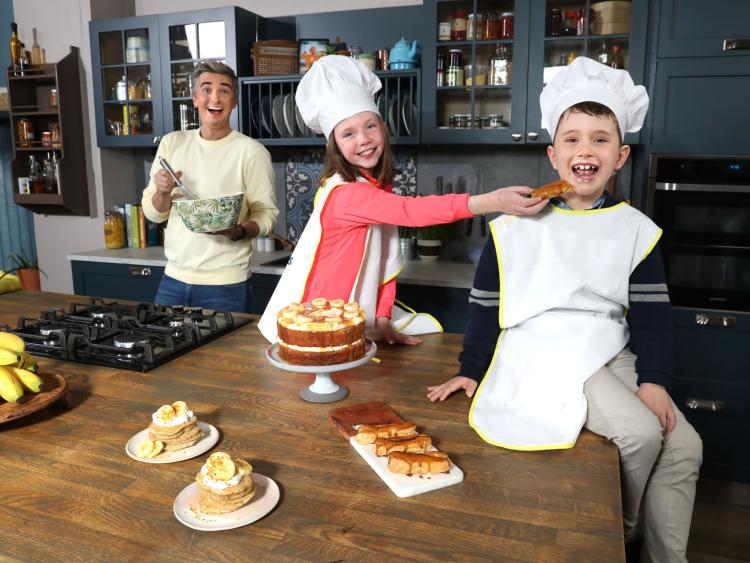 Banana importers Fyffes has issued an invitation to mums, dads and children throughout Kildare and beyond to join in a search to find Ireland’s ‘Best Banana Dessert’ creation.

Fronting the search to find this year’s winning creations is Ireland’s well-known television cook, Donal Skehan, whose programmes are a favourite amongst viewers and wannabe cooks.

The popular presenter hopes to repeat the success of last year, when his task was to judge Ireland’s most creative banana bread bakers. 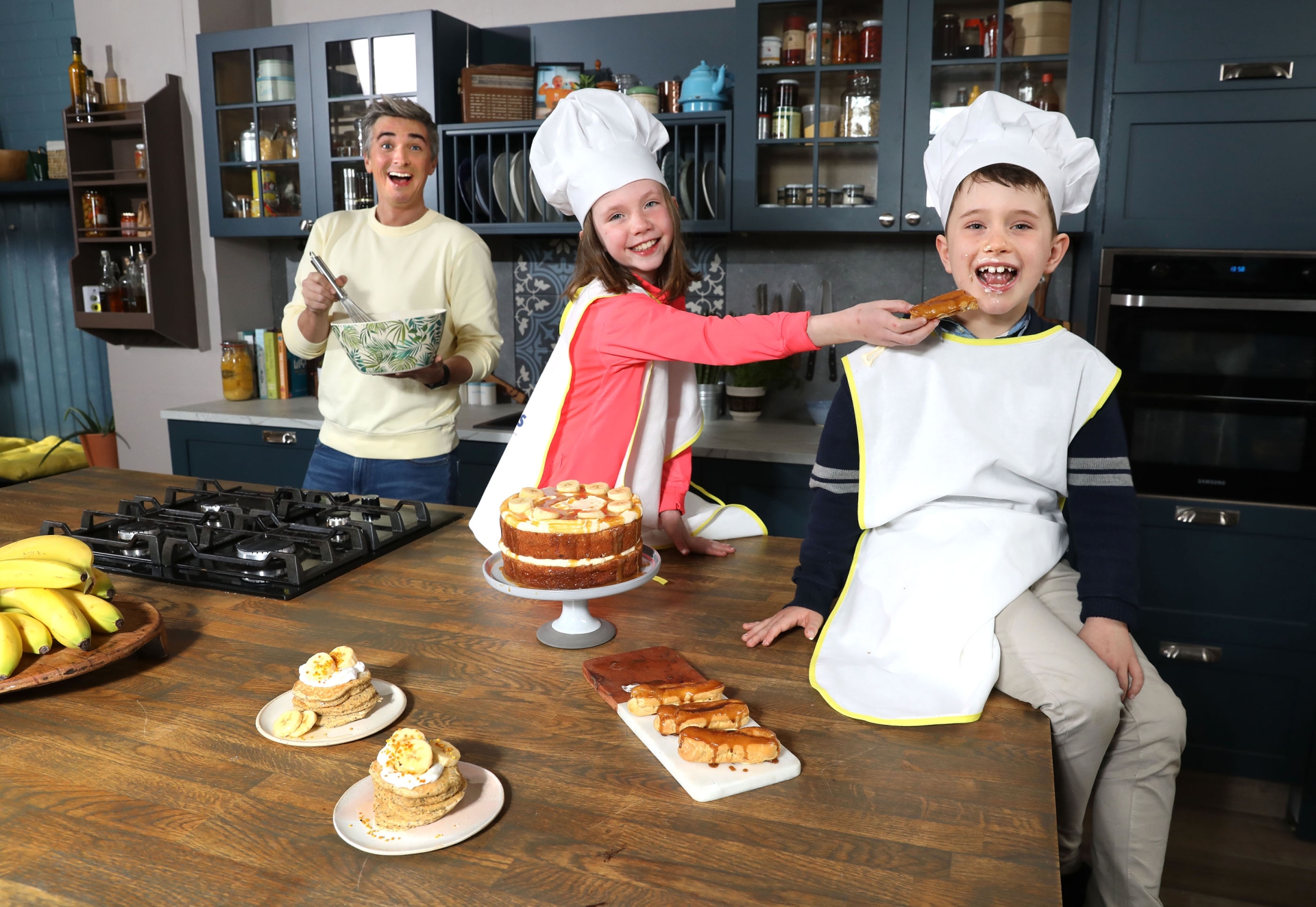 PHOTO: To mark National Banana Day on 21st April popular TV cook, Donal Skehan is on a mission to find Ireland’s best banana dessert creation that has a banana as a key ingredient. Pictured helping him to launch the initiative are siblings Ellie (9) and Ryan (7) Connor.

The reward will go to the overall winner and best junior baker with recognition for originality in a number of other areas.

Entries are open from April 14th-19th, with winners announced on National Banana Day itself, April 21, an initiative devised to support the national drive to encourage healthy eating, especially amongst young and growing children.