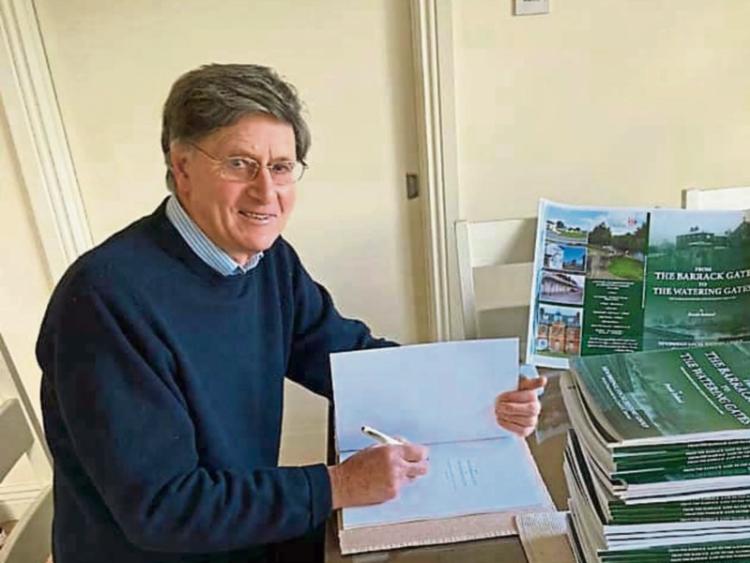 Popular Newbridge history book, From the Barrack Gate to The Watering Gates, has been reprinted due to demand.

Author Frank Boland recounts where the title came from.

“The housing estate known as The Barracks is situated on Newbridge Main Street, behind the Garda Station and adjacent to St. Conleth’s GAA Park,” he said.

“The area was originally part of the British Garrison’s Married Quarters, hence the popular title.”

Newbridge Town Commissioners took responsibility for the estate in the 1930s, building some additional houses and converting others. Throughout the decades since the estate has played a major role in the housing history of Newbridge with many families in the town having a connection with it.

In his book, Frank Boland estimates that as many as 300 families have lived and passed through there in the intervening years. This fact has in no doubt contributed to the level of interest generated locally since the recent publication of Frank’s book which is based on the reminiscences of life in The Barracks, by past and present residents, as well a large number of family photographs generously contributed to the project. Stories include memories of the professions and pastimes of the residents, family events and romances — even the role of a couple of equine residents who were accommodated under the stairwell or nearby.

From the Barrack Gate to The Watering Gates is available once more in Farrell and Nephew Newbridge and Woodbine Books Kilcullen. It retails at €10 and proceeds go to Newbridge Meals and Wheels.