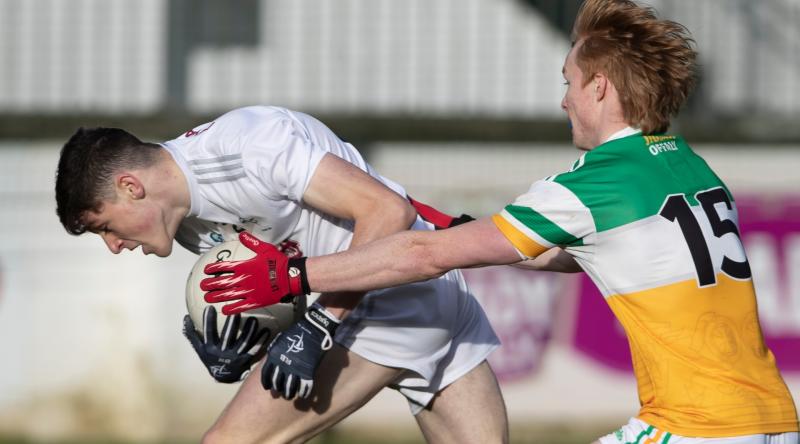 Kildare crashed out of the Leinster Minor Football Championship at St Conleth's Park this afternoon going under to Offaly by three points. It was a game dominated by the visitors from start to finish, defeating Kildare for the first time at this level since 2007.

Very disappointing display from Kildare who never looked settled, rarely threatened in a game that Offaly should have won by a lot more than the three points in the end.

Offaly led at the break 2-6 to 1-3 and while Killdare did threaten somewhat in the second half, they never really looked, or deserved, to win this one.

Offaly now march on to the final on the first Sunday of January, while Kildare can only lick their wounds having been out-played in this one throughout the game.