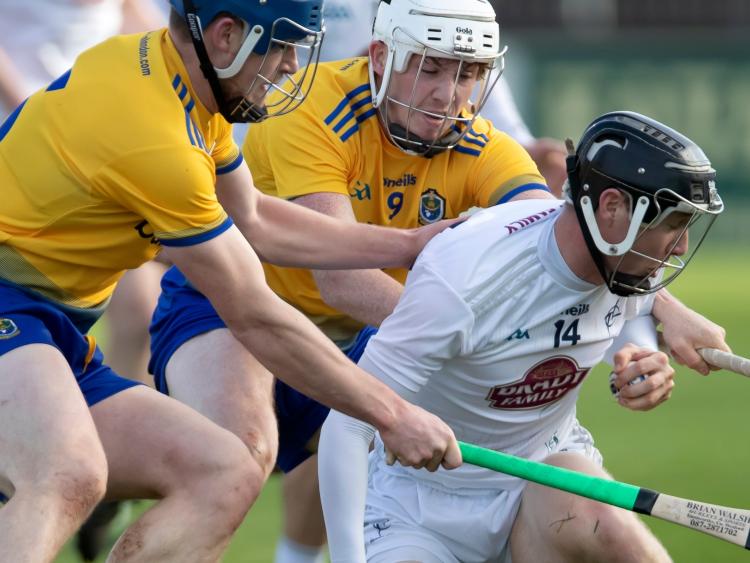 Brian Byrne (Kildare) holds on to the siothar ahead of Rosommon's Michael Byrne in the Christy Ring semi final. Picture: Sean Brilly

Kildare booked their place in the 2020 Christy Ring Cup with an emphatic win over Roscommon at St Conleth's Park this afternoon. While in the second semi final, Offaly (1/33 favourites) were shocked when losing out to Down after extra time and a penalty shoot-out.

While it took The Lilies a while to get into their stride and in fact they trailed by a point after 15 minutes but that was as good as it got for the visitors as Kildare took complete charge,  led at at the break 1-11 to 0-5 before Jack Sheridan struck wth two quick goals to seal thegame, Roscommon not scoring from 15 to 54 minute.

Kildare will now play Down in the Christy Ring final, and both teams will be promoted to the Joe McDonagh Cup in 2021, the rank outsiders shocked Offaly in a shoop-out