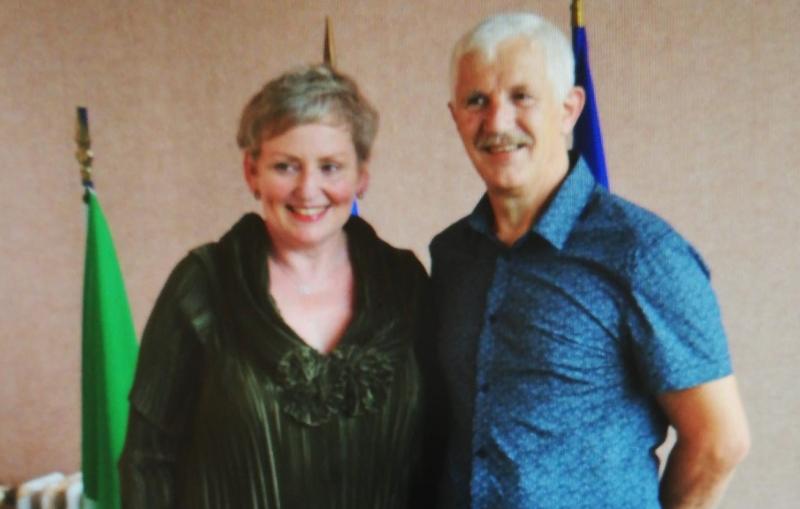 A 'twin town' romance lead to a match of a different sort in France last Saturday when Susan Clare tied the knot with Alain Leulier after a long-running international romance - which started on a soccer exchange trip.

Athy has been twinned with Grandvilliers - a small town near Beauvais in the Picardy region of northern France since 2004.

Susan, who moved to Athy 25 years ago, became secretary of the Athy Town Twinning Committee at the request of chairman Tom Kearney.

She told Kildare County Council's Kildare Community Stories Facebook page: "My two boys TJ and Wesley were sports mad and I was already helping with administration at the local soccer club. I told Tom I’d do it until they found someone else. Famous last words!"

When TJ went on a soccer trip to Grandvilliers, his mum accompanied the group as chaperone - and met for the first time Alain, a teacher and football coach who was involved with the teams. 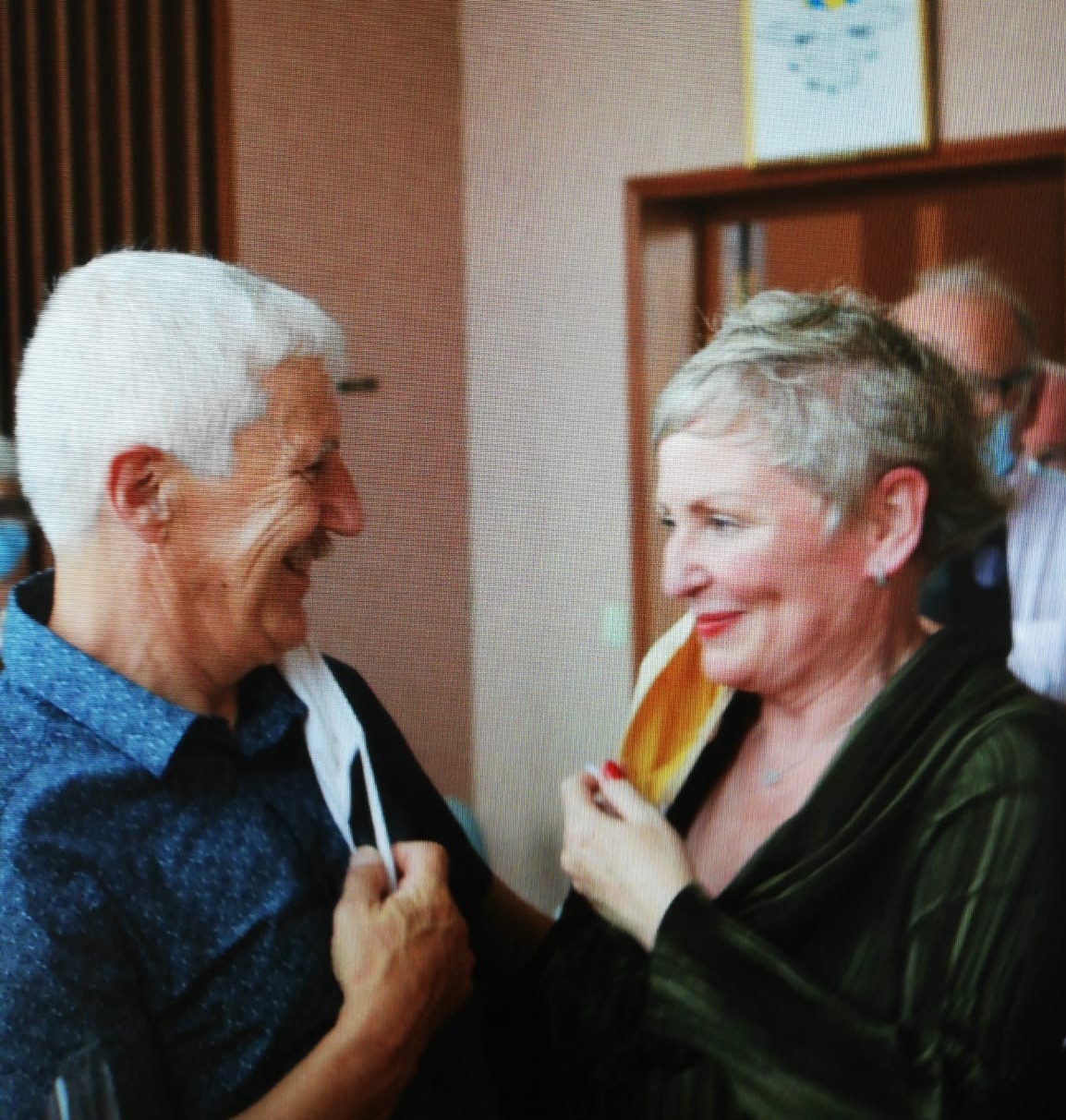 The happy couple wore face-masks at their wedding

Alain visited Athy a while later on a twinning trip with his son Benoit, and stayed with Susan and her sons. "Athy families host their French counterparts during these trips. That’s the twinning way.

"Alain didn’t speak English and I had no French, so there wasn’t much conversation. We were both going through divorces at the time, so we weren’t thinking of romance."

Yet - in the following years during Alain's return visits to Ireland - friends saw the connection between the pair and tried their hand at matchmaking. "They would drop hints and seat us together at twinning functions," said Susan.

But three years ago, romantic Alain finally made his move on a return visit to the south Kildare town. "His English was better by then and one evening, after a few pints with the twinning group, he asked if he could come back to Athy. I said, ‘Sure, you come back every second year for the twinning’. He replied, ‘I meant that I would come back to see you’."

A long-distance romance followed as the couple got to know each other better over email.

"It was nerve-wracking. I was 49 then and wondered if we were doing the right thing starting a new relationship when we both had complicated histories. I flew over to see Alain every month. I worked in Vanity Fair boutique in Newbridge and my boss was very understanding about me taking time off. I think she could see it was the start of something and she wanted to help. 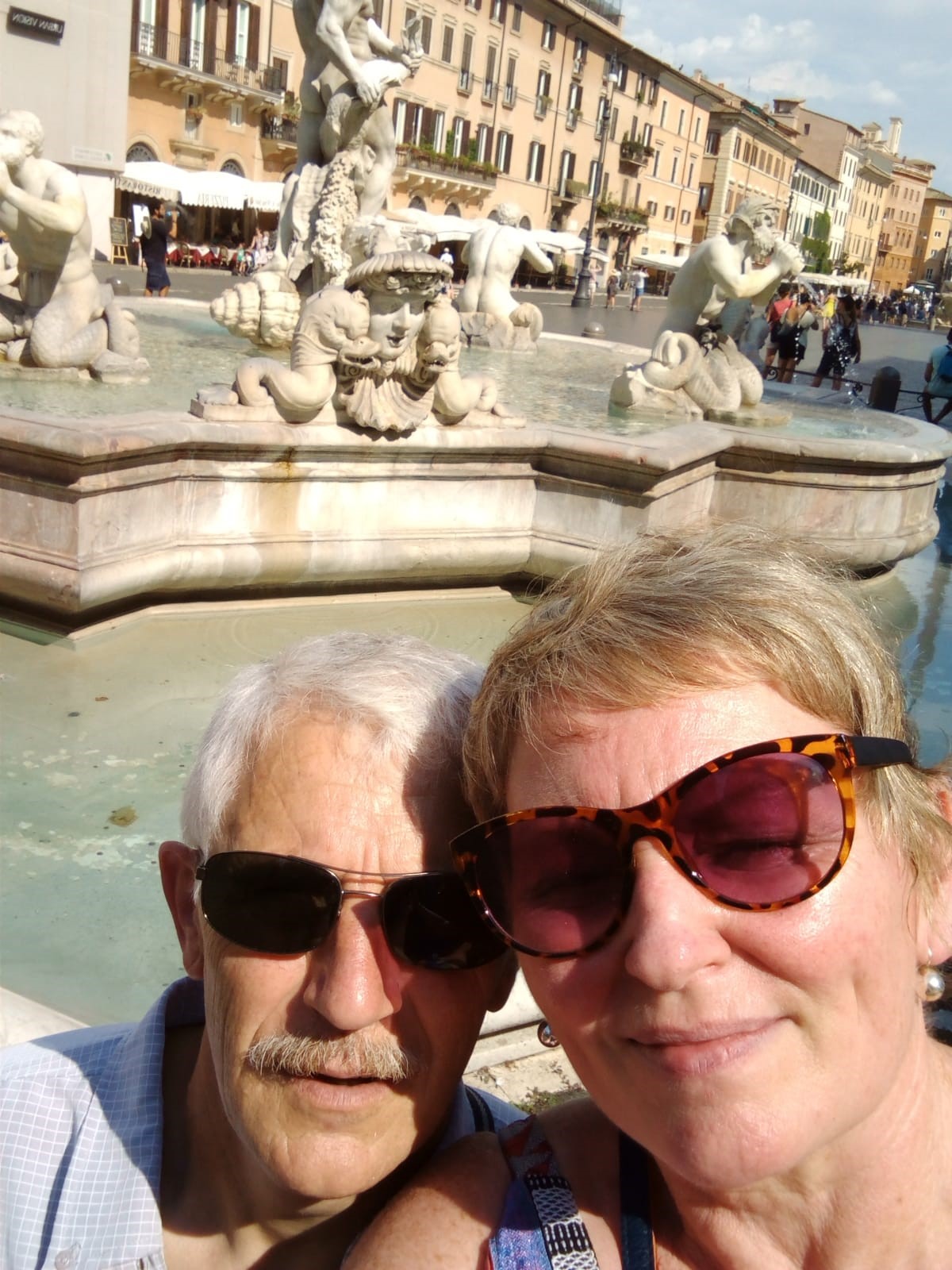 Susan and Alain on holiday in Rome

"After a year and a half of doing that, Alain sat me down and said, ‘It’s time for you to move to France’. I had just bought a new house, but I knew he was right."

Susan left for France last January, a day she described as the 'hardest day of my life'. Her two boys, now in their twenties, encouraged their mother to follow her heart - 'that was really important to me'.

"Now I’m living in Grandvilliers, in a house surrounded by farms. The timing wasn’t perfect with the onset of a global pandemic, but I keep myself busy. I love art and design and I find and upcycle furniture pieces. I keep in touch with my family and friends at home too. They’ve been a great support.

"Alain and I got married last Saturday in the Council office in Grandvilliers. My family couldn’t be present but they joined us on Zoom.

"I’m very happy with the path I’ve chosen. I have a new life now, even if the sweltering heat makes my straight hair curly!
Alain and I are happy together and we know each other so well. Alain is a little older and I’ve had a brush with cancer so we both know there’s no time to waste. He’s a good man. I want for nothing. I have absolutely no regrets."